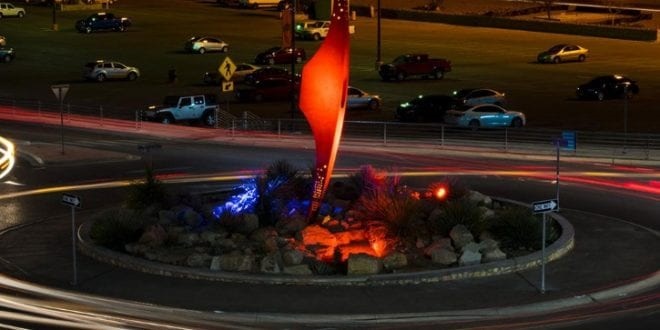 Nineteen student-athletes, both past and present, will graduate from The University of Texas at El Paso this weekend.

The list of graduates includes nine representatives from the football program, three from women’s golf, two each from women’s basketball and softball, and one apiece from soccer, volleyball and track & field.

Ariona Gill led the UTEP women’s basketball team in rebounding, and was second in scoring, as a senior during the 2019-20 campaign.  Abbie Anghelescu, Shannon O’Dwyer and Crystal Wu were instrumental in the Miner women’s golf team posting a school-record four tournament victories during the 2018-19 season.

Bryanna Molina (softball), Cayla Payne (soccer) and Mallory Yost (volleyball) have been staples in the starting lineup for their respective sports over the last couple of seasons.

Has seen his most extensive action as a Miner this season, rushing 28 times for 111 yards and three touchdowns … picked up his season-high 39 rushing yards at Charlotte … member of the C-USA Commissioner’s Academic Honor Roll (2018) … Multidisciplinary Studies major.

Key member of the UTEP secondary over the last three seasons … has appeared in 29 games for the Miners, with 78 tackles and 12 pass breakups … posted 11 pass breakups, the eighth-most in a season in school history, during the 2019 campaign … member of the C-USA Commissioner’s Academic Honor Roll (2019, 2020) … Multidisciplinary Studies major.

Has seen action at running back and wide receiver during a UTEP career that began in 2016 … career totals are 44 carries for 153 yards and three touchdowns, and 45 receptions for 499 yards with one score … rushed for a career-high 56 yards at seventh-ranked Oklahoma during the 2017 campaign … Multidisciplinary Studies major.

Has emerged as a major weapon in the UTEP receiving corps over the last two seasons after transferring from Cerritos College … has tallied 76 receptions for 944 yards and six touchdowns in the Orange and Blue … posted his career-best 120 receiving yards at ULM earlier this year … also returns kickoffs and punts for the Miners … member of the C-USA Commissioner’s Academic Honor Roll (2019, 2020) … Multidisciplinary Studies major.

Played for the Miners from 2018-20 after transferring from San Jacinto College … in 52 games for UTEP (41 starts), averaged 10.5 points and 6.7 rebounds … collected career-highs of 25 points, 18 rebounds and five steals with the Miners … ranked second on the team in scoring (12.0 ppg) and first in rebounding (8.5 rpg) as a senior … Multimedia Journalism major.

Has started all seven games at safety for the vastly improved Miner defense in 2020 … has been credited with 32 tackles while adding a pass breakup, quarterback hurry and fumble recovery … member of the C-USA Commissioner’s Academic Honor Roll (2017) … Multidisciplinary Studies major.

Starter at left tackle in the UTEP offensive line over the bulk of the last two campaigns … his efforts helped Treyvon Hughes rush for 12 touchdowns in 2019, and Deion Hankins run for a UTEP freshman record seven scores in 2020 … Multidisciplinary Studies major.

Spent four seasons (2016-19) in the Miner linebacking corps … played in 36 games and picked up 81 tackles, five tackles for losses, two sacks and five quarterback hurries … started 12 games, including seven as a senior … posted nine stops versus Tennessee in ’18 and Charlotte in ’19 … Multidisciplinary Studies major.

Set to play her senior season for the Miners this spring … the defender has appeared in 55 matches for UTEP with 43 starting assignments … career totals are three goals, four assists and 10 points … helped the Miners register seven shutouts in 2019, while limiting six other opponents to just one goal … Multimedia Journalism major.

In 2019, became the first UTEP player to record one or more interceptions in four separate seasons in 12 years … finished his Miner tenure with six picks … also posted 182 tackles and 17 pass breakups … played in 47 games for UTEP with 26 starts in the secondary … member of the Conference USA All-Freshman Team in 2016 … Multidisciplinary Studies major.

Has appeared in 16 games for the Miners, primarily on special teams … member of the C-USA Commissioner’s Academic Honor Roll (2020) … General Business Major.