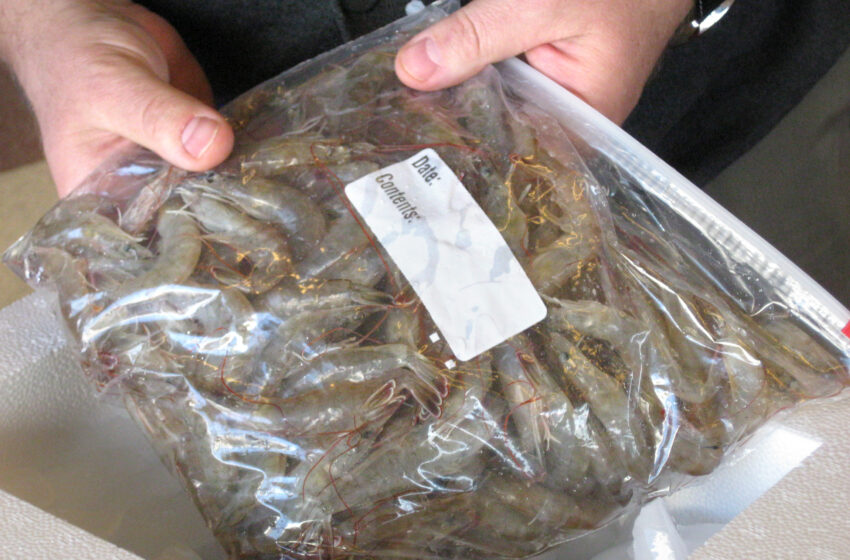 Carrillo will pitch the company’s business model at the final event of Fish 2.0, a competition that aims at creating investments for sustainable seafood businesses, Nov. 10-11 at the Sustainable Seafood Innovation Forum at Stanford University. Carrillo and his competitors will have just 90 seconds to pitch to a panel of investors for a chance to win a $5,000 prize.

“We are excited to be one of the finalists,” Carrillo said. “We could have never made it without the support from NMSU and the Arrowhead Technology Incubator. What makes this partnership successful is that research developed by the NMSU Agricultural Experiment Station is incubated by Arrowhead and molded into a commercial venture that ultimately helps the citizens of New Mexico and its economy.”

Carrillo began participating in Fish 2.0 in January, and worked with mentors including Robert Macy, the College of Business Bill & Sharon Sheriff Endowed Chair in Entrepreneurship, on his pitch. The competition consists of five phases, during which participants are grouped into three tracks, then develop a business model and a compelling investor pitch.

The fifth phase is followed by the finals competition. Beyond the competition, sponsors will offer at least two professional services awards per track to any finalist or runner-up. The awards will total $150,000.

Participating businesses will also have opportunities to continue conversations with investors privately, and be the focus of ongoing media and promotion by the contest.

Any money Carrillo wins will be used to create a franchise model to support the development of shrimp facilities throughout the United States.

“It’s incredible exposure, no matter what the outcome is,” said Zetdi Runyan, director for the Technology Incubator at Arrowhead.

Carrillo said he hopes to start a crowdfunding campaign early next year to help expand the company, which began in 2011 as a study comparing shrimp raised on a feed incorporating glandless cottonseed meal with shrimp raised on a commercial feed. The company has bloomed into a possible solution to the decreasing numbers of seafood supplies worldwide, and as an alternative to imported seafood that is sometimes treated with preservatives and antibiotics.

The company recently expanded to a 12,000 square foot facility in Mesquite, N.M., and will host a ribbon-cutting ceremony there soon.