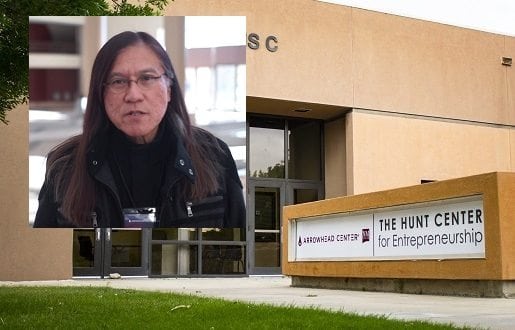 For decades, these iconic Native American cultural treasures have shaped the landscape of the state’s aesthetic and provided value to artists and buyers alike.

However, an investigation into a complicated web of fraud in the Native American art market has brought to light the extent of exploitation of Native American artists and designs. Just this month, National Geographic Digital reported that a well-known Albuquerque business owner pleaded guilty to two felony counts for violating the Indian Arts and Crafts Act by “importing into the U.S. contraband jewelry worth $11,800,000 in wholesale value between October 2010 and October 2015.”

Propelled by his inimitable background as a working artist and professional designer, entrepreneur Roy Montibon is working to combat this problem. He knows it will take decades to solve, so in the process he also wants to raise awareness of the issue so artists can protect their work and livelihoods.

Montibon Provenance International’s mission is to transform the global art market with comprehensive, one-of-a-kind solutions that leverage unique scientific and technological discoveries to significantly reduce risk, threats and expense. The innovative technology is not bound by particular markets; rather, it offers a timely and innovative approach that spans the arts and antiquities market, contemporary art market, and Native American art market, as well as the artists and buyers in these markets.

“Fraud is also an economic issue,” Montibon said. “Part of what we’re doing by protecting both artists and buyers has an economic benefit. It will eventually raise the value of the work in the market.”

MPI’s technology protects artifacts of all media, including but not limited to weavings, paintings, jewelry, sculpture and rare books.

MPI lessens the risk and increases confidence for collectors of arts and antiquities.

The company also provides tools to law enforcement for investigations and prosecutions, as well as establishes admissible evidence for court cases. MPI developed a method of identifying and tracking chain-of-custody for a work of art with documentation that cannot be forged. This is a huge step forward, as gallery certificates that currently come with purchased objects are easily forged or counterfeited.

Montibon has also been involved with Arrowhead’s Tech Sprint program, sponsored by the U.S. Economic Development Administration University Center for Regional Commercialization and the New Mexico Gas Company, as well as the New Mexico Small Business Assistance program, which connected him with scientists at Los Alamos National Laboratory.

With the help from NM FAST, Montibon is now applying for a Department of Defense SBIR award after meeting with Naval Sea Systems Command (NAVSEA) representatives at NM FAST’s Innovation Summit, held in Albuquerque in December 2017. NAVSEA has an interest in solving immediate counterfeiting problems.

Through his work, Montibon was startled to realize that some people willingly buy or order counterfeit merchandise. He insists that it crosses economic boundaries, that even wealthy individuals are happy to buy fakes.

“This situation is mind-blowingly unethical and is why part of my mission is to educate buyers in the ways their actions may harm real people and perpetuate poverty,” Montibon said, explaining that fraud, forgery, theft and counterfeit documentation are separate yet intersecting issues.

Unscrupulous dealers visit artists on reservations and buy up hand-hewn jewelry for as little as $10 per piece, which Montibon says is not an exaggeration. The artist, paid such an exploitative price, will use that much-needed money for living expenses. The dealer then sells the rings online or at shows for, – $200, $300 or $400. – Though not technically illegal, the cycle means these vulnerable artists will never get out of poverty.

“It is similar to the situation of piece rate workers in third-world garment factories,” Montibon said. “But it’s not happening in a third-world country, it’s happening here. For multiple reasons, many tribes tend to not pursue fraud cases, and do not usually follow up with a civil suit.”

Thieves and fraudsters know this vulnerability and perpetuate it. Without the usual risk of high dollar lawsuits, law enforcement attention, or bad press, Native artists make for a juicy target. Montibon equates the situation to the way U.S. banks were easy targets for robbers before the advent of extensive security measures. His technology encircles objects with layers of extensive security and provenance.

MPI directly ties secured documentation to the object and offers extreme privacy for seller and owners in the highly secretive art world, where buyers often have purchasers to stand for them at auction. Montibon honors this anonymity with his work in cybersecurity.

He notes that artificial intelligence will identify patterns and break traditional encryption methods quickly, which poses a massive security risk for everything from trade secrets to medical records. MPI’s method is not dependent on public/private keys or traditional encryption algorithms. Instead, the process requires cultural, not just mathematical knowledge.

“It’s closer to the Rosetta Stone than common encryption methods. The Greek, plus hieroglyphic and demotic Egyptian script has taken researchers and hobby code-breakers decades to decode. Our process is simple, but will be very hard to break, and utilizes long-term data archiving that will not be written to common digital storage media,” Montibon said.

MPI is currently for-profit, working with contemporary artists and collectors to provide a financial base. But the question persists for Montibon – how do we help the most exploited?

MPI is grounded in social entrepreneurship. In the future he will expand with a non-profit arm, or public benefit corporation funded by industry partners to provide services at low or no cost to the most impoverished Native American and indigenous artists. Montibon is not interested in business solely to make money, but rather is committed to a model that does social good.

The Santa Fe Indian Market, produced by the nonprofit organization Southwestern Association for Indian Arts and held weekly at the Palace of the Governors, provides a setting to mitigate fraud, as consumers purchase directly from artists on the Plaza. This setting also offers a chance for artists to educate buyers on their work. Montibon champions this type of direct market and hopes in the future, the same level of integrity can be preserved through other outlets.

He maintains that educating artisans with a campaign that provides assistance in marketing, promotion, and other entrepreneurial support would also bolster efforts to raise awareness.

NM FAST has expanded its reach in assisting native populations with these business aspects. The program is currently collaborating with the Navajo Tech Innovation Center, and national organization theIndependent Native American Intellectual Property Enterprise Council, a non-profit organization “whose sole purpose is to provide direct help and assistance to Native American inventors.”

A SBIR workshop at the Navajo Tech Innovation Center in June will be tailored for the community, and educate attendees on the resources and programs available to them. NM FAST also has an extensive library of resources, such as a video series on its YouTube channel and proposal development documents that provide access to entrepreneurs throughout New Mexico.

“As a New Mexico entrepreneur, the assistance we’ve received, and continue to receive, from Dana Catrons team at Arrowhead Center has been invaluable,” Montibon said. “Starting up a new business here can be a challenge, but the scientific resources in New Mexico are extensive and accessible. We appreciate all of the state, federal and private entities that support economic development and research programs, including Arrowhead Center. Dana and her team are always there to mentor and help in any way that they can. They are the real deal and I highly recommend them to any entrepreneur in the state.”

Native artists and tribes interested in participating in the launch of MPI’s Protect Sovereign Native Art Initiative as beta-test clients can join by contacting MPI directly. To engage with MPI, visit montibon-provenance.com.

For more information on NM FAST, visit arrowheadcenter.nmsu.edu/nmfast. NM FAST is funded in part through a Cooperative Agreement with the U.S. Small Business Administration.