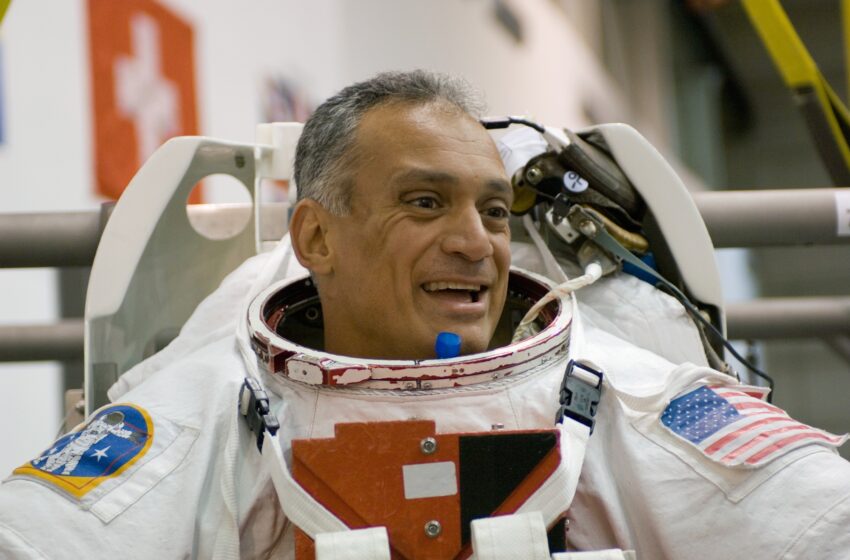 The collection at the New Mexico Museum of Space History has grown significantly over the past couple of years and this Saturday, June 24, attendees to the quarterly Warehouse 1402 Behind the Scenes tour will get a sneak peek at a select few of those items.

Just in the last few months, the museum has received artifacts on loan from Johnson Space Center in Houston and Astronaut Danny Olivas, both containing many flown items.

Among the treasures that will be shown will be the cover assembly from Apollo 13 which has burn marks from re-entry; a sample moon rock bag container; Olivas’s flight suit worn for his T-38 trainings plus other very special items that have not yet been put on exhibit.

Those who come to this presentation will be among the first to see these artifacts.

The Warehouse 1402 Behind the Scenes tour will be this Saturday, June 24, at the Museum Support Center, 1402 Eddy Drive, at9:00 am. The free program will be presented by Museum Curator Sue Taylor and Assistant Curator Jim Mayberry.

Free coffee and donuts are compliments of the International Space Hall of Fame Foundation. The Museum Support Center is a large metal warehouse located at 1402 Eddy Drive, which is just off 10th Street West of the railroad tracks.

Astronaut Danny Olivas is one of UTEP’s...