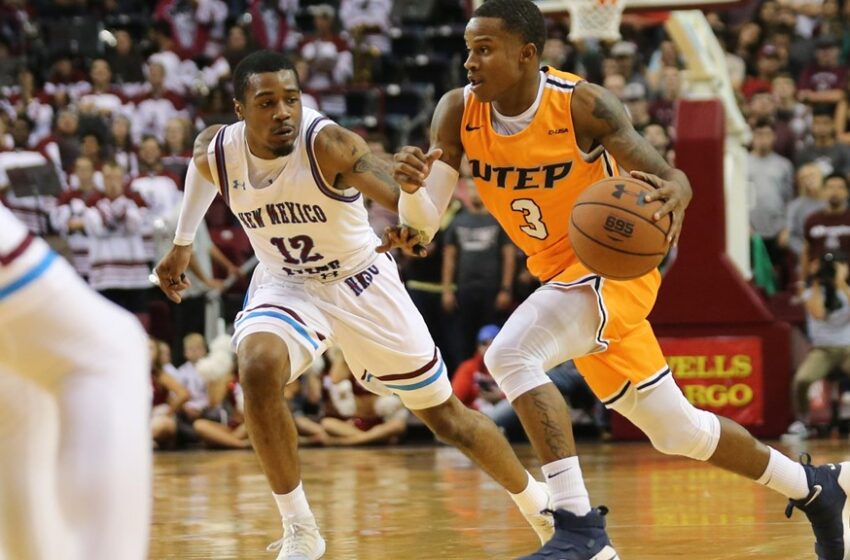 LAS CRUCES, N.M. – Evan Gilyard scored a team-high 23 points and Kobe Magee added 15, but NM State surged out to a four-point lead heading into the locker room after being down most of the first half.

“NM State pulled away and we just kind of stopped guarding them. Our defense kind of let us down towards the end of the first half,” first-year UTEP Head Coach Rodney Terry said. “We got off to a great start from an offensive standpoint, but those guys [NM State] made some big shots to close out the first half the right way. At halftime the challenge was, for our young guys, ‘how are you going to come out and respond?’ We’re going to come back and put it on our defense, really come out and try to get a stop. We had to start the half the right way, set our defense and try to get back after it again.”

The Aggies (2-0) then took care of business during the second half in front of their home crowd to down the Miners (1-1), 96-69, on Friday night in the Pan American Center.

NM State outscored UTEP, 53-30, during the big second half.

The Miners got within six points (51-45) during the second period, but the Aggies used another run (8-0) to pull away for good.

Freshman Efe Odigie registered another double-digit performance after scoring 12 points, while also pulling down nine rebounds for the second straight game to open his UTEP career. Senior Paul Thomas tallied 10 points, while freshman Jordan Lathon chipped in with six and sophomore transfer Gilles Dekoninck connected on a three-point bucket during the first half.

Gilyard produced his first back-to-back 20-point effort in his career after leading the Miners in scoring with 24 points against UT Permian Basin on Nov. 6. Gilyard also drew a pair of charges during the contest.

“This year’s team will need [Gilyard’s] scoring,” Terry said. “Obviously, he’s an older guy who is able to do that and we’re allowing him to be able to do that for us. Nigel [Hawkins] will bring some scoring as well for us.”

Up Next
UTEP will play at Pac-12 power Arizona on Wednesday, November 14. Tipoff is set for 6 p.m. MT at the McKale Memorial Center.