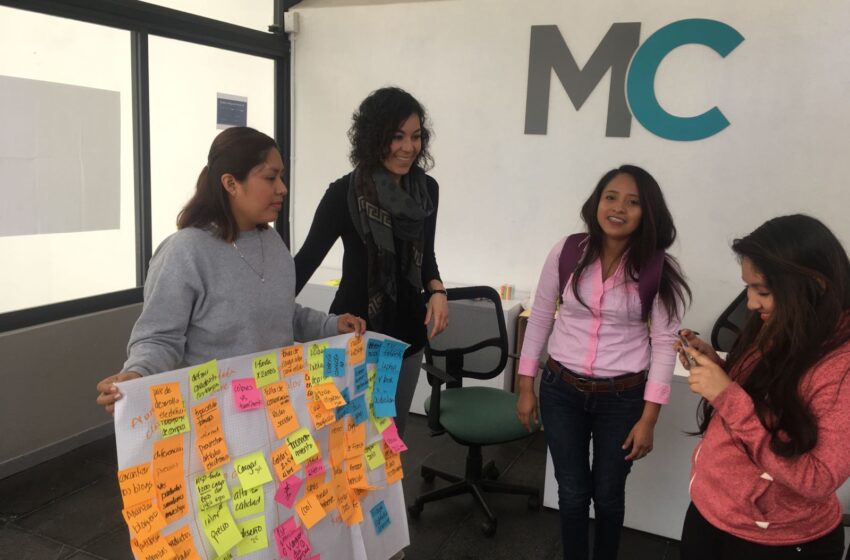 The four-month, fast-paced personalized business acceleration process, created and implemented by Arrowhead Center, is a highly selective and competitive entrepreneurship program that engages aspiring entrepreneurs throughout Mexico. The program focuses on business model development and offers a global perspective in considering possible markets for the participating ventures. One of the benefits of this development process is that it initiates potential deal flow of projects that could be located in the region, bringing jobs with a global reach into the local market.

This round of Atrévete a Emprender started with more than 300 interdisciplinary and inter-institutional teams, with participants from undergraduate and graduate programs. This month, the government of Mexico City announced the final 10 teams from the most recent cohort, each of whom will receive three months of continuous advising and mentoring. Five additional teams were selected to receive assistance with prototyping.

Martinez said the Mexican student entrepreneurs she has worked with in the program demonstrate a deep knowledge of their projects and a high level of commitment.

“I feel like I am speaking with seasoned PhDs in these areas of research,” she said. “That is the level of intelligence of these students.”

Final team projects in the 2016-2017 cohort come from all disciplines, including such varied areas as agricultural innovations, digital education platforms, app development, and prosthetic health advancements.

Team successes range from overcoming mental barriers to securing end users and licensing technologies. For example, Team Biofloxi developed a plant-derived and biodegradable detergent. The team initially imagined their beachhead market would be mothers who shop in traditional grocery stores. During an intense customer discovery process, the team observed consumer detergent purchasing behavior at a natural and organic foods store, after which they realized a potential for higher-income markets. The team had their first sales by the end of the program.

Team OrteProts developed a hip-to-foot prosthetic, along with an augmented reality game to help users integrate the limb and technology for physicians to use to measure tissue damage in a patient’s affected limb. At the time of final team selections, OrteProts secured its first end user, who ordered prototypes of the product for $100,000 pesos. This transaction and user-testing will fast-track the innovation for further medical testing and certification.

Team Kitofruit licensed its technology with the group’s associated university, National Autonomous University of Mexico. The team developed a 100 percent natural coating that preserves perishable fruits and vegetables during transport. The innovation reduces refrigeration requirements, which provides both a reduction in cost and an increase in product quality.

In addition to business and entrepreneurial education, students in Atrévete a Emprender gain relevant skills and professional experiences that benefit them regardless of their next decision in life. Martinez said an overarching goal of the program is to help students situate themselves as powerful thinkers and effective makers.

“If a person doesn’t think change is possible, they won’t push for it,” she said. “Our process forces teams to consider possibilities outside their own contexts. This allows greater opportunities for teams’ businesses to become a reality through the validation they receive from their customers. Only those who believe change is possible will act upon making it happen.”