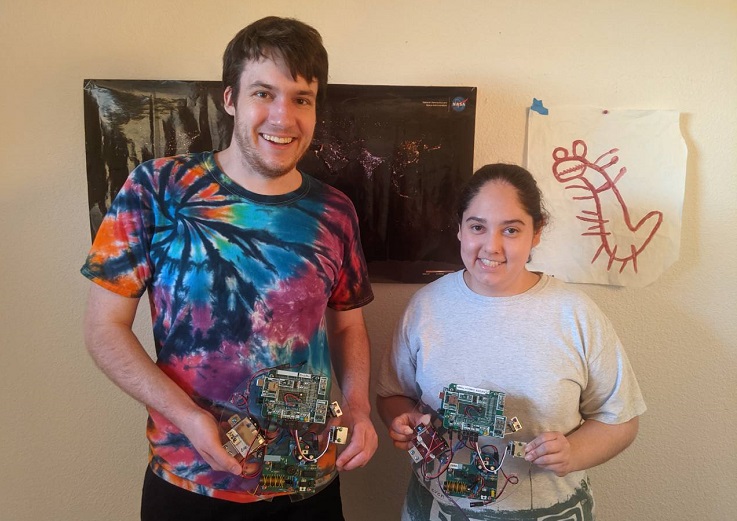 Atomic Aggies team members David Fricke and Anita Jimenez hold the two RockOn! Mission payloads before they were sent to Colorado for inspection. One of the payloads was launched in June and the second will be launched in September onboard a high-altitude rocket. | Photo courtesy Anita Jimenez

Anita Jimenez, aerospace engineering student and Atomic Aggies student advisor, said she and her team members took on the challenge after having the 2020 Spaceport America Cup canceled due to the COVID-19 pandemic.

“Last summer when the pandemic hit, we kept building the 2020 payload getting it ready for launch and it was very much kind of the same concept,” Jimenez said. “We essentially got the band back together and built two more payload experiments.”

Paulo Oemig, director of the New Mexico Space Grant Consortium, said he knew Jimenez was the right person for the job.

“In supporting the Atomic Aggies in their Spaceport America Cup efforts, I have gotten to know Anita and worked with her and the team,” Oemig said. “I recruited Anita to participate in RockOn because I believe she represents the Aggie spirit. She is selfless, community-oriented and is an inspiration to bring along other students.”

Jimenez and her team were lucky to have one payload in each launch because the selection was made randomly. She explained it was the best-case scenario for the team. After the launch from the Wallops Flight Facility, the payloads were sent back to students to retrieve the rocket data.

“We get to compare the data from the balloon and the rocket, as long as it survives the flight recovery because it does get in the ocean,” Jimenez explained. “We wanted to get our payload on the rocket because of its altitude of over 68 miles and the G forces it will reach. We can also compare the NASA rocket data with one of our own student-built rockets.”

Although participating in the RockOn! project meant extra work, Jimenez said it was worth it to gain important hands-on experience in payload building and integration.

“I took one of the payloads on by myself,” Jimenez said. “CSGC provided video tutorials on the assembly of the payload, and I followed them. I messed up once, but we fixed it and the outcome was rewarding.”
In July, the team received the payload back from NASA and CSGC.

“Being able to hold the payload that we built and worked with, just realizing that it went 69 miles above Earth, collected data and came back to us in one piece, is truly special,” Jimenez said. “It shows you what you can do when you just take a chance with a project like this.”

Oemig said missions like these are important to prepare university students for real-world scenarios in their fields.

“In conversations with federal agencies and people from the private sector, they all express the same thing: there is a disconnect between students’ academic preparation and the skills and experience required in a knowledge economy,” Oemig explained. “Anita and her team build upon the skills required in the private sector by going through the whole process from grant application, budget justification, payload conception and integration, deployment and recovery, and analysis and reporting.”

After the balloon launch in September, Jimenez and the team will compare data from their own rocket launches and NASA’s launches. “It has been an incredible opportunity,” Jimenez said.

The suborbital-sounding rocket was launched from NASA’s Wallops Flight Facility in Wallops Island, Va. in June. A video of the launch can be viewed via this link. 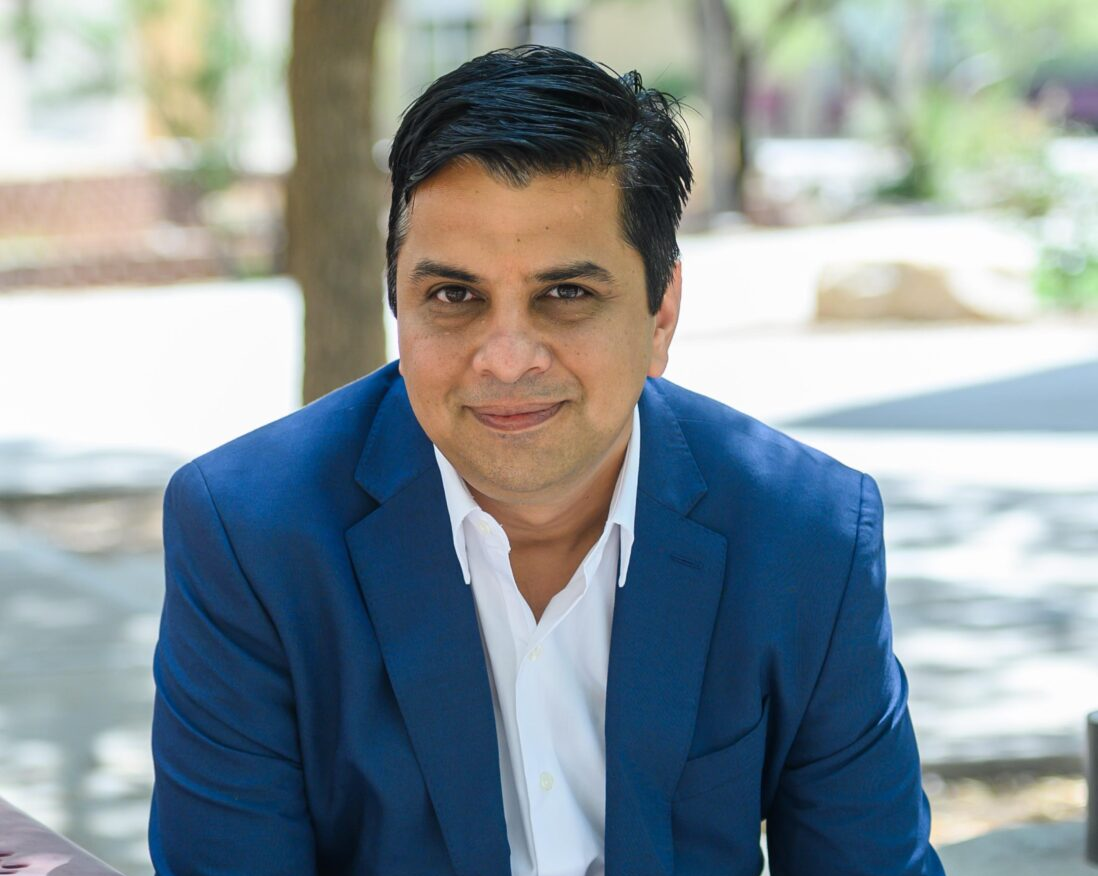 NMSU researcher: Nearly half of adults in...