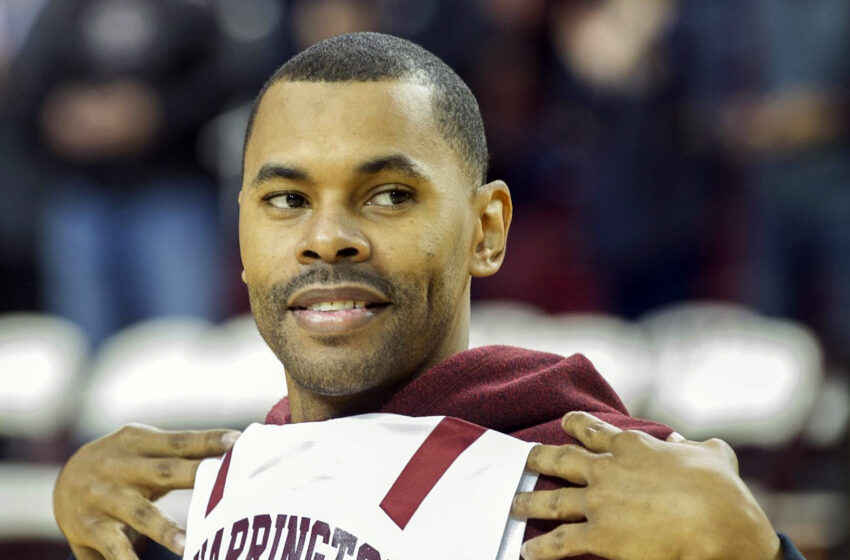 An associate professor of English at New Mexico State University recently published his fourth book telling the true story of Shawn Harrington, a former Aggie basketball star who was shot and paralyzed in Chicago in 2014.

Rus Bradburd started work on “All the Dreams We’ve Dreamed: A Story of Hoops and Handguns on Chicago’s West Side’ in 2015.

“Shawn was working as a high-school basketball coach in Chicago at the time,” Bradburd said. “He was driving his daughter to school in a rental car. It was a case of mistaken identity, these guys ran up to his car and opened fire on him and he dove on top of his daughter and saved her life but he took a bullet in the back.”

Bradburd, who coached basketball at the University of Texas-El Paso and at NMSU for a combined 14 years and who coached Harrington during his 1995-1996 season with the Aggies, had lost touch with Harrington by the time of the shooting.

“To me it was such a remarkable act of heroism and it drove me crazy that this guy wasn’t being treated like a hero,” Bradburd said.

Shortly after the shooting, when Bradburd learned about the shooting, he started advocating for Harrington by contacting media in and around Chicago.

“Finally a writer I’d been irritating said to me, “Why don’t you write something about Shawn yourself?” Bradburd said.

So he started work on ‘All the Dreams We’ve Dreamed.’

“As a player Shawn did everything a coach would want him to do,” Bradburd said. “He graduated from college, he was a good parent, he went back to his high school to try to make a difference by teaching. The more he got ignored, the more obsessed I got with the story.”

The biggest challenge Bradburd faced in writing the story was approaching the inherent emotionality of the story. Bradburd also expanded the story beyond Harrington and included stories of other people, mothers whose children had been shot.

“I think a lot of people know these shootings and murders go on but we tune them out,” Bradburd said. “I hope by telling this particular story and the story of Marshall High School, which since Shawn was shot has had seven people shot over three years, it brings a focus and

empathy to what these people are going through and what life is like on a daily basis on Chicago’s west side.”

Bradburd retired from coaching basketball in 2000, working at the time for the famed Lou Henson, and enrolled in NMSU’s creative writing MFA program. Currently he teaches fiction at NMSU. Two of Bradburd’s previous books are nonfiction and the third is fiction. He is currently at work on a satirical novel.

“All the Dreams We’ve Dreamed” is available on Barnes & Noble’s website and on Amazon.