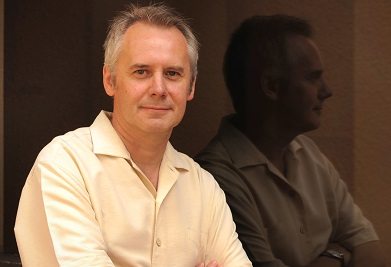 New Mexico State University’s Department of Government is hosting a colloquium series titled “Democracy in Question?” to reflect on the local, national and global implications of recent major political events such as the Brexit vote and the 2016 U.S. elections that are impacting democracy.

“Each presentation will introduce main ideas and arguments regarding key issues, such as the meanings of democracy in different historical and national contexts,” said Neil Harvey, NMSU government professor and department head in the College of Arts and Sciences. “We will also discuss the role of critical thinking in the study of politics, current challenges facing democratic institutions and citizen participation, and possible scenarios for the coming months and years.”

The series begins on Tuesday, Feb. 7 with a presentation by Sabine Hirschauer, NMSU assistant professor in government. The title of her lecture is “Populism and Elections in Europe in 2017.” Her Presentation will focus on upcoming elections in the Netherlands, France and Germany in 2017 as well as Russia in 2018, with reflection on implications for democracy and the European Union. Hirshchauer’s research interests include security studies, human security, migration, identity and gender.

All lectures will be presented from 4-5 p.m. in Breland Hall, Room 179. They are free and open to the public.

On Feb. 14, Gil Arturo Ferrer Vicario, professor with the Autonomous University of Guerrero and Emiliano Díaz Carnero of the Universidad Iberoamericana, both in Mexico will give a presentation titled “Indigenous Peoples and Participatory Democracy: Lessons from Community Policing and Territorial Disputes in Guerrero, Mexico.” This presentation will be delivered in Spanish with English interpretation provided.