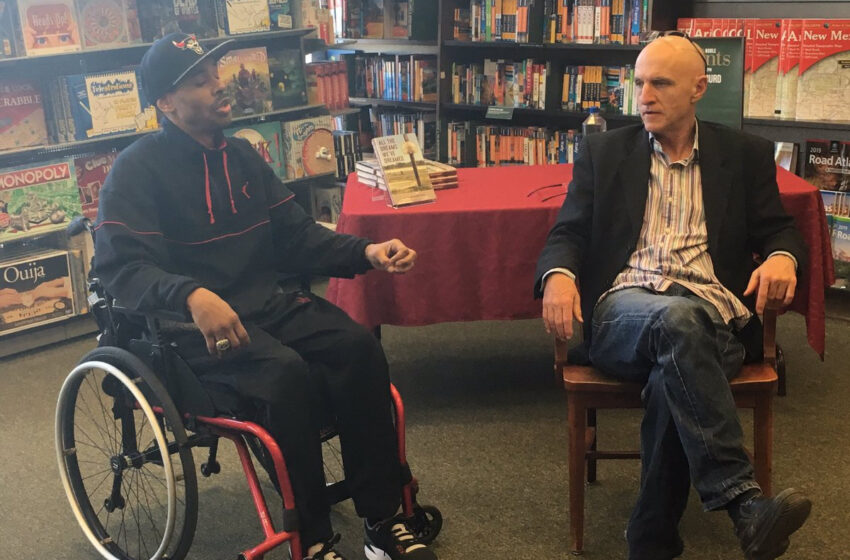 Rus Bradburd has spent his life writing and coaching sports. As a former basketball coach, Bradburd understands the significance sports can play in someone’s life beyond perfecting the performance on the court.

A Chicago native, he coached basketball at the University of Texas at El Paso and New Mexico State University for 14 seasons before resigning to pursue a writing career in 2000.

“I couldn’t really remember Lou Henson’s offense, but I remember that story of him bringing the first black players and Mexican American assistant coach to his first college coaching job. I have always been more interested in the stories in sports.”

As an NMSU professor of English, Bradburd’s research often focuses on the impact sports can make on social change. Recently, he was selected to receive a Fulbright Scholar Award to spend the spring 2022 semester in Belfast, Northern Ireland, where he will teach in the Seamus Heaney Centre at Queen’s University.

The Fulbright U.S. Scholar Program sends 800 American scholars and professionals per year to 130 countries where they lecture and/or conduct research in a variety of academic fields.

In addition to teaching two writing classes, Bradburd will spend the semester interviewing minority athletes and immigrant refugees from the predominantly white sports to understand their views. Bradburd sees the bridge sports can build between players from his personal experiences as a young man in basketball.

“The first African American kids I ever knew or were friends with was through sports,” Bradburd said. “If it hadn’t had been for basketball, I would’ve had a very different upbringing in terms of people I came in touch with across racial divides. You can say the same for so many. I think sports is as close as we’re going to get to be an equalizer.

“One of the things I noticed in my writing and research is how sports is often at the forefront of social change in America,” Bradburd said. “For example, Jackie Robinson desegregated baseball in 1947, but the U.S. military was still segregated then. When Don Haskins won the championship in 1966 at Texas Western, there had never been a black professor, but there was the year after. It’s often been sports at the forefront of social change.”

On previous visits to Ireland, Bradburd noticed a similar trend in the purely Irish sports called Gaelic Football and hurling.

“These sports are only played in Ireland,” Bradburd said. “But recently I started to notice in these youth teams you’d see the roster and there would be Paddy O’Brien and then Muhammad Akbar. And I said, ‘What is going on here?’ These Gaelic football and hurling teams have welcomed immigrants with open arms. So, there is this strange phenomenon of refugees playing Gaelic sports, which would not be a typical sport for them in Syria.”

Bradburd hopes he can write a book based on his research in Ireland. He is also talking to a filmmaker to see if a documentary could come out of his project. He expects to leave for Ireland on January 1, 2022, but the date remains flexible due to the ongoing global pandemic.

Bradburd is grateful that NMSU has supported his research when other universities might not. He believes it will shine a light on the influence of race and culture through sports.

“I knew my Fulbright proposal had to address this idea that sports is not merely an escape from our everyday lives. I know it’s also very much a window or prism for us to examine society.”