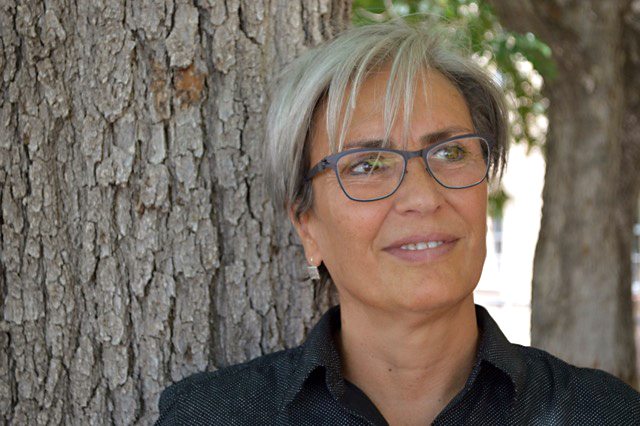 A New Mexico State University professor aims to change the conversation surrounding the experiences of Arab Muslim women living in America with an animated film titled “The Four Hijabs.”

Manal Hamzeh, associate professor of interdisciplinary studies in the College of Arts and Sciences, co-wrote the script for the film with Jamil Khoury of Silk Road Rising, a Chicago-based theater and film company that focuses on storytelling through an Asian-American and Middle Eastern-American lens.

The film, inspired by Hamzeh’s book, “Pedagogies and Deveiling: Muslim Girls and the Hijab Discourse,” follows the journey of three friends who explore the different meanings of the hijab.

While many think of the hijab only as the headscarf worn by many Muslim women, the film identifies four discernible hijabs: the visual hijab, which is the modest dress of both Muslim men and women; the spatial hijab, which is the separator between private and public spaces in Muslims’ lives; the ethical hijab, or the ethical values and practices required of all Muslims; and the spiritual hijab, or the barriers that inhibit deeper spiritual growth and new knowledge production. By interpreting them through Arab Muslim feminist lenses, Hamzeh said she seeks to expand beyond the trapping dichotomy of “to veil or not to veil.”

“We are in a time of a patriarchal battle over women’s bodies,” Hamzeh said. “It’s not specific to one religious community.”

Hamzeh, a celebrated national ex-athlete who grew up in a progressive family in Jordan and first came to the U.S. as a young woman, said she faced questions and intersecting barriers related her gender, sexuality, race and religious heritage, particularly in the post-9/11 United States. Those questions – and a desire to contribute to overcoming those barriers – continue to inform her research and work in social and gender justice issues. She said “The Four Hijabs” helps to distill her dense research into an accessible and entertaining format that she hopes will reach a new audience.

The film portrays a young girl who wants to know the hijab’s meanings in the Quranic text, apart from what she usually hears. Throughout the story, the four hijabs represented in 16 Quranic verses are portrayed as a graphic symbol that speaks out and explains what each really means or does not mean. The visual hijab, for example, is shown to be much more than just a headscarf, and the spatial hijab is not simply about the isolation of women from public spaces and responsibilities.

Hamzeh said the goal of this film is to open space for people, Muslim or not, to question and make multiple meanings of the hijabs mentioned in the Quran.

The animated short film premiered at Chicago’s Silk Road Rising Theater over the summer and will be shown at NMSU next spring. The book, published in 2012, is based on Hamzeh’s doctoral dissertation, which followed her work with a group of Muslim girls in Las Cruces.

Khoury, who co-authored the film with Hamzeh, is the co-founder Silk Road Rising, which produced the animated short.

“The conversation with Silk Road Rising started in 2006 – it was obviously a long process to get where we are,” Hamzeh said. “He was interested in this research and how I framed it. This is another medium to get the word out, and to help people understand my writing, as well as the hijab as a whole.”

Hamzeh hopes the animated film will help bring the discussion to a much wider audience and dispel dominant misconceptions in the West about the meaning of the hijab.

“‘The Four Hijabs’ has been a journey of friendship, solidarity, inspiration, questions, joy, trust, sincerity and imagination,” said Hamzeh, “and I look forward to the conversations it is poised to incite.

“The Four Hijabs” was made possible by support from the Chicago Foundation for Women, a community organization dedicated to advocating for equality and increasing resources and opportunities for women and girls in the greater Chicago area.

For more information about the film, visit http://www.fourhijabs.org