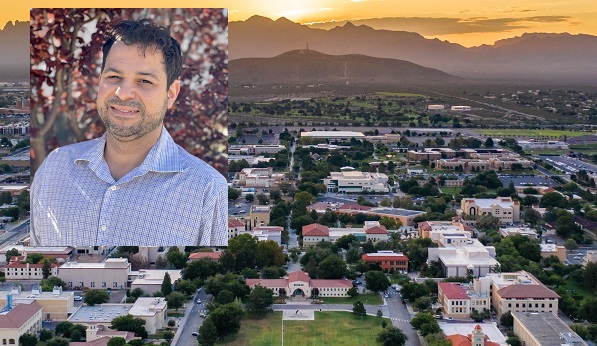 More than a year into the COVID-19 pandemic, while the United States is seeing record numbers of vaccinations and easing lockdown restrictions, other countries that were on par with the U.S. at the beginning of the pandemic, like Brazil, now are seeing a surge in coronavirus cases, leaving hospitals at or near capacity.

According to John Hopkins University, Brazil has recorded more than 300,000 deaths, second only to the U.S. at more than half a million.

Wladimir Lyra, a New Mexico State University assistant professor, created a computer model to analyze the lockdown methods proposed in Brazil at the beginning of the pandemic. He examined vertical confinement strategies to determine whether the proposals would work to stop the spread of coronavirus.

Based on Lyra’s models, 70% of the population would have needed to follow the proposed isolation measures in order to prevent the virus from spiking beyond the capacity of the health system.

“If the lockdown is not done at a 70% level it doesn’t work.” Lyra said. “It lowers the numbers but they are still very high and the health system would still collapse as it is.”

Brazil’s government did not enforce strict lockdowns and instead focused on maintaining the country’s economy. Lyra compares Brazil’s current restrictions to, “a giant Texas.” The country is mostly open with little to no mask enforcements or social distancing restrictions.

“That magic number of 70% should have been met but it was not because of the resistance from the population and the Brazilian government.” Lyra said. “If they would have done that, they would not be in the situation they are in now.”

Lyra, who Brazilian, was personally motivated to test the effectiveness of the proposed vertical confinement method. “I was concerned with the devastating effect of the misguided direction that the country’s COVID-19 policies were taking.”

“Their federal government did not adopt a formal strategy and flirted with the idea of vertical confinement, which they argued would protect the vulnerable elders while keeping the economy open.” Lyra said. In vertical confinement, contact is reduced only to specific groups, like age groups, that are at increased risk of severe disease following their positive case of COIVD-19.

“It was clear to the epidemiologists that this approach would not work, but someone had to show it.”

To examine the effectiveness of this strategy, Lyra analyzed the number of cases and deaths maintained by John Hopkins University’s database, broke down the country’s population in age groups and applied a compartment model usually used in epidemiology.

“In this model, the population is divided into ‘susceptible,’ ‘infectious,’ and ‘recovered.’ The model is mathematized into equations as you transfer people between these groups according to pre-defined rules that mimic how the epidemics evolves.” Lyra said.

“What’s new in our approach was to add more compartments to model confinement, asymptomatic spreaders and hospitalizations, as well as a novel way to determine the reproduction number from the death rate.”

Lyra collaborated with an epidemiologist Jaber Belkhiria from the University of California, Davis to further analyze the data from the biological standpoint. “It was a really interesting collaboration.” Lyra said.

“He would think in terms of epidemiology and I would convert his thoughts into equations. Conversely, I would come up with a mathematical method and he would check if it made sense biologically. The best science often comes from teams of diverse skills.”

With their results they were able to prove their hypothesis – vertical confinement by age group is not an effective exit strategy for COVID-19.

“Essentially, we found that it doesn’t work.” Lyra said. “Even if you confine 99% of the population above the age of 60. You still have enough cases in the age range between 50-60 to overwhelm the health system and bring it to collapse.”

“For the strategy to work, one would need to confine everyone above 50 years old. However, the age range 50-60 is a significant part of the workforce, and thus defeats the purpose of a confinement by age.”

Since the Brazilian government did not implement a 70% lockdown measure, it has now become an epicenter for COIVD-19. However, Lyra is hopeful that the distribution of vaccines will help ease the strain on the healthcare system in Brazil.

Lyra hopes to apply the model with a few modifications to the population of Las Cruces next, which is unique since it is a blend of college town and retirement community, to see how effective a vertical confinement method would have been in Las Cruces.

To read the complete paper and findings, click here.