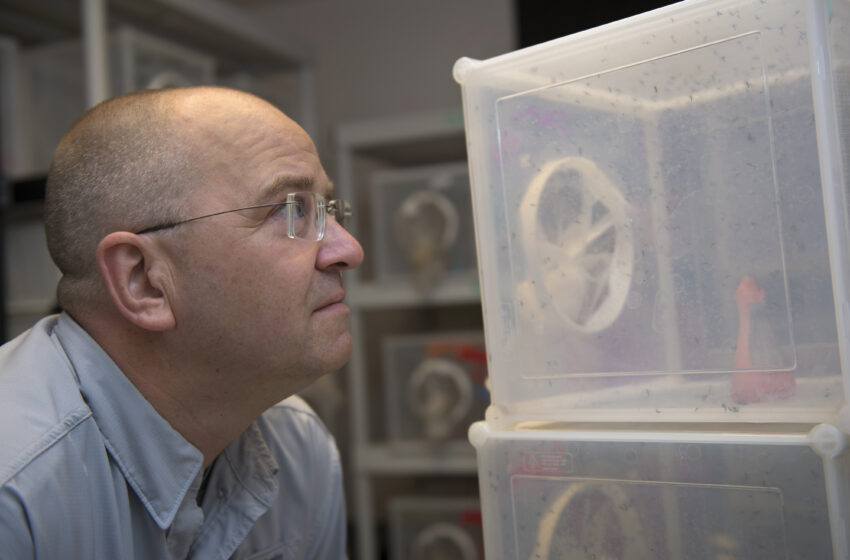 The goal was to discover cheaper and more easily available repellents beyond commercial products to test them in a future study against traditional repellents such as DEET.

They received responses from more than 5,000 participants and recently released a paper detailing their findings.

The survey was available in English, Spanish and Portuguese and was distributed in countries in which residents were likely to speak one these languages. In addition to open-ended questions about repellents, there was a multiple-choice question listing 13 repellent control methods.

As a precursor to this research, Scott previously observed residents of Veracruz, Mexico, using three different methods to repel mosquitoes.

“These were burning mosquito coils that were commercially produced, though I did not learn what the ingredients of these coils were, sprinkling small amounts of gasoline around the perimeter of an area to be protected from mosquitoes, although this was probably the least common method, and burning bundles of dried herbs, which I believe was to produce smoke to keep mosquitoes away since different herbs were used at different times,” she said. “I did not test the effectiveness of any of these techniques, so I can’t say how effective they are.”

“From the responses, we compiled a table of more than 200 techniques people use, from stuff they eat or drink – such as garlic or gin and tonics – to burning various herbs, plants, and even animal dung, to stuff they rub on their skin – again, like garlic – to spatial repellents,” said Hansen.

“For me the most surprising answer was the use of dryer sheets,” said Scott. “I had not heard of dryer sheets being used before, although some other members of our research team were familiar with that method.”

As an anthropologist, Scott’s expertise is in qualitative research.

“My role on this project was to develop the qualitative components of the survey used to collect the data that were analyzed for this project,” Scott said.

“The most commonly used repellent was DEET spray, which made up 48 percent of the responses,” Hansen said. “This also corresponds

with our research that says DEET spray is the most effective repellent.”

The DEET spray particles adhere to mosquitoes’ odor receptors, which prevent them from locating a human with DEET particles around him. From Hansen’s research, mosquitoes have not developed any kind of resistance to DEET, as they have to large-scale insecticides used by public-health agencies to control populations.

Interestingly, the second most-used method of repelling mosquitoes involved citronella candles, which made up 43 percent of the survey’s responses. Citronella is an essential oil obtained from lemongrass.

Based on their previous research, Hansen says citronella has no effect as a repellent.

The second assay experiment his lab conducted involved a wind tunnel in which a fan blew around someone with citronella-based repellent on, blowing his scent in the direction of the mosquitoes, and this also failed to prevent the mosquitoes from going near the human.

“To be clear, we only ran these experiments on Yellow Fever mosquitoes, Aedes aegypti, which are the ones we’re most concerned with here in southern New Mexico,” Hansen said. “They’re the carriers of viral diseases like Chikungunya, Dengue fever and Zika. There’s nothing to say that citronella isn’t an effective repellent for other types of mosquitoes, such as albopictus, rusticus, or any of the other species.”

Hansen described citronella as having a placebo effect, which, coupled with the oil’s pleasant aroma, could explain why it’s used so much as a mosquito repellent even when it doesn’t work.

“With these responses, we want to start testing some of the methods, like various types of smoke that some people used as a repellent, as well as some of the topically applied methods,” Hansen said.

Hansen and Scott’s study lays the foundation for future research in alternative methods to repel mosquitoes that may be culturally acceptable and more affordable for people.