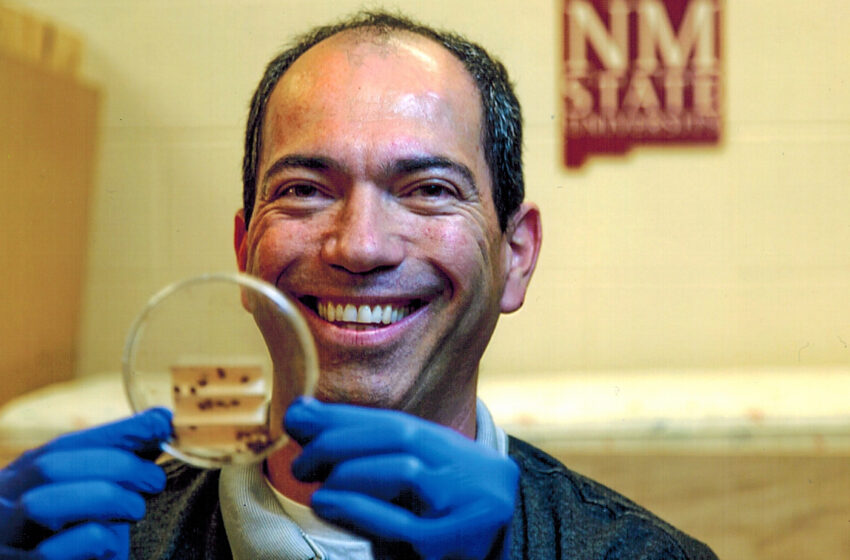 A laboratory in the College of Agricultural, Consumer and Environmental Sciences at New Mexico State University is home to ongoing research on bed bugs and their resistance to certain insecticides.

Alvaro Romero, assistant professor of urban entomology in NMSU’s Department of Entomology, Plant Pathology and Weed Science, co-authored an article recently published in the Journal of Medical Entomology regarding the new findings about resistance of some United States bed bug populations to insecticides commonly used for bed bug control.

“We are reporting, for the first time, that there are some populations of bed bugs in the United States that have developed resistance to neonicotinoids,” Romero said. “This class of insecticides was introduced in the market about five years ago to combat bed bugs resistant to pyrethroids, which are widely spread in the United States.”

The populations of bed bugs involved in the recent study came from various locations in the United States in 2013, including Michigan and Ohio. Bed bugs were collected from natural infestations and shipped to Romero’s lab, and they were bred at the NMSU Urban Entomology Research Center.

This type of insecticide screening generally requires thousands of bed bugs, and it required at least six months to produce an adequate number of the insects to run the analysis.

Romero, who earned a doctorate in urban entomology from the University of Kentucky, is not surprised to see the newly discovered resistance to neonicotinoid insecticides.

“Insecticide resistance is a phenomenon that enables insects to overcome the toxic effect of insecticides through physiological mechanisms that evolve after the continued use of insecticides,” he said.

Romero said that resistant bed bugs had a high level of enzymes that are known to detoxify insecticides; however, more work is needed to identify other mechanisms that might be involved in neonicotinoid resistance.

Although bed bugs are not known to be vectors of human diseases, bed bugs severely reduce quality of life by causing discomfort, anxiety,

Bed bugs feed when people are sleeping, so it is difficult to notice them. They hide really well, and finding bugs is sometimes impossible. If an infestation is discovered, Romero advises that people hire a pest control company knowledgeable enough to deal with bed bug infestations.

There are also myths about these insects.

“People think that only individuals with bad cleaning habits get bed bugs,” Romero said. “No. Bed bugs don’t discriminate, and everybody is vulnerable to a bed bug infestation.”

Romero said researchers do not know the extent of the insecticide resistance phenomenon.