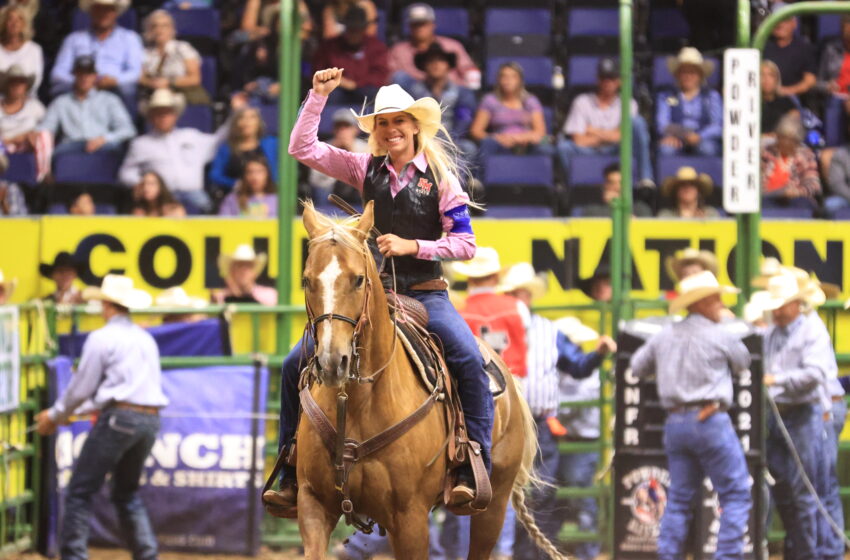 Bethanie Shofner, a graduate student at New Mexico State University, competes in the breakaway contest at the College National Finals Rodeo in Casper, Wyoming, in June. She won the third round and tied the arena record – 1.6 seconds – for the fastest run roped at the finals. | Courtesy CNFR

After capping off the 2020-2021 season with a string of victories, New Mexico State University’s rodeo team headed to the 72nd annual College National Finals Rodeo in Casper, Wyoming, in June.

Out of the group of 10 student-athletes who qualified to enter the finals, five teammates from the women’s division left the weeklong competition having placed in individual contests. The NMSU students were among more than 400 contestants from universities and colleges across the United States who participated in this year’s finals.

NMSU’s Abbie Shofner qualified for the “short” – or final – round in the breakaway contest after vaulting to ninth place with her first three runs. During her fourth run, Shofner missed her final calf and dropped her overall standing to 11th place.

“I feel like I could have done better, but I’m very grateful for how I ended up and all the experience that happened up there in Casper,” said Shofner, an incoming senior.

Bethanie Shofner – Abbie Shofner’s sister – won the third round in the breakaway contest and tied the arena record – 1.6 seconds – for the fastest run roped at the finals.

“I knew I had to give it all I had on my last one to try to win anything, and that’s what I did,” said Bethanie Shofner, a graduate student. “Overall, being able to compete against some of the best contestants in the world is a blessing in itself.”

In the women’s barrel-racing contest, NMSU’s Jayde Wamel finished 10th in the second round.

“The men’s and women’s teams really impressed me at this year’s College National Finals Rodeo, especially given the challenges of the past year,” said Brice Baggarley, NMSU’s head rodeo coach. “Although it didn’t go exactly as planned, I’m confident they will rise to the top at the 2022 CNFR.” 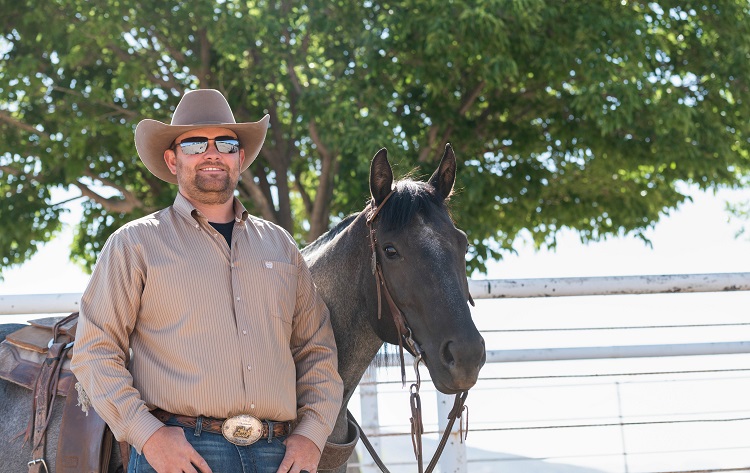 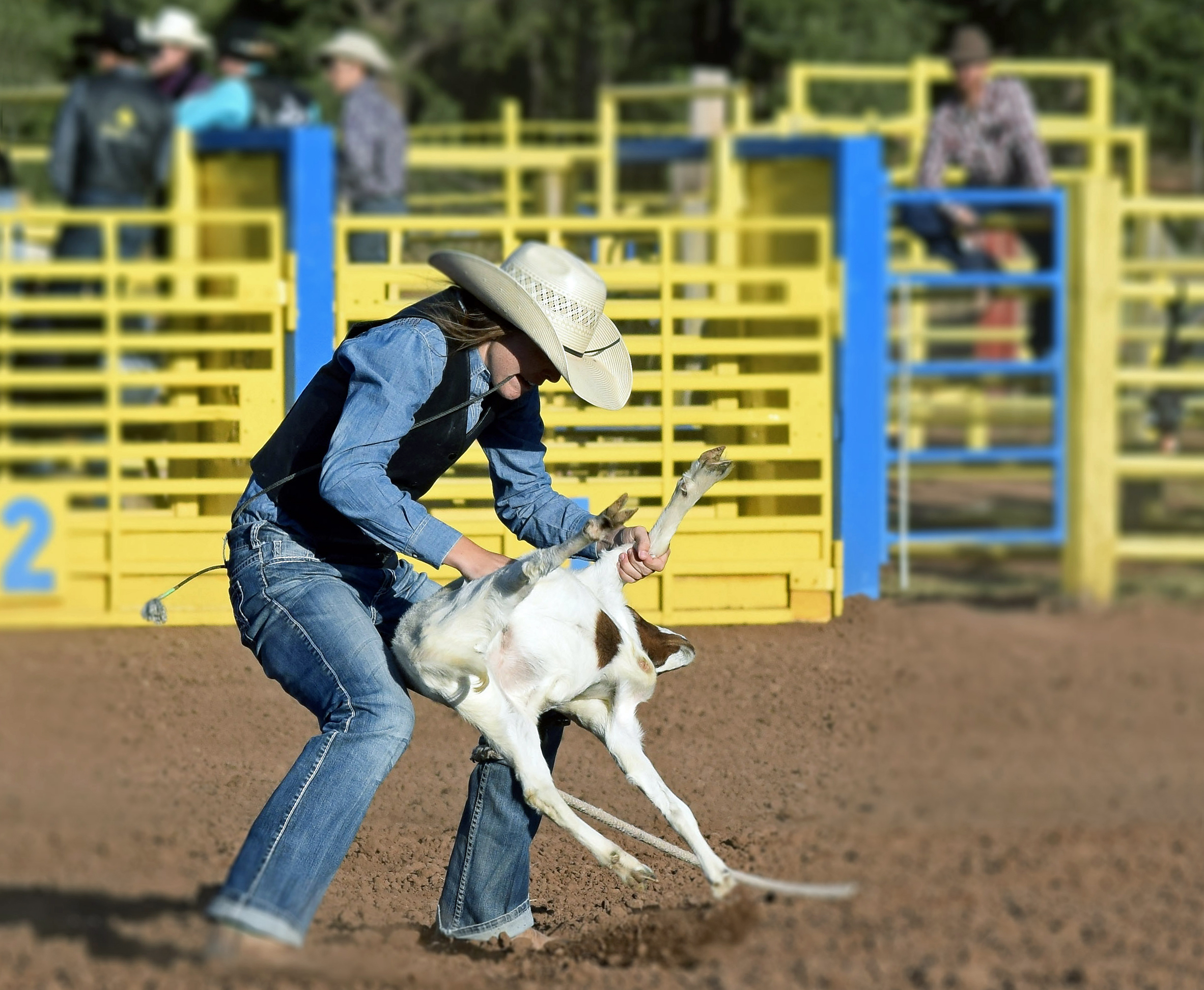