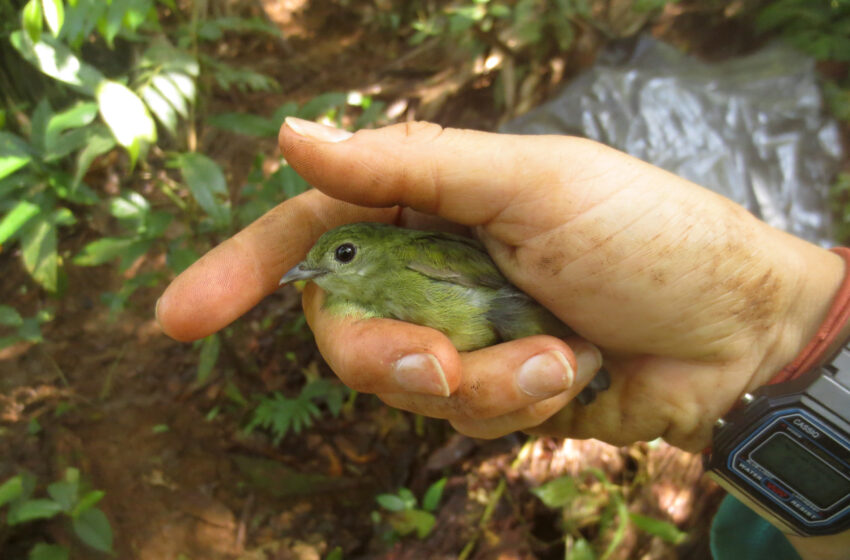 “When I realized I was awarded the Fulbright, I was in disbelief, but I was also extremely excited,” Smith Vidaurre said. “This is a project that represents the crux of what I’ve been working toward for years. The award will help me establish field sites of my own and collect the samples I’d like to collect.”

The parrots she is researching are also known as monk parakeets, which Smith Vidaurre said have been exported to many countries all over the world for the global pet trade.

“For my project, I’m specifically looking at genetic changes and behavioral changes that are perhaps making the parrots more successful invaders,” she said. “I’ll also be looking for signatures of the fact that they’re adapting to these new environments that they’ve been able to invade.”

Tim Wright, associate professor of animal behavior and evolution in the NMSU Department of Biology, is Smith Vidaurre’s adviser.

“Grace is a stellar student who has conceived a cutting-edge project aimed at understanding the evolutionary changes that occur when animal populations invade new habitats like urban environments,” Wright said. “Her Fulbright award is the culmination of several years of hard work collecting pilot data and building the international collaborations that will make her period in Uruguay a success. Furthermore, Grace has extensive experience abroad that will make her an effective ambassador for New Mexico State University and the United States.”

Part of the Bureau of Educational and Cultural Affairs within the United States Department of State, the Fulbright

The program operates in over 155 countries.