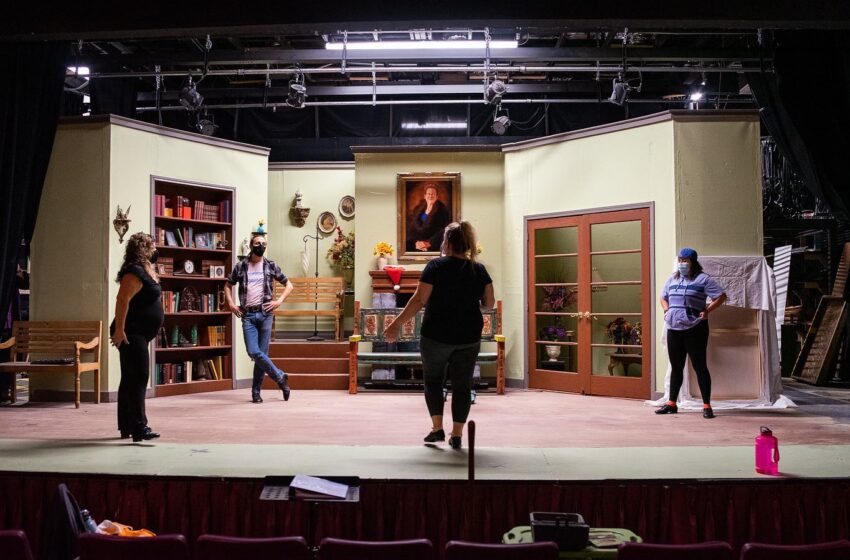 New Mexico State University’s Department of Theatre Arts will host a series of pre-filmed theatre productions throughout the Spring 2021 semester in an effort to continue the tradition of theatre despite the ongoing COVID-19 pandemic.

The first show to kick off the season will be the annual fundraising favorite, “Broadway on Stage.” The play, which runs 60 minutes, will be streamed at 7 p.m. each evening between March 19 and 21. The theme for this year’s production is “Destination: Broadway,” a celebration of places we wish we could have gone in 2020 and hope we get to go in 2021.

The show will take you virtually around the globe to locations such as Paris, Ireland, the Midwest, California and New York City. The performance will feature songs from some of Broadway’s most iconic plays, including, “Two By Two” from “Book of Mormon,” “Oklahoma!” from “Oklahoma,” “Santa Fe” from “Newsies,” and “Gary, Indiana” from “the Music Man.”

The evening is a fundraiser for NMSU students and the theatre program, bringing in funds to support guest artists, student education and travel scholarships for student auditions and workshops.

The cast will feature NMSU theatre students, local high school students and singers from the Las Cruces community. Sponsorships, tickets and ticket packages are available. To learn more about the fundraiser, call Lisa Hermanson at 575-646-5952.

The second production of the season, “The Land Where We Stand,” is a student devised play filmed on campus by NMSU Creative Media Institute students last fall. Currently in post-production, the piece will be streamed between April 8 and 18. The show was directed by Larissa Lury, an associate professor of theatre arts and Mike Wise, the NMSU production stage manager.

The students interviewed members of the NMSU community about their experiences on campus, dug into the history of the university and began imagining the future ahead. The show weaves together fictional scenes with live music, movement pieces, documentary pieces and more.

The final production of the 2021 season will feature popular scenes and monologues from some of Shakespeare’s greatest works. “The Shakespeare Project,” will be streamed between May 6 and May 9. The production was directed by Mike Wise, the production stage manager.

NMSU students, faculty and community members will perform sonnets, scenes and monologues from many of Shakespeare’s works, including “Much Ado About Nothing,” “The Tempest,” “Romo and Juliet,” “Twelfth Night” and “A Midsummer Night’s Dream.”