Olivia Figueroa, the executive director of Adults and Youth United in Development Association, Inc. (AYUDA) in San Elizario, TX, speaks to students inside the organizations community garden. The students from New Mexico State University and the University of Washington spent the morning with the organization as part of the Health Disparities Field Experience. The students learned about the variety of services AYUDA offers to local low-income families, including educational courses, food distribution, physical fitness classes and immigration assistance. | NMSU photo by Kaitlin Englund

Riding in the passenger seat of a pickup truck, Shoko Espinoza braced as the truck hit another pothole and she knocked her head against the window. They were not traveling far, only about a mile, but on the unpaved roads of Sawmill, AZ, even that short trip can take a toll.

Espinoza was shadowing Patriva Benally, a community health representative in the Navajo Nation, as she traveled to more remote parts of the reservation to meet with individuals in their home, take vital signs and offer healthcare assistance.

Espinoza, a nursing student at the University of Washington in Seattle, was one of seven students from UW and New Mexico State University to shadow Navajo community health representatives as part of the Health Disparities Field Experience (HDFE) – an immersive two-week exploration of health in communities in the U.S. Southwest.

This summer was the first annual Health Disparities Field Experience sponsored by the Partnership for the Advancement of Cancer Research, a federally funded partnership between NMSU and the Fred Hutchinson Cancer Research Center in Seattle.

The partnership, which began in 2002, received a $5.8 million grant renewal earlier this year from the National Cancer Institute to continue its efforts to bridge cancer health disparities in underserved communities.

As they continued the trek to the client’s home, Benally told Espinoza about the challenges many residents in the remote parts of the community face, such as limited incomes, no running water, no electricity and limited access to transportation. Because of these barriers, many of the residents rely on these health workers not only for regular medical checkups, but also often for grocery delivery and help making their homes a safer environment.

For Espinoza, shadowing Benally brought to life the realities of health disparities in different communities.

“[In class] we talk about social determinants of health but when you actually see it, it’s like, ‘Whoa. OK;’” said Espinoza. “All of those bumpy roads up to the patient’s house – you don’t get to feel that unless you’re there. So as a nursing student, it’s like, “OK, this isn’t just a talk. This is actually an experience that the patients go through or that the health workers go through every day.

“To me, that was more valuable than just sitting in the classroom, just talking about theories.”

Ernesto Moralez, an assistant professor of public health sciences at NMSU and the HDFE coordinator, said the one-on-one experiences with the community are the driving force behind the program.

“The goal of the HDFE is to expose students to unique perspectives in healthcare and see the health disparities impacting different communities in the U.S. – Mexico Border Region and southwestern tribal nations,” said Moralez. “I don’t think it’s as common as we would like it to be to see students and the community in the same space, talking about issues and sharing stories and solutions.”

The students taking part in the program started in Las Cruces and traveled to nearly a dozen different communities mostly in New Mexico, but also in Arizona and west Texas. New Mexico visits included Chaparral, Vado, Anapra, Sunland Park, Grants, Farmington, Shiprock and Anthony. The Texas side of Anthony was also included along with San Elizario, which is east of El Paso. In Arizona, students joined health representatives in Window Rock.

In addition to shadowing community health representatives, students also toured local clinics and shelters, visited community centers, attended health trainings at the New Mexico Department of Health, engaged with public health professionals and medical providers, and spent time with community members as they shared their personal experiences of the differences in the quality of health and healthcare in their area.

“It was a rare and special opportunity because it was focused on disparities in health,” said Debbie Higgs, an NMSU graduate student studying public health. “That’s something in my studies that I’m thinking about all the time, and in my work [as a victims’ advocate] that I’m involved in all the time; but I’ve never gathered with a group of people before where that’s the purpose of our being together.”

“It’s a unique experience because students get to travel more than 400 miles and see the commonalities among different cultures,” said Moralez. “But they also get to see what’s special and unique about each community, both what is adverse to health outcomes and what is beneficial.”

Angie Sanchez Corral, the community development coordinator with the NMDOH Office of Border Health said that opportunities like the HDFE are valuable not only for the students as a learning opportunity, but for the future of the community.

“The students were able to see the need in person and network with community members,” said Sanchez Corral. “It’s beneficial because the students are our new generation. They are going to work on addressing the issues identified by the community.”

For many of the students, this experience not only gave them a better understanding of how health disparities impact different communities but ignited their passion for being advocates and working for those underrepresented communities.

“There are so many things that I think will stay with me,” said Marissa Jackson, a recent UW graduate from the public health program. “You really can’t unhear peoples’ stories and experiences.”

“I realized that the world is just so big – as cheesy as that sounds – and public health is so big, and disparities are so big, and I think I owe it to myself to explore that even more,” said Arianne Sandel, a graduate student at UW studying public health.

“This really inspired me to just go out there and do things that are out of my comfort zone. You meet people along the way who are in it with you and who think the same as you and share your passions. It’s been an irreplaceable experience.” 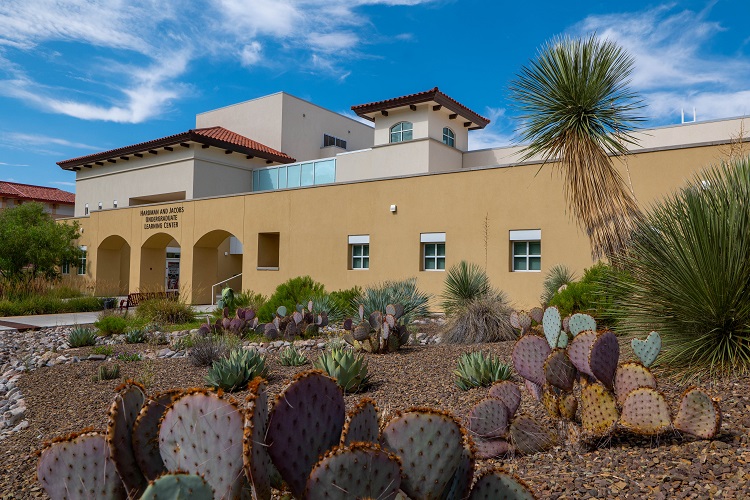