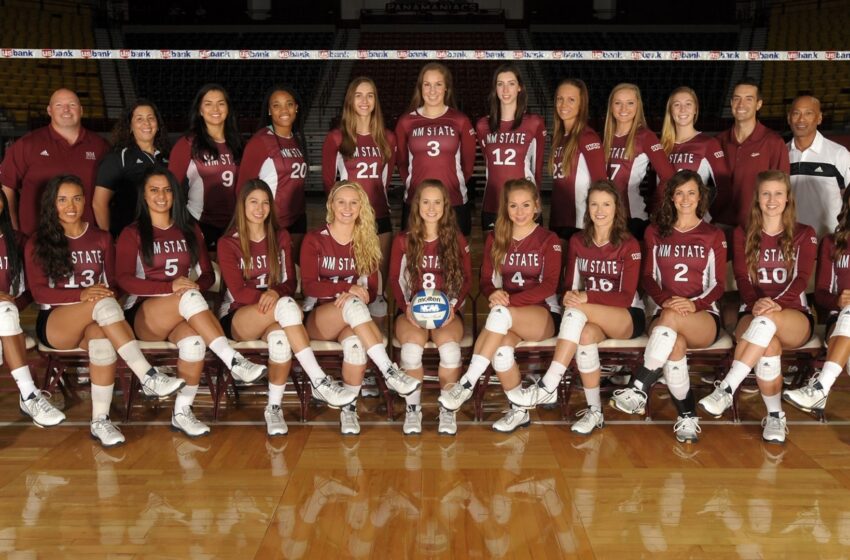 The Aggies also had three student-athletes voted on to the Preseason All-WAC team.  Seniors Gwen Murphy, Bradley Nash and Nathalie Castellanos were all picked as Preseason All-WAC selections.  Utah Valley senior middle blocker Lauren Bakker was the pick for WAC Preseason Player of the Year.

UMKC received four of the first-place votes and 45 total points to earn the top spot in the poll. NM State was picked second, followed by Seattle U with one first-place vote and 37 points in third place. CSU Bakersfield was picked to finish fourth with 33 points and the other first-place vote, followed by Utah Valley in fifth with 28 points. Grand Canyon in sixth with 20 points, while The University of Texas Rio Grande Valley and Chicago State round out the poll with 13 and eight points, respectively.

“I think the conference as a whole will be improved this year,” said head coach Mike Jordan, who enters his 18th season at the helm.  “Most of the teams return a large percentage of their lineup as do we.  If we can get healthy and stay healthy I like our chances.  We’re looking forward to getting started.”

In 2014, Murphy led the Aggies and was sixth in the WAC in total blocks with 114.0, including 103 solo blocks. She finished second on the team with 216 kills and garnered the team’s best hitting percentage (.304).

Nash led the Aggies offensively in 2014 with 233 kills. She was first on the team with 22 service aces and posted four double-doubles throughout the season (kills and digs). Nash was one of the three Aggies to finish the season with 200 digs.

Castellanos played in 92 sets during the 2014 season.  She earned second team All-WAC honors after amassing 171 kills and finishing the season with a .286 attacking percentage.  Tallying 141 assists, she averaged 1.53 assists per set.  Castellanos was fourth on the team in total blocks with 46.0, including seven solo and 39 assisted.  She collected 75 digs and seven serving aces before the season was over.

The 2015 season begins with the Crimson and White Match on Saturday, Aug. 22 at 4 p.m. (MT) in the Pan American Center. Season tickets can be purchased by calling 575-646-1420. Follow the Aggies on Twitter @NMStateAggies and the volleyball team on Twitter @NmsuVb.