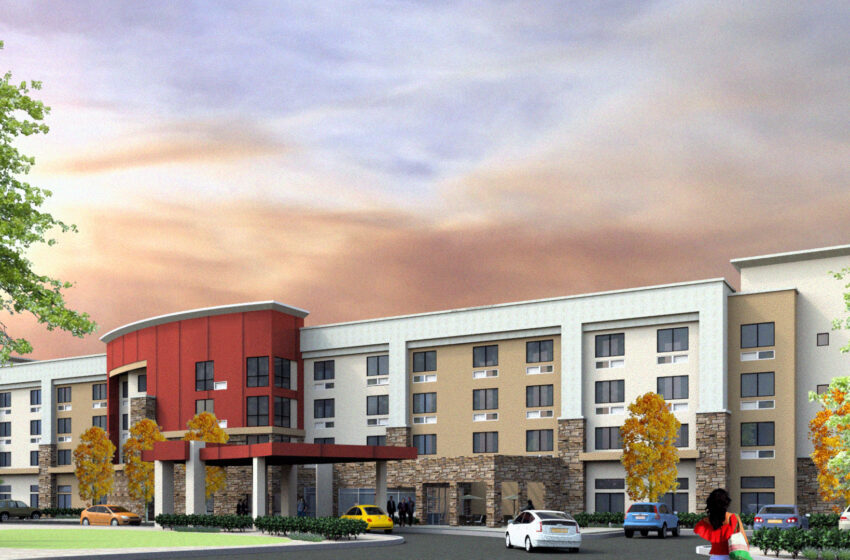 The Board of Directors for New Mexico State University’s Aggie Development Incorporated has approved a lease with DMC Holdings, LLC, and Total Management Systems, based in Albuquerque, to develop a campus hotel on NMSU property west of the Las Cruces Convention Center.

The project will serve the convention center and create an additional revenue stream for the university.

“We’re excited because this is a project that has been in the making for years,” said NMSU Chancellor Garrey Carruthers. “Not only will this project benefit the convention center, and the Las Cruces community, it will also create opportunities for students in our School of Hotel, Restaurant and Tourism Management.”

“We love having this kind of synergy with NMSU and its HRTM program,” said Prakash Sundaram, the project’s lead developer. “It will be a great learning opportunity for HRTM students who are interested in the hotel business. They’ll have the opportunity to learn every single department in the hotel.”

Total Management Systems owns and operates eight other hotels around New Mexico. The group will spend the next few months putting together financing, permitting and making other preparations. Ground breaking for the 120-unit hotel could happen as soon as 2017 and would be open for business in 2018.

For a number of years, the university has worked to develop a third-party hotel property on campus for the benefit of the community as well as students. In 2014, the NMSU Board of Regents created Aggie Development to better manage and develop the university’s land and property assets.

Last year the Board of Regents approved a land lease with Aggie Development Incorporated to pursue the hotel project. The agreement will go to the NMSU Board of Regents for approval on Monday.

“Our Board of Regents has instructed us to be more entrepreneurial in how we operate,” Carruthers said. “This hotel is just the first of several commercial enterprises we are working on with Aggie Development Incorporated. Over the coming months and years, we’ll announce more projects that will create additional revenue streams for the university.”

“Early in my tenure as a regent I recognized that NMSU had, at its disposal, the resources to begin to supplement the ever diminishing source of funding received from tuition and state appropriations,” said Mike Cheney, vice chair of the NMSU Board of Regents. “This hotel project is the beginning of what we hope to be a productive utilization of university property in the future. This strategy is in keeping with NMSU’s culture of pulling ourselves up by our bootstraps and working to control our own destiny.”

Carruthers commended the work done on the project by Ben Woods, the former president of Aggie Development Incorporated who retired in 2015. Carruthers also thanked the ADI board, including Bill Sheriff, Tom Hutchinson, Chris Dulany and Laura Conniff.