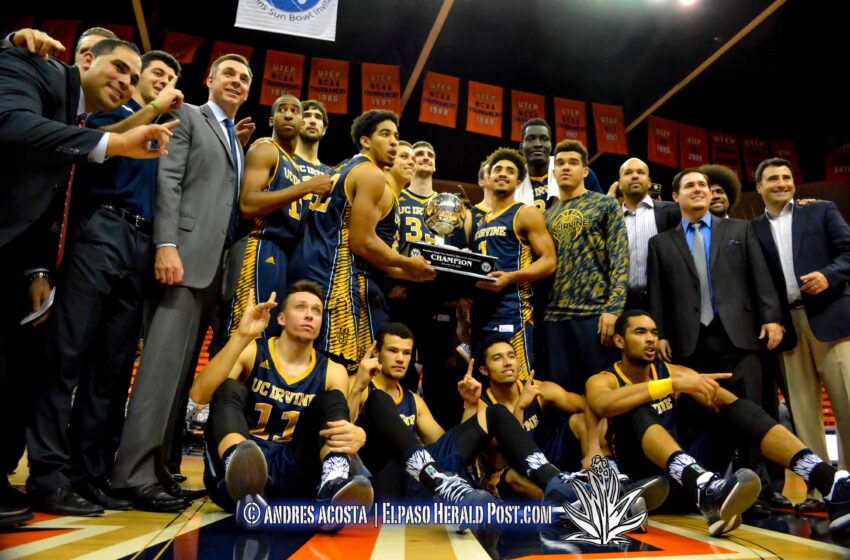 Senior forward Mike Best and junior guard Jaron Martin added 10 each as the Anteaters improved to 10-4 overall, the program’s best start since a similar record to open the 2002-03 season.

Nelson, who scored 16 points in Monday’s win over Sam Houston State, was named the tournament MVP after averaging 16.5 points in the two victories.  He added four rebounds, three assists and a pair of steals in Tuesday’s victory.

Ndiaye, who also had nine rebounds and five blocked shots in the championship game, was named to the all-tournament team.

Redshirt freshman forward Jonathan Galloway also pulled down a career-high nine boards and scored seven points.  Senior guard Alex Young had six assists as he is one shy of tying Raimonds Miglinieks for the UCI career record at 475.

Tuesday’s title came one year to the day since the Anteaters won the South Point Holiday Hoops Classic in Las Vegas last Dec. 22.

The Anteaters, who outrebounded the Spartans, 47-33, shot 53 percent in the first half and 47 percent for the game.  Norfolk State shot 28 percent from the field as UCI improved to 8-0 this season when limiting the opposition to under 40 percent.