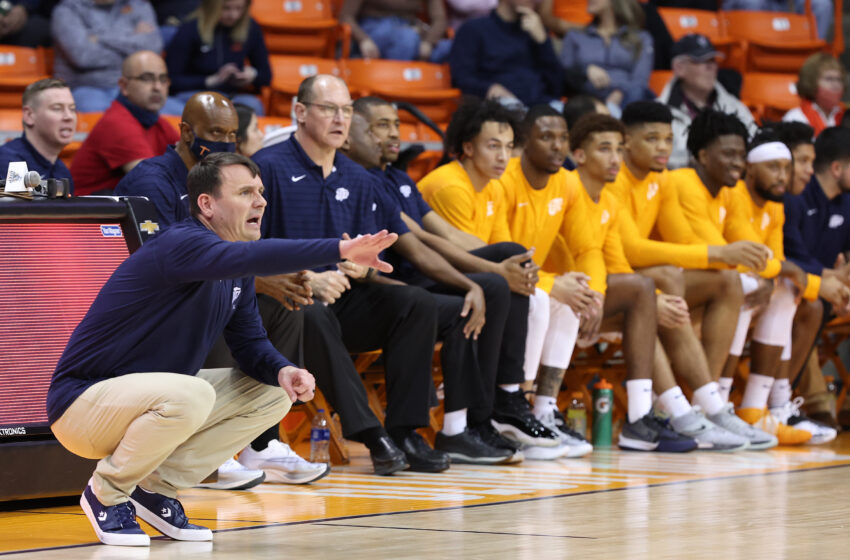 DENTON, Texas – Souley Boum (game-high 20 points) and Jamal Bieniemy (17 points) both hit double figures in scoring and UTEP shot 54.5 percent from the floor, but Conference USA West Division leader North Texas pulled away in the second half in a 66-58 setback at the Super Pit Monday evening.

Tydus Verhoeven (eight points) and Alfred Hollins (seven points, team-high five boards) buoyed the efforts of Boum and Bieniemy, but UTEP was hindered by 19 giveaways that led to 21 points for North Texas.

“Turnovers were the difference in the game, but I want to say that I’m just so proud of our guys,” UTEP head coach Joe Golding said. “It was just tremendous fight. We came into a hostile environment and played the league-leading team and  we had some chances there. We played hard. I’m really proud of the fight.”

Bieniemy scored the first five points in the game, using a driving lay-up that was followed by a corner trey to make it 5-0 (18:15 1H).

Boum floated home a runner in the lane that hung on the rim before dropping through. Following another stop, Hollins banked home a lay-up up to force a North Texas timeout with the Miners back ahead by one (25-24, 3:39 2H). Defense dominated the waning minutes of the half, with the score tied at 27 through 20 minutes of action.

Both teams scored on their first two possessions of the second half, with the Miners getting baskets from Sibley and Verhoeven. After four straight points by North Texas, a Verhoeven reverse lay-up banked in get the Orange and Blue within two (35-33).

Six consecutive points from North Texas put the Miners down by eight, but Hollins nailed a corner triple to get the deficit to five (41-36, 14:10 2H). After UNT pushed it back out to eight again, a jumper by Boum and two free throws courtesy of Bieniemy brought the Orange and Blue to within four (44-40, 11:19).

The Mean Green tallied the next four points, but Verhoeven came up with the steal and breakaway dunk to immediately get the Miners back within six (48-42, 8:05) and force a North Texas timeout. That is as close as UTEP would get, though.

UTEP will return home to play host to Marshall at 1 p.m. MT on Sunday (Feb. 13.) Jon Teicher (41st year) and Steve Yellen (19th year) will also be on the call, which can be followed on 600 ESPN El Paso, the UTEP Miners App and C-USATV.

There will be a “Super Bowl Sunday Special” Family 4-Pack for the contest, with four tickets for $30. Fans can purchase by visiting www.UTEPMiners.com/Tickets and clicking on Marshall Game Family 4-Pack