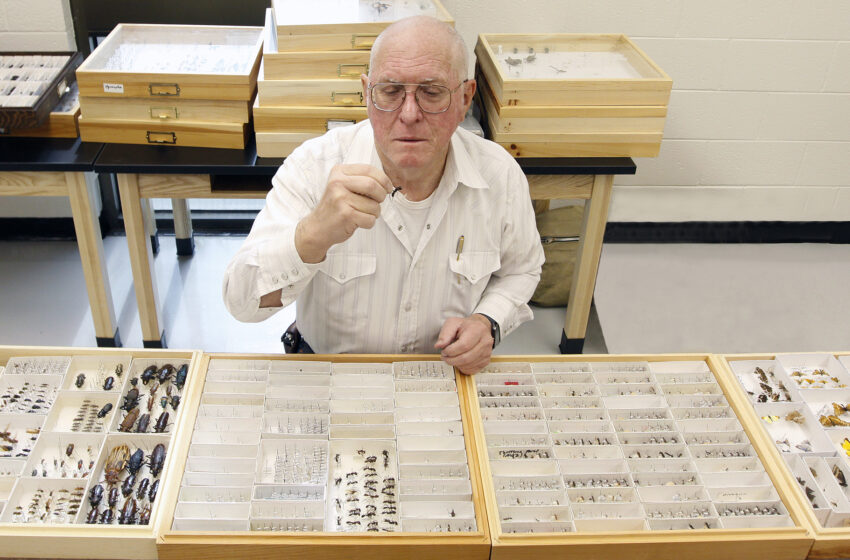 Eli Greenbaum, Ph.D., associate professor in the Department of Biological Sciences and director of UTEP’s Biodiversity Collections, will lead a two-year project that aims to digitize thousands of insect specimens collected before 2000.

Most of the insects in the project are ants collected over 50 years by UTEP’s William Mackay, Ph.D., a retired faculty member and entomology curator.

Mackay’s work has resulted in the discovery of 134 new ant species, mostly in the Americas; 200 published works, including about a dozen books; and a collection of about 355,000 ant specimens deposited in the UTEP Biodiversity Collections.

“Dr. Mackay’s lifetime working with ants has generated a unique collection that can fill in substantial gaps in the digitized data for the U.S. Southwest, northern Mexico, and Neotropics,” Greenbaum said. “It will provide data for studies of changes in species distributions over time, which can be used to document temporal shifts in ecology, habitat disturbance and global climate change.”

The grant also will include a public museum exhibit about ants of the new world, complete with 3-D models of specimens, and allow UTEP’s arthropod collection to join a network of arthropod collections which includes the Museum of Comparative Zoology at Harvard University and 10 other collections in the southwestern states with thousands of species and more than 1 million records from the southwestern U.S. and Mexico.