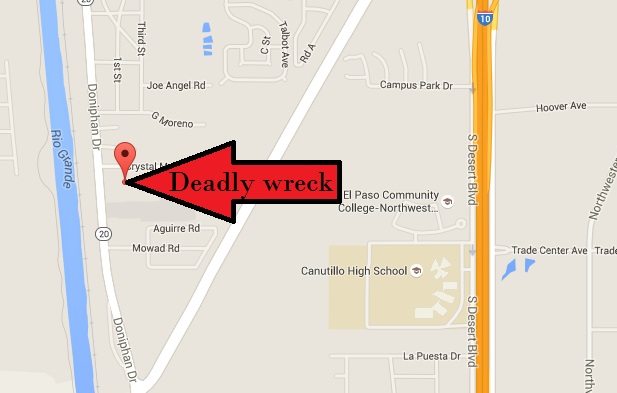 El Paso County Sheriff’s Office officials have identified the biker killed in a Sunday wreck near Canutillo. In a Monday morning news release, officials say 65-year-old Jorge Llamas died as a result of injuries he sustained in Sunday morning’s crash.

According to EPCSO officials, the wreck happened just after 10:30 a.m. Sunday morning, along the 1500 block of Doniphan. Deputies say a pickup truck driven by Hector Fernandez Garcia was traveling southbound on Doniphan, when the driver slowed to make a left turn.

Llamas rear-ended the pickup truck, was thrown from the bike and landed a short distance away. Officials add that he was not wearing a helmet and died on the scene as a result of his injuries.

Garcia, the driver of the truck, allegedly drove off following the wreck, but was located a short time later by deputies. He was arrested and booked into the county jail, under a charge of Accident Involving Death, as he did not stop to see if Llamas required aid after the wreck.

This is the 6th deadly traffic accident in the county this year; five of which have involved motorcycles.