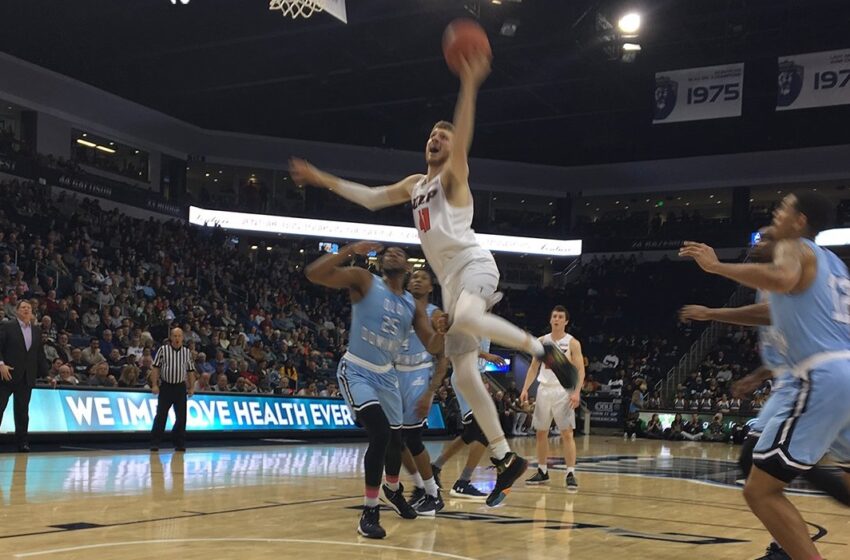 NORFOLK, VA. – Old Dominion stifled UTEP into 27.5 percent shooting, cruising to an
82-33 victory over the Miners on Saturday night at the Constant Center.

“We played a far superior team on the road tonight,” UTEP Interim Head Coach Phil
Johnson said. “Obviously it showed in the score. I’m still disappointed in the
fact that we just didn’t have a good start. Turnovers were brutal and you can’t do
that against a team like this. They convert every turnover into a basket and dunks.
Obviously the glass was an issue when Matt [Willms] went down. There’s not much
there in the frontline to go rebound. Tirus [Smith] is still trying to get in
shape.”

Willms was limited to nine minutes before leaving the game. He had an ice pack on
his knee in the second half. Smith fouled out in 12 minutes. Paul Thomas battled
inside. He was the only Miner in double figures with 10 points in 24 minutes, and
he also paced UTEP with six rebounds. The Miners were outrebounded 43-32.

The Monarchs bolted to a 12-2 lead as the Miners missed seven of their first eight
shots. With his team trailing 7-0, Johnson made a wholesale lineup substitution
with Jake Flaggert, Kobe Magee, Tirus Smith, Trey Touchet and Trey Wade all coming
in with 17:22 on the clock. But the Miners didn’t fare much better against ODU’s
stout defense the rest of the half. UTEP finished the period trailing 32-14,
including a buzzer-beating three by Magee right before the break.

The second half was another mighty struggle for the Miners after they pulled within
15 (37-22) on a layup by Omega Harris with 16:36 to go. It got away from them as
Old Dominion built the lead to 49. The Monarchs scored 50 points in the second half
and, for the second straight game, got going from three-point range. After making
15 triples on Thursday against UTSA, ODU hit 12 on Saturday – including nine in the
second half.

Randy Haynes led the Monarchs with 24 points, while Ahmad Caver had 18 along with
seven assists and no turnovers. Caver and Brandan Stith both had three steals.

“We’re going to throw this one in the garbage can and try to get home and play
better,” Johnson said.

The Miners will complete their 2017-18 home schedule next week against LA Tech
(Thursday) and Southern Miss (Saturday). Tip-off for both games is 7 p.m. MT.