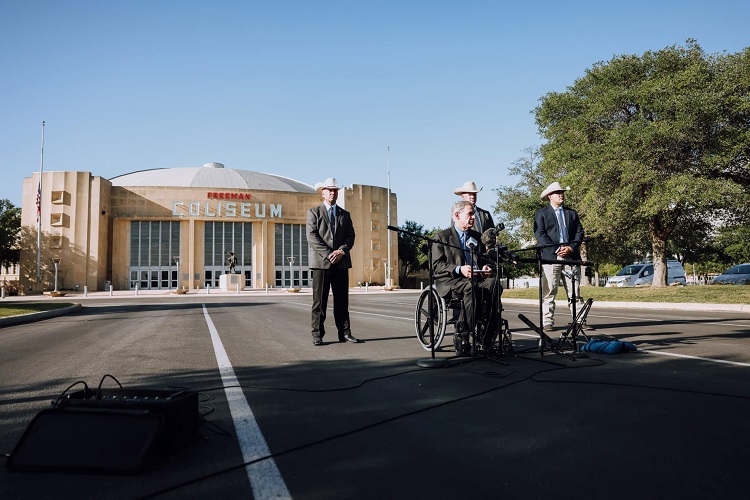 On Wednesday Gov. Abbott revealed HHS and DPS had received anonymous calls regarding the facility in San Antonio holding facility.

He said the callers alleged there were sexual assaults, some children went the day without being fed, covid-infected children were not quarantined, and the facility was over crowded. He also stated that the Texas Rangers are investigating these allegations.

Escobar’s response was if children are being harmed we should investigate the allegations. Then went on to state that Gov. Abbott let his people die during the freeze in March and that he had refused FEMA help when offered by this administration.

She actually compared a natural disaster to the consequences of Biden’s self-inflicted disaster at our southern border.

Sounds like the #MeToo movement: believe the women but only if they’re democrats. So my takeaway from her response was: don’t believe Abbott because he’s a republican who killed his people.

Still need beds—“A private social services nonprofit booted a foster family with four kids from its home in order to house unaccompanied migrants. . .They decided to transition to a new source of funding, ditching local foster children for migrants from the border… they made the decision to evict once more than $400,000 in federal funding was awarded for six months of the new program’s operation.” by Jason Rantz

President Biden came into office with a grand plan of destroying President Trump’s policies but lacks a plan to replace great policies with better policies. His lack of leadership at the border has been catastrophic.