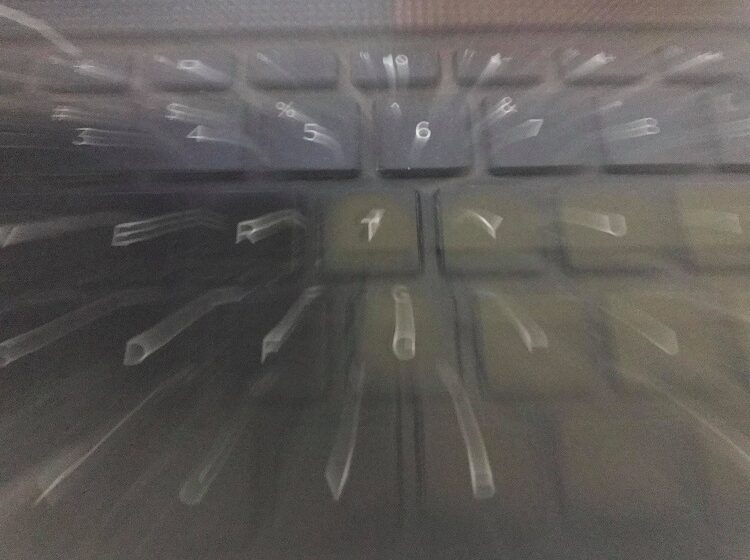 While trying to understand Barbara Carrasco’s recent fever dream word salad OPED: “Decisions And Dangers Lurk For Covid Generation Of Children” (Aug 6)  I was struck by the randomness of her accusations, which read like Q-Anon conspiracy thread had mated with the One America News Network and had Tucker Carlson’s love child.

I THINK I got from her piece that:
Covid 19 lockdowns caused all kinds of kids to commit suicide, be sexually exploited and trafficked all because we have defunded the police and Joe Biden understands Facebook which is now the national pimp (in cahoots with the MS13 gang) of whoring out exploited kids and Rep. Veronica Escobar should be outraged.
At least I THINK that is what she wrote. It was hard to keep up. I may have missed the theme. It was all over the place.
So first of all, let me be very clear: Any kind of human trafficking is abhorrent. It is especially bad when children are exploited, whether for sex or for child slave labor or as soldiers. All are bad. All are happening across the planet and all governments need to do everything in their powers to stop it. That being said, let’s dissect all of this mess of an OP ED.
Ms. Carrasco claims that because of COVID (and Covid lockdowns), sexual trafficking and exploitation of children has increased. This is a true statement. Anytime there is economic or social uncertainly in countries, the general rule is that exploitation increases. Wars in particular are bad for this.
This of course is not new news,  Where did she get her information from? She doesn’t say, but Ms. Carrasco is no doubt referring to the annual Trafficking in Persons (TIP) report, released annually (https://www.state.gov/trafficking-in-persons-report/) that found that, unsurprisingly, criminals will continue to be criminals and will exploit the vulnerable of the earth no matter the location.
What Ms. Carrasco failed to mention was that the report focused on the GLOBAL child sex trafficking problem, which looks at a more holistic approach. The report addresses problems such as global warming, racism, social injustice, all which contribute to the problem of human trafficking.
“This year’s Trafficking in Persons Report sends a strong message to the world that global crises, such as the COVID-19 pandemic, climate change, and enduring discriminatory policies and practices, have a disproportionate effect on individuals already oppressed by other injustices. These challenges further compound existing vulnerabilities to exploitation, including human trafficking. We must break this inhumane cycle of discrimination and injustices if we hope to one day eliminate human trafficking.”—Sect of State Antony Blinkin on PAGE ONE of the report.
Funny how the GOP PCT Chair #16 Republican Party failed to bring up global warming, racism, social injustice, and economic inequality all of which contribute according to the TIPS report, to the problem of child sex trafficking, but none of which are talked too much about by the political Right. Child sex trafficking was here long before Joe Biden was elected President or Covid was a global pandemic.
Carrasco then verbally ping-pongs into a screed about “defunding the police” which is a phrase the Right uses to incite their base. She cites the Dallas PD Vice Squad. Of course, no such “defunding” has taken place.
What HAS happened has been that the Vice Squad has been investigated for illegal activity starting back in 2017, 20 officers were reassigned, and the Department  was revamped in 2018. Even the Dallas Police Association, in June 2020 called for reforming the Dallas PD.
With a budget well over $500,000,000, I doubt if the citizens of Dallas would say that their police are not sufficiently funded.
She then applauds  “Operation Not Forgotten” which is an annual effort by combined law enforcement agencies in the southeastern US to rescue children that are in danger of being exploited.
So which is it: Law Enforcement has been defunded to the point of impotency, or they are doing a great job rescuing exploited children? It can’t be both.
We then are told by Carrasco about the Mara-Salvatrucha (MS 13) gang, a favorite target of a certain former president. While yes, MS13 is notorious for exploiting vulnerable children, some studies have found that the actions of the United States immigration policies, especially under the previous administration, where refugee children are treated as criminals instead of granting them humanitarian protection as required by law in the  Trafficking Victims Protection Act (TVPA) only exasperates the problem, not corrects it. (https://doi.org/10.14197/atr.201221167)
Carrasco can’t have it both ways:  Either the children coming into the US need to be given humanitarian protection or they need to be treated as criminals, which we all know is the breeding ground for gangs.  I doubt if she had any qualms about locking kids into cages and treating them as criminals under the previous administration. If she did she never wrote about it here.
She intimates that the Biden Administration has done nothing to improve the immigration situation. Apparently her browser doesn’t allow her to use Google: https://tinyurl.com/bidenimmigrant
While I am not quite sure how Facebook and Joe Biden somehow join forces to  be the de facto pimp of child trafficking, I do know that Facebook along with about 15 other big tech companies are part of an industry-wide coalition to fight childhood sexual exploitation. (You might have heard of Apple’s efforts last week which included scanning cloud based images of Apple account holders to search for possible child pornography).
Finally, she wonders where Rep. Escobar’s “outrage” is. Again, it appears she doesn’t understand internet search engines: https://escobar.house.gov/issues/issue/?IssueID=15496
I look forward Ms. Carrasco’s next installment of her Q-Anon inspired fever dreams, which are long on complaints, but, like most of the Right in this country, very short on solutions.