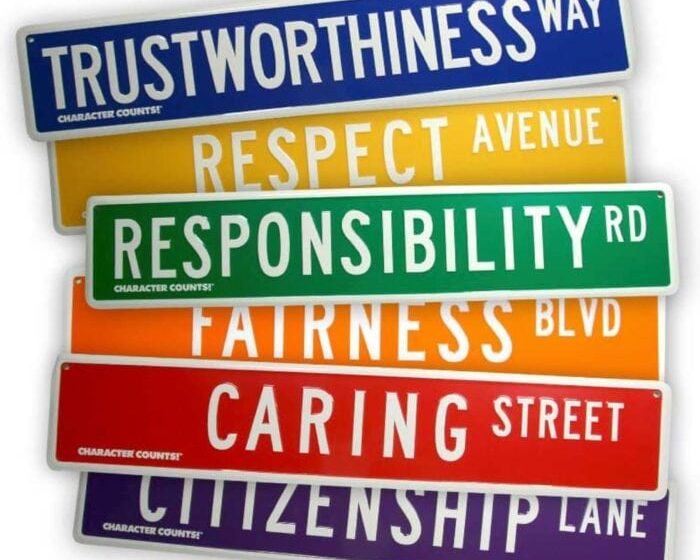 On March 14, 2018, hundreds of thousands of mostly high school students from across the country participated in a 17 minute walkout to memorialize student victims of school shootings and to protest the easy availability of assault weapons that have been used to murder children in countless classrooms and schools from Newtown Connecticut, to Columbine Colorado, to Parkland Florida.

The mere fact that you know all three of those towns names and can immediately associate them with a school shooting should tell you something about how we have become a country that has a gun problem. (But that is another column.)

Most of the students were allowed to freely protest, but in some school districts, students were told that if they walked out, they would “face the consequences” of their actions. Those consequences ranged from suspension to detention like in Humbolt, Texas to actual physical beatings in Arkansas.

No matter what you think of the actual topic of the protest itself, you have to be encouraged by those students who took a stand. If we believed many of the right winged media sites, students today are lazy, unmotivated “snowflakes” that have no conscience and just play video games and stare at their smartphones.

It is nice to see that narrative is not correct.

In fact, students seemed to have taken their lessons, both in civics and in US History to heart, mimicking not only the peaceful civil rights demonstrations of the Reverend King, but the student anti-Vietnam war protests of their grandparents during the late 1960’s and early 1970’s that helped bring about the end of that war, saving innumerable lives.

Addressing schools, the American Civil Liberties Union wrote: “This is a critical moment in the lives of a generation of students, who are learning that by raising their voices, they have the power to impact public policy,” “That knowledge is at the heart of an civically educated and engaged populace essential to the health of our democracy….educators must protect students’ First Amendment rights. Even beyond that, our letter today asks that schools embrace – rather than discourage – students’ attempts to demonstrate their concerns in a peaceful manner.”

I couldn’t help but wonder however, especially at those schools where students were punished for walking out, how many of the students were taught a program called “Character Counts” which is a nationwide, nonpartisan program to teach students the six “pillars” of character. (Perhaps you have seen these “pillars” at your local school, usually somewhere near the front entrance, or hallways labelled as a character traits “Street” telling all that enter that “We teach character” at this school.)

The six “Character Pillars” that Character Counts teacher are:

Looking at each one of these traits and what Character Counts says they mean, it is fairly obvious that the students across the country have done EXACTLY what they have been taught to do.

For instance, in the character of Trustworthiness, students are instructed to: Be reliable, do what you say you’ll do and have the courage to do the right thing. Build a good reputation. Be loyal: stand by your family, friends, and country.

HAVE COURAGE TO DO THE RIGHT THING.

Another in North Carolina also was the only one of 700 students to stand up:

Character Counts instructs students that if they show RESPECT, they will treat others with respect; follow the Golden Rule, be tolerant and accepting of differences while using good manners, not bad language. They will be considerate of the feelings of others and not threaten, hit or hurt anyone. Students are taught to deal peacefully with anger, insults, and disagreements.

For most of what was reported in the news, student protesters did indeed used good manners, didn’t use bad language, didn’t threaten , or hurt anyone.In other words, they showed respect during their walkout. Just like Character Counts tells them to.

The students followed the Character Counts tenets of RESPONSIBILITY by using self-control were self-disciplined, thought before they acted and were accountable for your words, actions and attitudes. The definitely set a good example for others.

Protesting students, for the most part, played by the rules of civil protest, and followed the Character Counts model for FAIRNESS, not blaming others for their actions, and not taking advantage of the situation to make matters worse.

These students certainly showed that they cared for their fellow man simply by participating in the walkout. Protesting for students across the nation and showing solidarity with students that they probably will never meet and trying to change what they see as an unjust system. CARING was what drove the protest.

“Do your best to make your school and community better” is the first sentence that Character Counts uses to describe how students should practice CITIZENSHIP. The second sentence: “Get involved in community affairs.” These students did exactly that by protesting what they feel is a civil rights issue of today. How can anyone fault students for doing exactly what they have been taught to do?

Clearly, the students across the nation were motivated by a civic responsibility to try to right what they see as a wrong. They took their lessons from Civics classes and US History classes and acted appropriately. This country was started by people that were protestingwhat they saw as injustice.

To punish students in ANY way for behaving exactly as we have told them to behave is ridiculous.

Who didn’t get that message about how to use proper character education? How about a lot of adults that called the students names or declared this heartfelt totally appropriate protests as some kind of liberal plot, including GOP South Carolina Governor Henry McMasteror perhaps the GOP politician in Maine who said about Parkland student Emma Gonzalez “There is nothing about that skin head lesbian that impresses me and there is nothing that she has to say unless you’re a frothing at the mouth moonbat.” Right winged Fox News commentator Tucker Carlson even went so far as to say “They are not citizens” implying that they have no right in the United States to speak up.

The kids learned. It is too bad some of the adults have not.