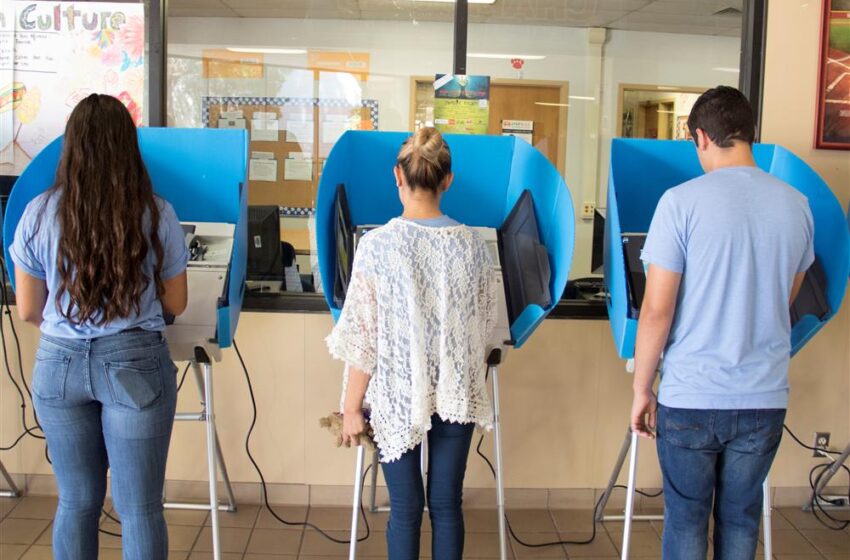 I know that you are worried about the upcoming midterm elections. Heck, you hold the slimmest of margins in both the House and Senate, and those pesky horse-dewormer eaters are probably gonna try to gerrymander their districts so much before 2022 that even Jesus himself would be living in Republican district.

But I have a way for you to beat the bleach drinkers: Fight fire with fire.

Anyone who lived in El Paso during the 2020 election cycle had to sit through the political ads coming out of New Mexico. Who could forget Yvette “I am a human GOP remora, oh, and Biden lost” Herrell versus Xochitl “Look at my butt as I get on a horse” Torres Small? Damn near every commercial on the local news was for one or the other, Harrell, desperately trying to look young, oh, and tough, and Torres Small trying to look younger and tougher. Both walked in slow motion through chili fields near Hatch and both shot guns to show that they are just like you and me: chili-pickin’, gun-owning, turkey-killers.

Torres Small’s commercials, at least the ones played over and over in El Paso and southern New Mexico, went negative and attacked Harrell personally. Every person in El Paso ran to their online dictionaries and looked up what “egregious and disingenuous” meant because Harrell was “egregious and disingenuous” according to the Albuquerque Journal. Oh, and she apparently took public money and paid her family according to the ads. But that was basically it.

Harrell on the other hand took a different tactic: She didn’t take on Torres Small as much as she took on Nancy Pelosi, AOC, and those darn socialists/commies in Washington. You aren’t voting for the chick in the tight jeans as much as you are voting against those libtards that she has dinner with each night, plotting to take your guns (they always are taking your guns), pass a “Green New Deal,” let everyone in Mexico and Central America invade our beloved State, and (as always) raise your taxes, and turn this country into a socialist Moscow on the Rio.

Harrell didn’t run against the known quantity of tight-jeans Torres Small, she ran against the unknown, scary, at least to her Fox News-watching voters, of Pelosi, AOC, the Green New Deal, and the hoards of brown people headed to take your jobs away. Her ads didn’t say a thing about her own policy. She didn’t mention that she was a Trump stooge,  and she didn’t mention that neither she nor her party had any kind of policy. She ran AGAINST the party that had a policy, and she ran against that.

Anyway, Herrell won. And she won on the strength of her ads that attacked Pelosi and the Washington democrats. Not her opponent. She jumped way over her opponent and simply linked anyone that had a (D) next to their name as a socialist, a communist, and supporting the “Green New Deal.”

By now, we can just assume anyone with an (R ) next to their names knows that the Dems will raise taxes, take your guns, and allow those invading brown-skinned people in to rape and murder your wives and daughters. Never mind that the average Republican voter cannot tell you what is in the Green New Deal, or even tell you what the fundamentals of socialism are.

All they know is those female democrats are bad news and anything they talk about is anti-American.

So my dear Democrat candidate, here is how you win in the next election cycle: Do exactly to them as they will do unto you: Attack the Washington Republicans in your ads. Run against the unknown or misunderstood.

Vote Republican and you are voting for the party that supported the domestic terrorists that stormed the Capitol and tried to overthrow the government and invalidate YOUR vote. It wasn’t ANTIFA, it wasn’t Black Lives Matter. It was REPUBLICAN TRUMP lemmings that stormed the Capitol. Don’t let anyone forget that. They weren’t waving Biden flags, were they? Nope, they were waving TRUMP flags.

Vote Republican and you are voting for the party that let 5000 Taliban soldiers out of prison.

Vote Republican and you are voting for the people that like putting innocent kids in cages and taking them from their families.

Vote Republican and you vote for people that seem to be okay with school shootings and letting kids get sick from Covid because their political beliefs are more important than their children’s health or lives.

Vote Republican and you are voting for the party that demonstrably continues to extend the pandemic for all Americans because they were told by a mad man that shoving a light up their arse and drinking bleach was a better way to attack a virus than what actual doctors told them.

Because the “Party of Lincoln” has devolved into a group of people that get medical advice from Conservative radio hosts who appear to die regularly from the virus that they claim to know so much about.

Vote Republican and you are voting for every single thing that Jesus told you to be against. If you really are a Christian then you would vote for the party and the PERSON that wants to take care of the poor, heal the sick, and is against excessive wealth. JUST LIKE JESUS, the original Christian would have done. How would Jesus vote?

If you don’t run against the entire GOP and just try to run against a local or State personality, then you will lose.

And if anyone knows someone that died of Covid…well, who ya gonna blame for that?

If you don’t make your ads about THEM, your mistake will be egregious and disingenuous. And that would be a losing strategy.