Op-Ed: Eating Your Own Dog Food

In his book “Kitchen Confidential,“ celebrity chef Anthony Bourdain told the story of what happens behind the scenes of the four and five star restaurants in New York City.

One of the great ironies of the book was that the people working at those often world famous eateries never actually ate at them. They would prefer hole-in-the-wall establishments to eat where they said the food was “always so much better and interesting” than the places that they worked at.

I remember a long time ago a nurse that worked at a hospital told me. “If I am ever in an accident please make sure I never get sent there. They call it “Vista Kills” for a reason.“ (It was really named Vista Hills.) He had no confidence in his colleagues to keep him alive in an emergency. He wanted to go somewhere else.

Suppose you saw the two pelons on TV who are selling Nissans, driving about town in Hondas or Toyotas. ¡Oralé! What would you think? 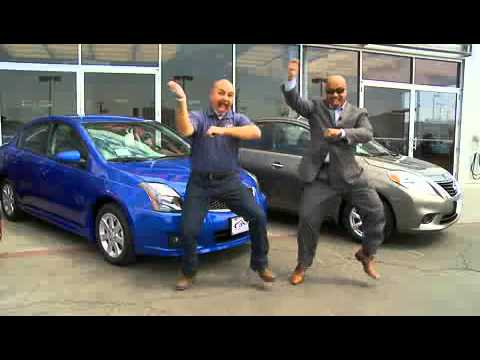 Would you say to yourself “These people are hypocrites?” Or would you think, “Well, they are just looking out for themselves. Good for them?”

“Eat your own dog food” is a saying, originally from the early 20th century, made popular during the 1990’s by Microsoft and among the tech and business crowd: What that phrase means is that a company or the people in an organization should be so confident in its product that they should actually use it.

“We need to eat our own dog food.” A person working for Microsoft should, theoretically, be so confident in Microsoft products that they use a Windows PC when working with clients or even at home.

The idea of course, is that if the product is good, then at least those that make it would be confident enough to use it.

A person selling Nissan cars, if they ate their own dog food would drive a Nissan. A person working at a particular hospital should be confident enough to go to that hospital when they are ill.

I was thinking about that saying, “Eat your own dog food” when I was talking to some public school teachers about where they send their children to school.

Surprisingly, some on the group said that they sent their kids to private schools.

When I pushed back and asked why, a whole litany of reasons emerged, from “private schools provide a safer environment” to “better chance of going to a good college,” to “smaller classes.” There were a lot of in-between reasons, like “less bullying” and “they get religion there” but in the end, they all sort of grouped the reasons into “we do what is best for our kids.”

Did you get that? Public school teachers, sending their children to private schools because it is what is “best for them.”  These teachers, and many like them, do not eat their own dog food.

Hypocrites or looking out for themselves and their kids?”

While it is hard to blame a parent for looking out for what they consider the best interests of their child, it is an interesting phenomenon that some public school teachers and administrators think that the exact places that they work are not good enough for their own children.

And this is not a local phenomenon.

A June 2015 study by Knowledge Networks found that 20% of public school teachers send at least one of their children to a private school which is higher than the general population of 13%.

You, no doubt, have come across employees at some businesses that you can tell right away have no belief in the organization they are working at. Perhaps you have even worked with someone like that. What goes through your mind when you meet or work with a person like that?

Do public school educators that believe that private schools, or even charter schools are a better choice for their kids than the ones they work for instill that confidence in the organization? If they do not believe in the product that they themselves are producing, why do they still come to work there each day?

One also has to wonder whether or not these educators understand that by sending their children to private schools, they are hurting the very institution that they are working for. Public schools are funded in part, in Texas at least, on something called ADA, or Average Daily Attendance. That means that the public schools get money for each child that shows up each day.

The more “butts-in-seats,” the more a district receives. Less butts, less funding. Less funding means fewer programs. It is not a theoretical exercise to say that a public school employee, sending their child to a private school, for whatever reason, financially hurts the very public school that they work for. And while they may say “a single kid won’t hurt the bottom line,” collectively, over time, the bottom line is affected. There is no way to say it is not.

I once asked a question to a group of teachers that I was conducting a professional development session: “Would you want your child to attend the school that you teach at?” For many in the group, the answer was “No.” I then asked why not, and received back lots of the same answers the teachers gave for sending their children to private schools: Safety, poor teachers, bad administrators, no vision for the campus, etc.

I then asked what they were doing to improve the conditions at their campus, to make it a place where they would send their children. I was met with blank stares. Essentially, they had either given up trying, or they had concluded it was someone else’s job.

I am torn as to what to think about this phenomenon. Part of me asks “Why would you be willing to work at a school district but not show support by sending your own kids to the schools. Another part of me thinks “Well, you are the parent, you know the needs of your children better than I.” But then I go back to “Whatever happened to loyalty to your organization?” Whatever happened to eating your own dog food?

In El Paso, the issue will become even more cluttered in the next few years as public charter schools move into town. They are free for parents, so that makes them more attractive than private schools but they pull from the same funding pot so any kid that goes to a charter school is taking ADA away from local public school districts.

What happens when public school educators start putting their children into Charter schools but refuse to work at them because they pay less?

You probably wouldn’t buy a Nissan from a dealer driving a Honda if they told you “Hondas are better for me. But that’s just me. For you, Nissans are just fine.” or eat at a restaurant of you knew the chefs and cooks never ate there themselves. “We don’t eat there personally, but for you it is just fine.” People from organizations refusing to eat their own dog food leave a bad taste in my mouth.