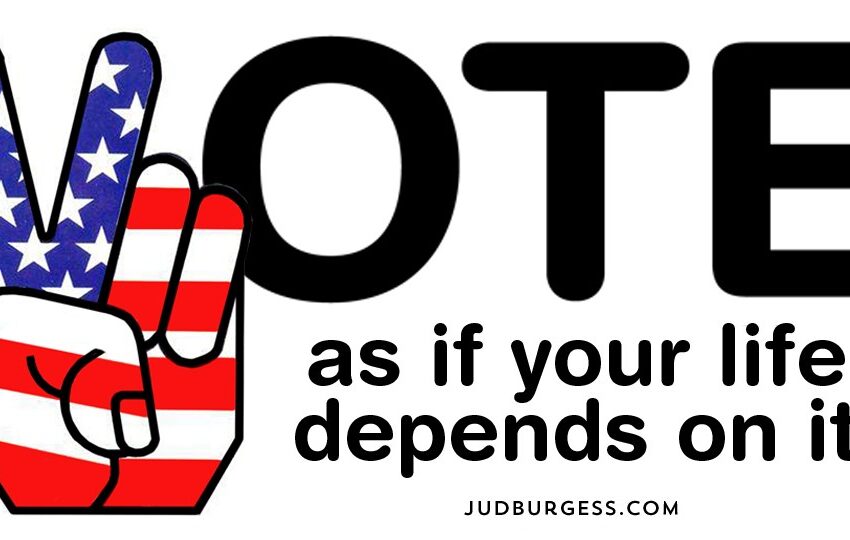 Don’t be one of the 92% of registered El Paso voters who sit out the election to Netflix the night away.

It is said that a city which brings out only 8% of its voting public on Election Day deserves the leadership it gets.  And this truism has proved itself in painful clarity with our current crop of representatives inhabiting City Hall.

While campaigning, our mayor looked El Paso squarely in the eye and promised that he would “hold the line on taxes” because we could ill-afford to raise them given the financial predicament our city is in.  He didn’t waste a minute backpedaling and breaking his word after winning his election.

Most of our current city council reps have been complicit in systematically raising our taxes without so much as a No Vote on behalf of their constituents.

What does El Paso’s pathetic level of voter participation tell us?

It states loud and clear that there is an eroding state of apathy, ignorance and inertia plaguing our city.   It reveals our City leaders’ penchant to exploit our lack of interest and understanding by systematically sliding taxes under our noses to accomplish questionable agendas.

It says we don’t care.

…that the mayor and city council have issued over $125 million in non-voter approved Certificate of Obligation debt to make up for underfunded projects and to pay for budget increases we never agreed to, i.e. tripling the cost of the children’s museum to $60 million?

…that twelve current 2012 Quality of Life projects are on average almost 50% overbudget?

…that money set aside to pave El Paso’s crumbling streets is underfunded by $32 million every year according to El Paso CFO Robert Cortinas?

…that the mayor and city manager advised the Central Appraisal District to increase our property values several percentage points this year knowing that El Pasoans already pay the 2nd highest property tax rates in America in respect to our average yearly incomes?  (El Pasoans earn an average of $20,150 per year while the rest of Texas averages over $30,000 per year)

…that the mayor has stated the arena will more than likely cost at minimum of $250,000,000 to complete?  This figure doesn’t include peripheral costs like yearly maintenance and employee salaries, parking garage construction, traffic modifications, etc.

…that City leaders continue to hand out multi-million dollar tax breaks to real estate investors and their projects, robbing El Pasoans of taxes otherwise due and keeping citizens shouldering 70% of the tax burden while the private sector only pays around 30% of the taxes required to run our city?

…that this is systematic fiscal abuse committed upon El Pasoans by our public servants.

We are charged with the sacred American responsibility to cast our votes and affect change in our government. Sitting out elections while we wring our hands and complain about poor and abusive leadership is inexcusable and a neglect of our city, families, friends and ourselves.

City Council has four seats open on November 6, three of them are incumbents who have proven to have appetites to continually tax us with impunity.

If we honestly care about El Paso and it’s future, it’s time we voted for candidates who are fiscally responsible and will stand up to our mayor and city manager and say NO to raising our taxes at their every opportunity.

It’s time we elected candidates who demand government transparency, citizen participation in improving our city, ethical behavior from themselves and an end to abusive taxation and overbudget QOL projects.

Do it for El Paso.

Jud Burgess is a local graphic designer, business owner, and blogger who is involved in local activism efforts.  WEBSITE  /  James No Bond on FB