The National Wildlife Foundation estimates that the United States is the second largest global contributor of carbon emissions, though only comprising a mere 4.4% of the global population.

The international conversation on global warming can at times seem discouragingly pessimistic.

While the scientific community shares the consensus that global warming is indeed a critical global issue, it seems that the movement for an international communal effort has only begun to gain momentum.

Meanwhile, newer green technologies are continually competing in broad markets against other long-established companies and products. Even worse, unequal tax burdens for existing energy companies, as well as a failure of the market to value green energies to begin with, are only some of the contributing factors that are slowing the global green energy movement.

The reasoning behind the argument against energy reform stems from two basic beliefs: first, that the science is wrong. Surprisingly, there is still a large population of people who either deny the implications of rising carbon emissions or deny the scientific community’s findings altogether.

Second, the more pragmatic critics note that – while it may indeed be in our best interest to accelerate the transition to more efficient sources of energy – the reality of capitalistic interests, insufficient technologies, and unscalable initiatives seem to be the insurmountable challenges that many are not yet willing to face.

Considering that the effects of carbon emissions are affecting the planet, this brings up an unavoidable question: Are we humans the only ones who are suffering from this global phenomenon?

The International Union for the Conservation of Energy estimates that nearly 21,000 species of animal life are at risk of extinction due to rising CO2 levels in the Earth’s atmosphere. While this number does not include plant life, with such a huge proportion of the natural kingdom in such alarming danger, the question must be asked:

Do we have an ethical duty not only to ourselves, but also to the other species of life on this planet to do something about our carbon emissions?

In light of these considerations, many countries are making strides in addressing these issues.

On January 1st, 2017, The Costa Rican Electricity Institute reported that 98.2% of the country’s electricity generated in 2016 was created by renewable energy sources.

Countries leading the globe in renewable sources of energy include Denmark, Switzerland, and Sweden, each scoring a perfect A in each of the domains, per the 2016 index.

The United States came in 14th place with the weakest domain being Environmental Sustainability, which the council defines as, “…the achievement of supply- and demand-side energy efficiencies and development of energy supply from renewable and other low carbon sources.”

While an all-or-nothing approach seems to be a looming inevitability, the global leaders in sustainability seem to have already come to the realization that the longer we wait for a global coalition, the greater the danger we are in.

Countries like Denmark, Switzerland, Sweden, and Costa Rica seem to be hinting to the world that we have more control over our future than we might think.

Indeed, this is the mentality that we as Americans should keep as we make decisions that affect lives other than our own.

Websites like carbonfund.org suggest ways in which individuals can reduce their own carbon footprint, including ideas for our driving habits, traveling, home ownership, and even weddings.

The quality of our lives in the future depends entirely on the decisions that we each individually make today. Perhaps the longer that we wait for an international consensus on global warming before acting, the greater and greater our future challenges may become.

The choices we make about what we put into our bodies each day, the kinds of companies that we choose to buy from, and the way that we choose to live our lives as conscious consumers all do indeed affect other conscious, living beings. As we have seen, a little change can go a very long way.

I am always disinclined to end essays with quotes, but I am strongly reminded of the anthropologist Margaret Mead who said, “Never doubt that a small group of thoughtful, committed citizens can change the world; indeed, it’s the only thing that ever has.”

Clearly, the time has come for us to shift the conversation from disappointingly delayed global efforts to the kinds of things we can each do in our own lives to contribute to the greater good.

It us up to us to lay down a brighter future for those who will inherit this planet after us.

By Gabriel Fernandez – Special to the Herald-Post

Author: Gabriel Fernandez is a creative consultant and co-founder at thChrch, a creative accelerator in El Paso, Texas. He writes at www.gabefernandez.net and can be reached at gabe@thchrch.com. 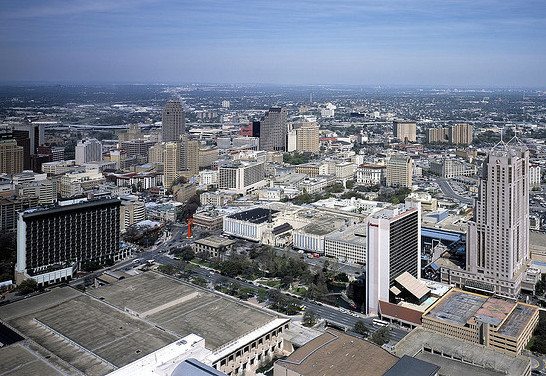