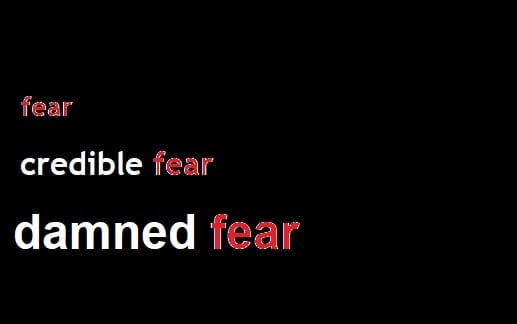 Before you dive into this one, fair warning, it’s got a couple of seemingly odd asides, and a good old movie reference, since we as Americans love to compare everything to the big screen.

Over a hundred years ago, the great American writer, humorist and speaker Mark Twain popularized a very British saying.

Twain in his Chapters from My Autobiography, wrote: “Figures often beguile me…particularly when I have the arranging of them myself…there are three kinds of lies: lies, damned lies, and statistics.”

The phrase illustrates the idea that statistics can be used to bolster weak – or untruthful – positions.  It’s an interesting proposal, especially here in the ‘post-truth’ era that we find ourselves in, where any point of view can be substituted as fact and backed up by any number of statistics (or websites, or network) depending on one’s particular slant.

With that in mind, I began to think of the ‘reality’ we all share, here in the second decade of the 21st Century.  A reality where where truth is fluid, where things previously proven true – without challenge – are subjected to the most outrageous interpretations, conspiracies and alternate facts; where lies, damned lies and statistics are now held on high, diminishing the truth daily.

And that’s when it struck me. The only thing that can possibly top the truth may be the most powerful tool of all.  An old tool of politics, and of the mob mentality: Fear.

But not just one type, as its offspring have mutated and taken root.  So let’s take a look at the three types of fear that now exist.

Fear, which one of our greatest Presidents – Franklin D Roosevelt – warned us about, is easy to understand.  It’s the feeling of dread that something, or someone, may cause harm.

The monster under the bed, crowds, speaking in public; and the darker ones: loss of a job or status, loneliness, death.  Each one of us knows this level of fear, even wrapped in our seemingly safe cocoon of first-world America, this is an across the board, shared feeling.

Then there’s credible fear.  The phrase that’s been tossed around like a political frisbee of late.  This is where there is a threat, and it isn’t the cucuy.  On one level its the meth-soaked abandoned home next door, with drug-addled zombies stumbling in and out at all hours of the night. On the opposite end, it’s slums populated with roving gangs, bribed officials, daily shootouts and death – all with no arrests.

It’s a level of fear most Americans will never know- while at the same time – some fellow humans in far away places live in daily.  It’s the fear that makes the headlines – from Long Island to Chicago to Los Angeles – and scares the average resident of our country, even if they’ve never been a victim.  More on this in a bit.

Damned fear is taking credible fear, injecting it with steroids and nitro, dusting it off, selling it to millions of Americans who’s regular fear has been gnawing at them.

In the face of the numbers that violent crime is at the lowest level in years, damned fear tells Americans that MS-13 is right down the street, sharpening their machetes and coming for you.

While research shows the clear advantages of speaking more than one language – be it French, German or Spanish – damned fear tells Americans that the other groups are discussing, plotting and most likely ridiculing them by not speaking English in this country.

And while for over 200 years, we’ve respected the rights of others to peacefully assemble and pray to the deity of their choice, damned fear confirms to those Americans that Sharia Law is now in effect in several cities and towns and will be the end of America.

Damned fear propagates the myth that America is lost, and the best way to rescue her lies in her past.  A return to law and order.  The way things used to be in the ‘good ol’ days.’

It also posits that America is some sort of ‘zero-sum’ game, and the arrival of any immigrants – illegal or otherwise – will somehow damage existing resident’s lives or livelihood. As if the immigrant’s quest for a safer life and security actually removes the same for the believers in the damned fear.

We’ve seen it first hand now, out in public – captured by cell phones or social media feeds.  Damned fear is rolling across the country.

And about those immigrants coming here for asylum, under credible fear for their lives.

The purveyors of the damned fear – those who rail and rage that we need to get tougher on criminal immigrants – such as members of MS-13 who are roaming the streets, threatening our safety, they are the very same who deny the credible fear that leads scores of women and children to escape their countries where those gangs actually run rampant.

Like a ponderous boulder pushed off a ledge, the actions of the government are now picking up speed; and like a boulder are crushing lives and sending people scurrying for safety.  All the while, those who set it in motion gleefully peer over the edge, yelling “good riddance and you deserve what’s coming to you!”  The damned fear, lording over the credible fear.

There’s a scene in Steven Speilberg’s much-overlooked movie from 2001 – A.I.  It’s a film he completed after his friend – and movie legend in his own right – Stanley Kubrick passed away.

In my viewing of Kubrick’s films, it seems that he had this idea that man, either in space or in an authoritarian future, was this creature who lived in and among various stages of fear, and reacted accordingly.

From A Clockwork Orange, to 2001, to Full Metal Jacket and The Shining, fear and credible fear are the uncredited stars of the films.

But in A.I., a story of a machine-boy built to fill the void left when a family must place their son in stasis until his disease can be cured, Kubrick/Speilberg tapped into this damned fear.

Set in an America where global warming has submerged scores of cities, where wealth can buy a permanent respite from the troubles of the world, and where androids now handle most jobs, leaving regular citizens lost between poverty and escapism.

The family, well-off, but not wealthy by any means decides that the boy is the most logical replacement for their quazi-dead son.  And they activate his bonding program, basically allowing the boy to love his new parents unconditionally.  That is, until a cure for the stasis-set real son is found and used.

Now the family, freed from the credible fear of their son’s death, has to deal with the damned fear of what to do with this robot that loves them unconditionally, but will never age.  The son turns on the robot, begins torturing it, prodding it, making it look like the robot wants to do harm to the family.

In a final, desperate scene, the mother drives out to the country and dumps the robot boy the wilderness, like a pet that’s been outgrown.  He can’t fathom why the person and family he loved so much would now want him gone.

He quickly falls in with another outcast android, an escaped gigolo, who is running not only from his past, but groups of hunters who seek retribution on all androids.  Hunters who have been told, just like the population of the movie America, that all their ills were visited upon them by these robots.

Loss of status, loss of jobs, loss of their way of life.  And the androids must be punished for it all to go away, to feel better and to rid the land of them so that real people can again take their rightful place in America. All the while, they partake of the android’s benefits both social and carnal.

Common Americans, taking out their frustrations on their one-time assistants, waiters, janitors, and even doctors with glee. Degrading comments and jeers served with hooting and hollering in unison. All the time, ignoring the real crumbling going on around them.

But at least they felt good about ridding the country of their ‘problems.’

It was a difficult movie for me to watch, and by the time they reach the point where the androids are ‘punished’ in a country-fair-meets-monster-truck-rally-meets-lynching (only halfway through the movie, by the way) it’s nearly unbearable.  A disturbing scene to watch unfold.

One I thought  ‘can’t happen here.’

All the while believers of the damned lie, common Americans, taking out their frustrations; degrading comments and jeers served with hooting and hollering in unison…either in person or via their on-line personas.

It’s for the good of America.  The Damned Lie.

Now we have tent camps going up on military bases and near ports of entry to house the children we’ve removed from those seeking a better life; abandoned Walmarts converted into ‘holding areas’ with chain-link fences; flat screens with Spongebob playing above their heads.

Do not give us your tired, your poor, or your huddled masses.  They will be turned back, families ripped asunder and shipped back to their teeming shore.  They are now ‘our’ credible fear – the ones responsible for our situation.  Our damned fear.

It speaks volumes that a mother and her child, or father and his family would need to make a journey of thousands of miles to escape a life that most Americans can hardly fathom.  That their first action to get to a better place would have to break a law and risk everything.

It speaks volumes that this administration has chosen to flout, and pick and choose the laws that they so vehemently wrap themselves in at every chance, for the good of the republic.

This country now finds itself at a very dangerous point.  Damned fear reigns, and true believers applaud.  Credible fear is ignored or perverted to make a political point. And sides are being chosen – either by free will or by the push of the crowd.

Man is a very dangerous creature when pushed by fear. Decisions made under that duress rarely turn out for the good of anyone.

It’s time to stand up to the fear.  To remove the tarnish that covers our golden door and relight the torch.  Not just for the good of those immigrants we’re abusing, but for the good of the abusers who are ‘following orders,’ their cheerleaders, and our children as well.

And for the good of our shared American soul.