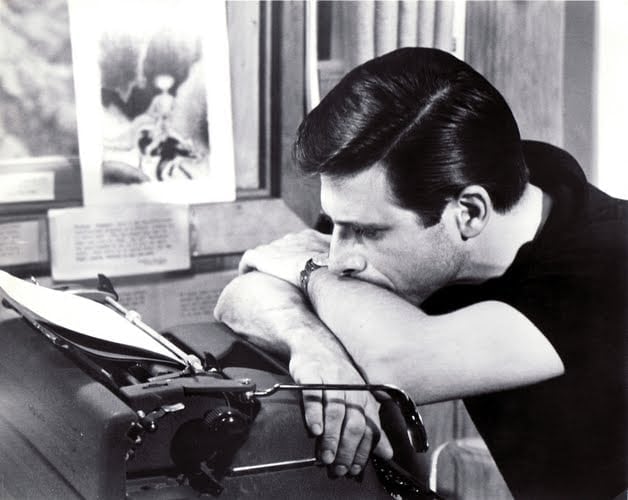 Harlan Ellison is dead. He bit it a few days back. He was old. 84 to be exact. It was his time. He had lived quite a life, and for most of you, the name means probably zero.

To me however, as a teenager in the late 70’s and early 80’s who’s best friend David, regularly let me read Heavy Metal magazine, mostly because I liked the scantily clad imaginary women with enormous breasts who always seemed to be needing rescue from an equally scantily clad men with enormous, well, muscles, every once in a while there was an article that caught my eye.

Really. I sometimes read it for the articles.

Thank the gods David’s mom was German and had a completely different world view of what teenage boys should be allowed to read than what my Methodist parents thought.

In the March 1981 issue, there was an essay was by Ellison “Fear Not Your Enemies.”

In it, he spoke about how when Lennon was shot to death in front of “The Dakota” apartment building the world went crazy with grief.

That same day, several other noted Americans including an Olympic medalist was also shot to death and left, as Ellison wrote, to become worm food, and no one batted an eye.

No eulogies on national TV, no calls for gun control, no silent vigils in Central Park. Why was Lennon special? Was his death somehow more important than the others?

Turns out, Lennon was to become just another statistic, another number, more worm food in our nation’s never ending sacrifice to the gun gods living on Mount Enareh.

Ellison wrote with passion about how we shouldn’t fear our enemies but rather those that allow those enemies to live among us.

The title of the essay itself was taken from Yiddish poet Edward Yashinski who survived a Nazi concentration camp only to die in a Soviet gulag:

“Fear not your friends, for they can only betray you.

Fear not enemies, for they can only kill you.

Fear only the indifferent, who permit the killers and betrayers to walk safely on the earth.”

Ellison saw it and warned us about it in 1981, long before most and certainly long before I did. Lennon wasn’t an anomaly, he was the norm. A famous norm yes, but a norm non-the-less.

And Ellison’s essay, read by that teenage kid 37 years ago set me on a path that to this very day, established what my feelings about guns and gun control should be.

Before Facebook, before Twitter, when the only social networking was friends lending their slightly risqué magazines to each other. The power of that one essay lived longer than Harlan Ellison probably expected it to, and in my mind it unquestionably outlasted him. That one essay showed me the power of the written word, more so than any teacher I had had to that point.

My last donation to the Brady Campaign to Prevent Gun Violence can be traced directly back to that essay, read secretly in my bedroom under the cover of night. The power of the pen over the power of the sword, or the gun.

Yeah, Harlan Ellison was a jerk. He was science fiction’s equivalent to your crazy Uncle Bob you have to invite to Thanksgiving dinner, even though you know he will start a fight about government UFO conspiracies, Hillary’s emails, and how Trump is the greatest leader since Robert E. Lee.

He was perpetually contrary, was chronically grumpy, and he never missed a chance to try to stick his finger in the eye of the science fiction establishment. But he also was a gifted author, having written Hugo award winning stories and screenplays and perhaps the greatest Star Trek episode: “City on the Edge of Forever.” He edited two anthologies of short stories (Dangerous Visions and Again Dangerous Visions) that changed the course of science fiction.

Like those gritty graphic novels or science fiction series that deal with actual human drama? Thank Harlan Ellison’s editing skills in the 1970’s and 80’s. Then go download a copy of “Again Dangerous Visions” and understand for yourself that good storytelling is transformative and doesn’t need pictures.

Words, well thought out, well organized, and well written can move the indifferent. And we need that now more than ever before, because we have a lot of indifferent out there, allowing the killers and betrayers to walk safely on the earth.

Indeed he did and indeed he does.