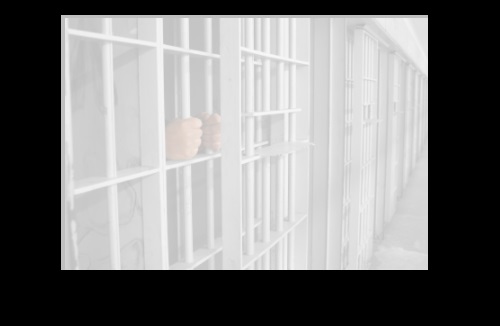 Transgender women (biological men identifying as women) are requesting transfers to serve their sentences in women’s prisons and serious consequences have resulted.

In July 2020 California passed a bill that authorized inmates be housed according to gender identity rather than biological sex.

Since January 1, 2021 the California prison system has received 260 applications (three per day) for transfers based on gender identity.

After the passage of the gender identity bill in CA the LA Times reported that guards at Chowchilla warned women men were coming and they should expect sexual violence. The guards did not use the term “transgender women!”

The women were also told “… we’re going to need a facility that’s going to be like a maternity ward. … an inmate program where inmates become nannies.”

England has also been down this road and they acknowledge rape is a real problem not a hypothetical one. In response to a question regarding transgender rapes in women’s facilities the Minister of Justice stated “while inmates who identify as transgender make up about one percent … inmates in women’s jails and prisons, they have committed 5.6% of all reported sexual assaults.”

In mid-April the Biden administration came to the defense of a “transgender woman” being housed in a Georgia men’s prison who alleged to have been raped 14 times. The Biden’s DOJ filed a “statement of interest” in the Georgia case to inform that refusal by prison officials to transfer individuals to facilities based on their gender identities violated the Eighth Amendment which prohibits “cruel and unusual punishment.”

The Biden administration then said they would be abandoning Trump policies that rolled back protections for LBGTQ community. This decision restores Obama-era policy which directs prison officials to consider “gender identity” in prison assignments.

Once again the Biden administration eliminates a reasonable Trump policy then Biden minimizes the impact of his disastrous policies.

After “four women in a Texas prison filed a lawsuit challenging Obama-era policy alleging that being housed with transgender women created dangerous conditions” the Trump administration instructed prison officials to use biological sex in assigning prison facilities and that gender identity “would be appropriate only in rare cases” on a case-by-case basis.

This is another indicator that President Trump listens and implements the best policies based on facts.

After a rape in an Illinois prison, the governor blocked the transfer of the transgender woman back to a men’s facility. Most disturbing in the Illinois rape charge was the warden’s testimony that “… had no interest in women;” yet one sexual assault charge was upheld and referred to as “consensual” by the inmate’s attorney.

Why isn’t the Eighth Amendment being applied to the women being raped who also deserve equal protection under the law?

These women are entitled to a safe environment. Isn’t it the duty of the DOJ to protect their constitutional rights too?

Perhaps a start to prevent rapes would be not to “transfer fully equipped men to a women’s prison.” Create a separate facility for transgender women who have not had gender reassignment surgery. Or would this be considered gender discrimination?

This is wrong and abhorrent and Biden should consider circling back to Trump policy or implementing a better policy. Women cannot be left unprotected in their prison environment.