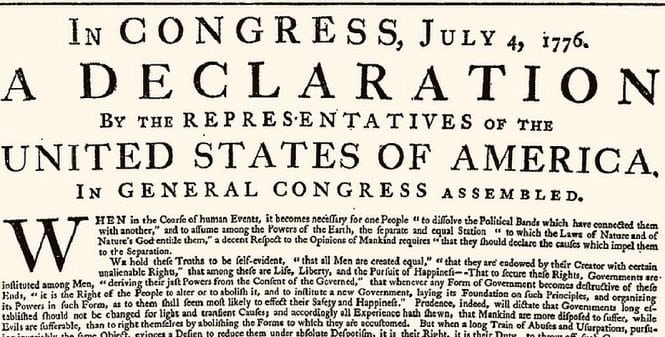 Take a look at this meme that rears its ugly head once in a while across the Internet especially on Facebook:

For those of you that cannot read cursive, it says;

I don’t even know where to begin. Let’s start with the probably obvious: Some people, and I am gonna guess it is people that have not been in a school in decades, are upset that cursive handwriting is no longer being taught in many school districts across the country.

There are many very good reasons for this, but the most obvious one is that a child does not need to understand or write in cursive in order to communicate in today’s world.

Printed word, audio, video, and other forms of communication are all taking over from the cursive writing of old. And computers don’t put out content in cursive, unless you tell them to.

Of course, this meme was probably made by some older, more conservative person that think our kids need to be able to READ primary source historical cursive documents that are from the early years of the United States. However, MOST historical documents are not written in English, are not written in English cursive, and are not from the United States.

And chances ARE that the ones written in English are probably written in Olde English, which most people, students or not, would have a difficult time understanding anyway.

So let’s take a look at some of those “primary source documents” that kids are supposed to be able to read. Start with the most obvious: The Declaration of Independence:

This is the CURRENT condition of the Declaration of Independence that is in the National Archives: Faded almost to the point of transparency. I have actually seen the document up close and personal. It is very close to being illegible. Even if a student could read cursive, it would be of little or no use. The writing is that bad.

How is that “Need to be able to read cursive working for you?

Let’s look at another primary source: The US Constitution:

So historical documents were all written in cursive? The meme makes it sound like it. But like most memes, it is almost totally false and creates a story that cannot stand up under the facts.

Back to the Declaration of Independence. Most Americans do not know the original was printed in PRINT form, distributed across the colonies and THEN written in cursive later:

The point is, the printed version or for that matter the web version, unless there is some compelling reason otherwise, is almost ALWAYS easier to read and understand than the “historic” cursive version. Unless you are Nicolas Cage and need to steal the original document to find the hidden treasure map on the back using lemon juice and a candle, chances are the printed version will work just fine.

Consider the TEXAS Constitution: It was and always has been, printed. Never cursive:

The Japanese Surrender Documents at the end of World War 2: Printed.

Your mortgage papers? Printed.
Your divorce decree? Printed.
The local newspaper (if you even know what that is): Printed.
Textbooks? Printed.
Most online content? Printed.
Want to buy a car? I hope you can read printed script.

In fact, I bet you cannot think of an important document other than your High School diploma that didn’t use print script.

For those that insist that you still need to WRITE cursive to understand historical documents, consider the Magna Carta, written in 1215 in LATIN in print script,  and the basis for much of our Constitution, here is what it looks like:

Here is a transcript in English.  Now, tell me, what is easier to understand? Unless your Latin is good, I suspect you liked the English PRINTED translation.

These types of internet memes are usually put out by nostalgic people thinking that the world they remember was better than the world they live in now. Sadly, they don’t seem to understand that in many aspects, the world they once knew is gone, and had been replaced by something even better. Why, I can’t even recall a time when the Fox News headline scroll was written using as cursive font.

Let old ways die. Just because YOU did it, does not mean it was better. It is totally okay to remember your past, but don’t force it on the rest of us.

The world has gotten much better over the years. Much better.