Op-Ed: You Now Have No Excuse Not To Learn

Recently, a local opinion columnist wrote that he had “…no appetite for anything modern.” In 600 words he was able to castigate modern movies, sports, music, women who are “no longer coy,” the #takeaknee movement, and basically anything that has happened in the world after say, 1955 as being culturally irrelevant, vulgar, or corrupt.

Roll Over Beethoven: Not Okay.

Shakespear in Love: Not Okay.

Warhol’s Tomato Soup Can: Not Okay. 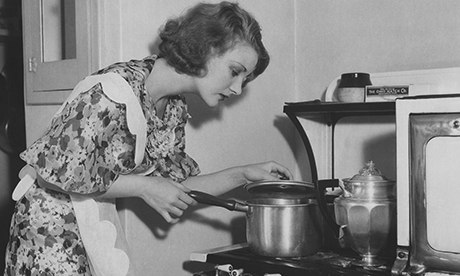 You get the idea. Some older people are like that. The “good old days” will always be better than today in that fog of memory that reminisces on the good and expunges the bad.

“Never mind we had polio and segregation, dammit women stayed at home and wore dresses!” Such as it has always been with older people. But like Carly Simon once sang “…I’ll stay right here, cuz these are the good old days.”

Years from now, some grumpy columnist will write about how back in 2017, things were better that they are now. (The irony of course is that his “I hate everything modern” screed was delivered over the internet.)

It is too bad that he has that idea of “everything new is bad, everything old is good.” Actually, by almost any matrix he could think of, the world is far better off today than at anytime in the past despite all of those ungrateful, kneeling, grunting athletes.

According to Our World in Data, right now, the world has the lowest levels of people living in extreme poverty, illiterate citizens, childhood mortality, people living in totalitarian societies, the number of children per mother, and the amount of education each person on the planet is receiving.

Those are not numbers from the last fifty or one hundred years. Those are numbers across all of human history. EVER. You and I are literally living in the greatest time in mankind’s history. Really. You may feel it is a Dickensonian worst of times, but on the big picture level, it really is the best of times.

One sign of the “things are better now than ever before” is the availability to almost anyone on the planet of free educational materials that had never been available before. Because of advances in technology, complete courses at the high school and college level on almost any topic are readily accessible to anyone with a connection to the internet.

Would you like to take a course on Classical Mechanics from Stanford University with Professor Leonard Susskind? Just click here. How about a Public Economics course from Harvard?

Apple created iTunes U several years ago as a repository for free courses from postsecondary schools from across the globe. Since then, literally thousands of complete courses have been uploaded.

Got an iPad or an iPhone? You can go to Harvard, MIT, Stanford, Open University, even NMSU. Hundreds of universities participate. All for free. You don’t get the college credit, but you can take the course at anytime, at any age.

A 15 year old interested in Aerodynamics can challenge herself with by taking a free course from Harvard.

In addition to the free courses in iTunes U, Massive Open Online Courses (MOOC) are giant online courses open to anyone in the world that wants to take them.

In 2011, Stanford University opened a MOOC on Artificial Intelligence that had over 160,000 students from all over the world attending, all for free.

Since then, organizations like EdX (edx.org) have created hundreds of courses, most for free, all online, for anyone anywhere. There for the taking, like a giant buffet of learning. All you have to do is load your plate.

I pity anyone that has no appetite for “the modern.” “The modern” has allowed us to bring learning to anyone, anywhere for little or no cost. The playing field, where once only the elite or the chosen had access to knowledge is quickly being leveled because of “the modern.”

You can afford free. You can make time for anywhere, anytime learning.

You are out of meaningful excuses. You have no excuse not to learn, to improve yourself, and at the same time your little slice of humanity.

I have a great appetite for that kind of modernity.

Author: Tim Holt is an educator and writer, with over 33 years experience in education and opines on education-related topics here and on his own award-winning blog: HoltThink. He values your feedback. Feel free to leave a comment.