Another great EO rescinded by Biden without an explanation why it was rescinded or if will be replaced.

In 2015 a U.S. company, GH America Investment which is a subsidiary of a wholly-owned Chinese company, was purchasing land in the Del Rio area. By January 26, 2021 it had purchased a total of 130K acres purported to be used for a wind farm.

After President Trump’s election he stated “Additional steps are required to protect the security, integrity, and reliability of bulk-power system…I hereby declare a national emergency with respect to the threat to the United States bulk-power system”

President Trump recognized that potential danger of infiltration from Chinese technology to our power grid. Because of the proximity to the US/MX border, President Trump also recognized the threat to our national security as China could observe our operations on the border and assess our strengths and weakness.

Also of major concern, China would have the ability to collect sensitive intelligence from nearby military bases like Ft. Hood, Ft. Bliss, Lackland and Laughlin AFB.

Before the Senate Judiciary in July 2019, FBI Dir. Wray stressed “there is no country that poses a more severe counterintelligence threat right now than China.”

Retired CIA Daniel Hoffman says “I will loudly ring alarm bells about the threats to our national security from GH America and its Chinese Communist Party overlords.”

The idea of Chinese espionage from within our own country is alarming and the fact that the Biden administration is ignoring testimony given before the Senate and concerns expressed by Ret. CIA Hoffman as to the dangers China poses is unsettling.

The Biden administration may not be listening, but the State of Texas is. There is an effort underway in this legislative session to pass a bill that would prevent hostile foreign countries from purchasing land in Texas that could ultimately result in a disaster for Texas and our country.

On April 26 th the Texas Senate, by unanimous vote, passed “The Lone Star Infrastructure Protection Act” which bans anyone connected to China, Iran, NoKo or Russia from entering into contracts which include Texas’ infrastructure.

The bill was referred to State Affairs on 4/28/2021. This is a “must” piece of legislation! Time is running out. Let’s make those calls. 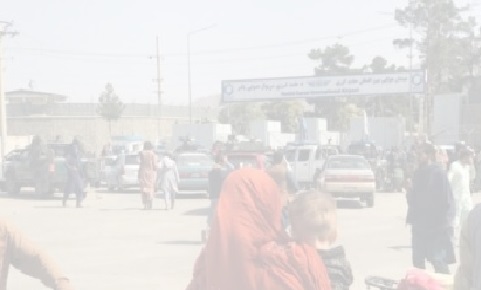