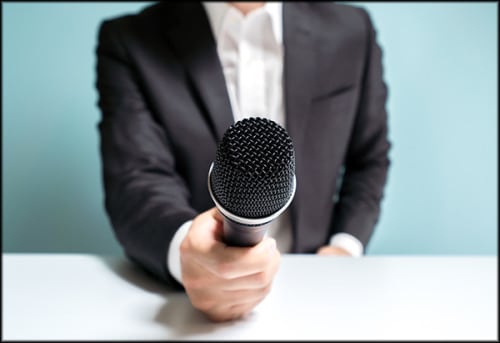 When I was in 7th grade or thereabouts, I remember Mrs. Aunie allowing some of us that finished our work early to play a game called “Propaganda.”

Each player was given an example type of propaganda, be it political, advertising, whatever. The other players had to try to figure out which one, out of over 50 types, of propaganda technique was being used. It was a great game, because it taught the players ways to detect when they were being mentally manipulated by advertisers, religious leaders, politicians, military leaders, even your friends.

It was my true first view that the world I experienced wasn’t exactly the way I was experiencing it. That doctor in the commercial that recommended we eat Grape Nuts may not actually be a doctor?

That statistic that showed 4 out 5 dentists recommended sugarless gum might have been manipulated? That politician that said “…the American people want so and so” might just be using some skewed poll?

When Oil Of Olay made you look 10 years younger, what happened if you were 8 years old and put it on? When the President asked God to “Bless America,” what about all of the other countries? (Check out the 50 types of propaganda here)

I thought about the Propaganda Game while watching the O’Rourke/ Cruz debate.

Ted Cruz pointed across the stage at Beto O’Rourke and said that “his are not the values of Texans.” A few in the crowd cheered. The implication of course, was that his opponent, Beto O”Rourke was some kind of stranger to Texas, an elitist, a carpetbagger, trying to come in and take away your “Texas approved” whatever.

Never mind that O’Rourke was born and raised in Texas. It was a classic propaganda technique: use a vague phrase with little or no meaning. By doing so, the audience had to mentally fill in the blanks. Hmm, Texas Values. He doesn’t have them, whatever they are. I have Texas values I am sure of it. He doesn’t. That must be bad.

Of course, phrases like “Texas Values” and its corollary “American Values” sound good and important, but actually mean little. What exactly is a “Texas value?” We could rattle off some weird list, like “guns, god, bar-b-q and family” but even those are vague.

Do your “Texas values” match the values of your neighbor? How about your in-laws? Do black Texans have the same “values” as hispanic or white Texans? Do Dallas and Houston billionaires have the same set of values that the people living in border city “colonias” have? Do women have the same values as men?

I suspect in a state with 28 million people, there are probably close to 28 million sets of “Texas values.”

The phrase “Texas Values” is pure political propaganda, with little or no meaning. In fact, the entire debate was filled with propaganda techniques, taken right from the list above. You could sit down and play “Propaganda Bingo” during the debate: Appeal to prejudice, non sequiturs, faulty analogies, vagueness, and on and on.

Unfortunately, not many of our students, nay I say adults, are aware that they are being manipulated every day by propaganda. Does that basketball player, a person that measures every single thing that goes into his body to maximize performance, really drink Sprite and eat Slim Jims?

Does that politician really know what “Texas Values” are? Do four-out-of-five dentists really recommend sugarless gum? Does that makeup with Retinol V Moisturizing Formula really eliminate wrinkles, or does it just fill in cracks like so much spackling paste on drywall?

Were the founders of Texas really heroes? Go to any website with advertising and you are being manipulated by propaganda. Watch any news show and the same is happening.

Go ahead and watch Fox News for 60 minutes with the list of propaganda techniques listed above. I bet you get at least half of them checked off in less than an hour.

Maybe everyone should play the Propaganda Game like I and my fellow Crosby Cougars did all those years ago in Ms. Aunie’s 7th grade Social Studies class.

And you can! The game, created all those years ago by Bonanza star Lorne Greene is still alive online. It’s free. It’s educational.

And it might just make you and your kids see things in an entirely new light.