Op-Ed: Spending Money in all the Wrong Places

In El Paso there is a group of concerned, financially well endowed citizens have decided that public education needs help.

The idea of course is that if they can change what they perceive as a low performing education system, then a domino effect will take place, where the population will become more educated, more educationally demanding businesses (read higher paying) will move into the area and the entire region will benefit.

Their idea is certainly a long term project and one that has been tried elsewhere with mixed to poor results. (All one has to do is look at the so-so results on education reform from the Gates Foundation, which has spent literally billions of dollars on changing the way we conduct education. While the Gates Foundation has not necessarily changed the OUTCOME of education, it has changed the CONVERSATION, which might be the ultimate goal in the first place.)

Among this group, they have decided:

No matter how good their intentions, no matter how much they think they can change the system, I fear they are throwing their money away.

Study after study has shown that donating this kind of money in these kind of targeted fashions do not help educational outcomes significantly, especially for students like those in El Paso. The reason, also taken from multiple studies, is clear: It is NOT with the schools, or teachers, or the even the students themselves. The problem is poverty.

(I hope that SOMEONE in that group would look at the work of UT Austin Professor Michael Marder, who has proven time and again in his work that poverty has a greater influence on a child’s education than any other single factor. Here is a movie that graphically explains how poverty affects college readiness not only in public but in charter schools as well.) 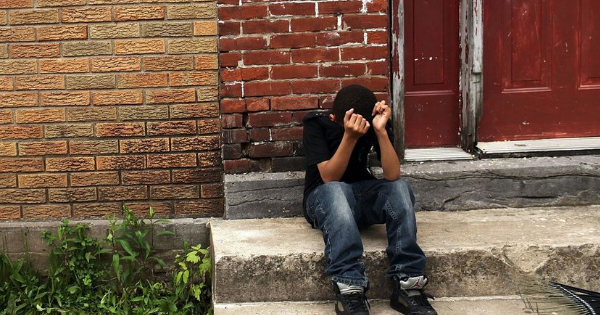 Students coming into school from families of affluence have decidedly better outcomes both in K12 education and in post secondary education than their lesser socio economic peers.

It is not the fault of the families of the students come from poverty. It is just the plain fact of life. (For this argument, affluence is defined as middle or upper income families.)

Consider this small example: A child that comes from a higher income family has a much better chance of going on vacation to a place that is not merely grandma’s house every year as parents will hold jobs that allow for them to take time off to go explore new places with their children. Higher income families are more likely to have disposable income that can be spent on “experiences” like museums, planetariums, national parks, and other informal learning settings. And those are just the beginning.

Experiences are a big part of a child’s learning. One study found that from 1972 to 2005, average spending by lower income families rose, adjusted for inflation, for enrichment activities such as sports tutors and informal learning opportunities, from about $835 per year per family to about $1315. Children that came from more affluent families rose from $3536 in 1972 to over $8870 in 2005. And that gap is growing.

Indeed, many summer enrichment programs targeting students from lower socio economic communities are nothing more than exposing them to experiences that middle and upper income kids have easy access to: the theater, performing arts, the fine arts, field trips to historic and archeological significant locations.

The New York Daily News, in an article about the connection between low performing students and poverty stated “The undeniable fact of life in America, indeed the world, is that higher-income families are fortunate to have the resources to supplement their children’s education with arts, science, history and engaging, expansive learning. Children in lower-income families are usually denied such opportunities. And as their schools become more test-focused, they have few places to turn for this sort of vital enrichment.”

A student with an internet connection at home has a decided advantage over a student that does not, or has to go to McDonald’s or the mall to get connected for free. Every day that a child is not connected at home provides a disadvantage to his or her peers that are connected, creating a snowball effect after several years. Many of us take an internet connection for granted. For many however, it is a household luxury.

Because of poverty, educators are keenly aware that students that have to worry about where dinner is coming from AND their homework will worry more about dinner than homework. That is Maslow 101. Students that have to work to help support their family have to divide their attentions between academics and the reality of family economics. Students in higher income families do not have such concerns.

No one begrudges families with means for providing for their children. Indeed they should be doing that. However, when we look at children from poverty that have the best test scores, and compare their college graduation rates to their affluent peers that have the lowest test scores, even the lower test scoring affluent students graduate at a higher rate then the highest scoring low income students and that achievement gap is widening, not closing, even after decades of pumping money into education programs designed to level the academic playing field.

No matter how much money is spent to change the education processes, unless we are looking at changing the root cause of poorly performing students, which in many cases is low income, then anyone is pursuing a fool’s errand that thinks they can change education for the better. No matter how much money we throw at teacher training, STEM programs, and college and career readiness, or charter schools, we are like the doctor that is just prescribing a pain killer for your cancer.

The pain killer may make you feel temporarily better, but unless the cancer is treated, the patient’s outcome will not improve. Poverty is the cancer. School choice, teacher training and college and career readiness are band aides and Tylenol.

Unless we can remove the rock of poverty, or at least do things to lessen the weight of it, then Sisyphus will continue to try and roll the rock uphill for all eternity.

Perhaps political writer David Sirota said it best when he said: “If America was serious about fixing the troubled parts of its education system, then we would be having a fundamentally different conversation.” He was of course, speaking about addressing poverty and not schools reform. If the elite in El Paso were truly interested in fixing the troubled parts of the education system, then they would be having a completely different conversation. Which they are not.

Those well meaning, well heeled 1-percenters in El Paso might want to reevaluate what and where they are spending their money and have Sirota’s fundamentally different conversation using Marder’s data. Instead of addressing the perceived inequities in the current structure of education which may or may not exist, they should look at ways of leveling the economic playing field in a city where the median income for a family is well below the state and national averages. Not by a little, but by a lot.

Here are a few “different conversations” we could be having:

Education in the US has, as educational historian Diane Ravitch says, been in a constant state of reform since the first public school opened in the 17th century. We can SAY we want better educational outcomes and feel good about spending money on things that have already been tried, or we can DO some things that really matter and fundamentally change education for the better.

There are those that say you cannot change education by throwing money at it. I say you can. You just need to change where you are throwing it.