Op-Ed: Texas must do more to end Wage Discrimination against People with Disabilities

In 2019, Governor Abbot signed legislation banning employers from paying people with disabilities subminimum wages. It’s a well-intended law that puts Texas ahead of many states. But it doesn’t go far enough, and Texas lawmakers should close the law’s loophole that allows for continued discrimination.

This discrimination against people with disabilities has been codified by federal law since 1938 under the ironically titled “Fair Labor Standards Act”. Through a clause in the Act, companies currently can apply for an exemption to pay disabled workers less than the current minimum wage.

The pre-Civil Rights era reasoning of those who drafted this law was that employing people with disabilities is a charitable gesture, and that the wage should be adjusted for work product quality, as well as labor efficiency and productivity. The fact that a worker may have a disability is by itself not sufficient to warrant the payment of a subminimum wage under existing law.

But the reality of how the policy is applied simply creates legalized accommodation of substandard wages for people with disabilities. The annual report from the U.S. Commission on Civil Rights last year cited tens of thousands of people with disabilities earning an average wage of $3.34 per hour for tasks like bagging newspapers, shredding papers by hand or wrapping silverware in napkins. Wages are calculated by regularly timing how long it takes each worker to complete their task and comparing that productivity to an experienced worker without disabilities. As the Commission notes, this is “inconsistent with the civil rights protections to which people with disabilities are entitled.”

Only six states have taken legislative action to end subminimum wages for people with disabilities – New Hampshire, Maryland, Alaska, Oregon, Nevada and Texas. But Texas’s law contains a loophole that allows for this discrimination to continue. The law allows for exemptions for certain employer programs to pay workers with disabilities a subminimum wage if the state “workforce commission determines, based on the worker’s circumstances, that requiring the program to pay the worker at the federal minimum wage would result in the program not being able to retain the worker with a disability” and “the worker would not have success obtaining work with a different employer”.

This loophole lends itself to abuse and people with disabilities being classified as substandard workers. In Texas, some 1,100 workers with disabilities are still paid a subminimum wage. In order to truly end wage discrimination this clause must be struck from the law.

This should not be viewed as an indictment of companies throughout Texas that have generously embraced the disabled community. They have partnered with many organizations on workforce development, training and employment. We in the disability community welcome their support and involvement and sincerely recognize their contributions.

Many people with cognitive and intellectual disabilities lead productive and fulfilling lives, and employment plays a critical part in the quality of their lives. That would not be possible without the support of good corporate citizens.

But the institutionalized discrimination of any community cannot continue. The Biden administration’s recent proposal to raise the national minimum wage would also end wage discrimination against people with disabilities. But we can’t rely on an uncertain political outcome at the federal level to end this injustice.

Texas must take the next step to end discrimination against workers with disabilities by reforming its own anti-discrimination law. 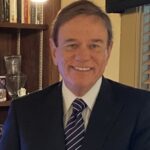