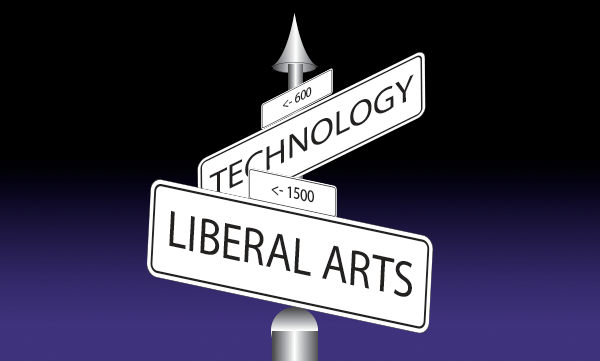 Just a few years back, if one wanted to be a published author, you had to write your novel, hire an agent and have that person shop your book around all of the publishers until you found one that agreed to print your book and distribute it to bookstores across the country. Then you would wait and hope someone bought it. It was a crapshoot.

A few years back, if you wanted to make a movie to be distributed, you would have to purchase or rent hundreds of thousands of dollars video and editing equipment. You would then, much like the author of a book, have to find an agent to shop your masterpiece around to studios., show it at film festivals, and hope someone found it interesting enough to distribute. It was a crapshoot.

A few years back, of you wanted to record a hit record, you would have rented time at a recording studio, which included all of the production staff, and recorded your masterpiece. You would then, much like the creator of a movie, have to find an agent to shop your masterpiece around to studios, go out to radio stations with your tapes, and hope someone found it interesting enough to play on their station. It was a crapshoot.

Just a few years back…

Today, if you wanted to create a full length movie, record an album, or write a novel and distribute them to a worldwide audience, you could do it from your laptop. Heck, you could theoretically do everyone of those things from your smartphone or tablet computer.

Those things that were once were in the provenance of the elite and well connected are now in the domain of the everyday. That which was once was only written in the language of the chosen few are now in the vernacular.

Consider the full length movie “Tangerine,” shot in 2015 almost entirely on an iPhone 5s using an $8 app called Filmic Pro. Of course there were some post production and add ons such as a steadicam, but the point was that a small budget movie could now use a tool that people carry around in their pockets to create art. Indeed, Variety recently ran an article about 12 movies that were shot if not entirely, almost entirely using smartphones.

Dragonborne is a 90 second example of what one can do on a smartphone:

If movie making is not your thing, you have the ability to write and publish your own “Great American Novel” for free using programs such as Apple’s iBooks Author. You can write and publish, for free, any type of book you wish. (If you want to charge for your book there are a few extra, not expensive steps you need to take).

Indeed, the iBookstore is full of books published for free by little known authors. Free no longer means poor quality. The most famous book that started out as a “publish it yourself” is probably “Fifty Shades of Grey,” that started life as a freely published fan fiction for the Twilight series of books.

Anyone, anywhere can write a book and publish it for the world to read. The web is full of self published books in a cornucopia of topics.

In 1968 the Beatles had at their disposal, an eight track track recording studio at Abbey Road. That technology, costing hundreds of thousands of dollars was cutting edge for the day.

Today, anyone with a modicum of interest or talent can access a free tool called “Garageband” on an iPhone or Macintosh and actually have far greater recording power, for free, than the Beatles.

Imagine that: You may, right this second, have more recording power in your pocket than John, Paul, George, and Ringo had in all of Abbey Road Studios. You certainly have more than Elvis had at Sun Records.

Recording acts as diverse as the Gorrillaz ,Grimes, and El Paso’s own Khalid all have used the recording power of the free Garageband app to make music. The web is full of stories of how artists can now afford the once unaffordable.

Movies, music and books are not the only creations that have been democratized with technology. Anyone can record, produce and distribute their own radio show as a podcast. Over the years, the popularity of podcasts has exploded, running the gamut in both quality and length. All have some interest to someone. Want to become the next Casey Kasim and countdown your own American Top 40 each week? Want to create a weekly “Grumpy Old Man Yelling at the Passing Clouds” show? There is very little that prevents you from doing that other than your own inhibition.

Technology has moved that which was previously almost impossible to the common man. Probably no other company in the world has done more to democratize the creation of content than Apple, which has been credited with being the first with creating devices and software that allowed anyone to create; Apple has, over the years developed and released:

The list goes on and on. Apple likes to say that they make products that are at the corner of Liberal Arts and Technology. I like that approach. Computers should not be just about writing code, editing spreadsheets, and making Powerpoint presentations.

Recently Apple has promised to release an entire curriculum called “Everyone Can Create” which promises to help teachers show students how to become creators of content, not just consumers. Too often, teachers use computers to do the exact same thing that a pen or paper assignment could have done.

Having students create digital content not only is more interesting, it is also more engaging and research show that it can increase academic performance.

Occasionally, educators and the public will question the expenditure of funds on laptops or tablets for students, and if students are doing rote skills on digital devices, they are indeed a waste of money. However if students are allowed to create, to collaborate, to make content that just a few years ago would have been impossible to do without hundreds of thousands of dollars, then magic happens. When Technology and Humanities meet.

That is where the corner of Technology and Liberal Arts is located. And while it is still a crapshoot on whether or not anyone will like your product, that location, that special corner is where the magic of democratization of technology happens.

It is up to us to show our students the map to that corner.