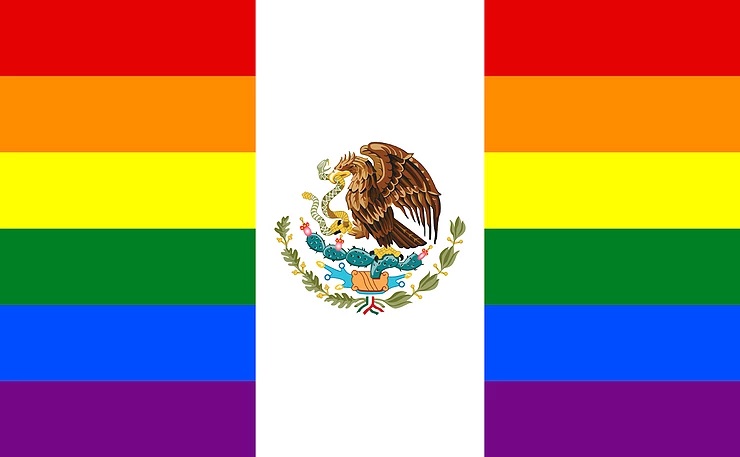 Ever since I can remember I knew I was gay. I grew up in a small town in the state of Chihuahua Mexico called Colonia Anchondo. My family on my father’s side were Mormons, and my mother’s family were Catholic.

While I was growing up as a queer person, I was attending to church every Sunday. My grandparents even used to pick me up to make sure that I wouldn’t miss church. I remember being bullied by all the other teenagers and even by the priest who was giving the mass.

While my classmates were wearing boots, riding horses, and working with tractors, I was in my room listening to Britney Spears. By the time I was 14 years old, I knew that I had to find the way to leave town. At that time, I was already experiencing trauma from the comments people made about my way of dressing or walking.

For example, the priest would say that homosexuality was a sin and anyone who had homosexual thoughts would go straight to hell. Imagine what it was like for a gay teenager to hear that!

Whenever there were family gatherings like at Christmas or birthdays, I always preferred to not attend, because I knew that I was going to be questioned by my family either about my sexuality or if a had a girlfriend. When that happened, I always ended up arguing with my aunts or uncles, and my dad would get mad at me for defending my rights.

There were times when I regretted being gay so much. I cried alone in my room and asked myself why I was born that way or had those feelings. Family and religion made me feel like I wasn’t worth it.

Since I was very young living in a ranch and didn’t know much about life outside, it never occurred to me that there would be support groups for the LGBTQ community. I thought that in the whole world being gay was a sin, and I couldn’t imagine living an open, accepted life as queer person.

Sometimes I wanted to die, because of the discrimination and oppression that existed in that little town and within my own family.

When I was about 17, I realized that there were people like me experiencing the same feelings. I saw that some chose to practically flee my little town and others decided to stay and not accept themselves as gay. On the contrary, many of them married women, because Catholicism taught that it was the right thing to do. I wondered if there were good people outside who would support and accept me as I am. I decided that I had to find the way to survive, and as soon as I turned 18, I left.

Though I’ve experienced other challenges since I left and I worry about the people in my home town, I don’t regret my decision to leave.

Because of my experience with religion in that little town in Chihuahua, Mexico, it’s still hard for me to believe in god and understand the perspectives of religious people. That said, I know that we cannot always control the ideologies of many people toward the LGBTQ community, but we can control our decisions and create our own families.

That hope is what has helped me cope with all the trauma experiences. I hope this story can inspire and help those who are experiencing social discrimination. I encourage you to seek support and know that there are good people who will be there to help and accept you for who you are.

LINK:  The Catholic Church and Mexico: The Struggle for LGBT Equality 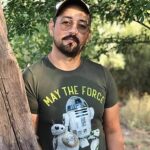 Edgar is a queer immigrant, a cancer survivor-amputee, and a Clinical Social Worker.

He likes listening to music, riding bicycles, and hiking. Edgar loves giving individual therapy and advocating for people dealing with depression and anxiety.

Column first appeared on the Borderland Rainbow Center’s site, and is republished here with their permission.