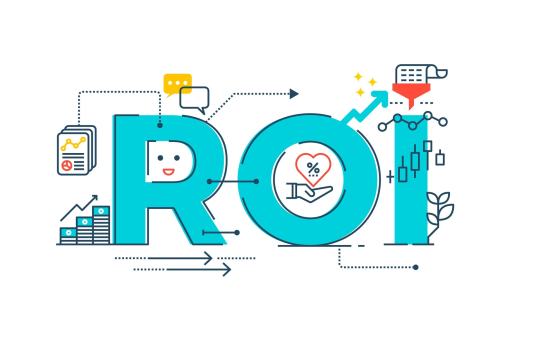 I cringe whenever someone speaks about education, or students, or teachers, in business terms. There just seems something morally wrong about the idea that children are widgets, that teachers are factory workers, grade levels are cogs in a wheel, and that schools are factories.

Yet, for people outside of education, and even many inside, there is this tendency to “business speak” about things that probably should not be spoken of like that .

However, in these days of “Data driven decision making” (a business term)  it is not hard to see why non-educators use business as the vocabulary of a non-business enterprises.

I once attended a panel discussion with some Texas legislators that focused on the discussion of technology in the classroom.

The panel consisted of two GOP legislators and one Democrat, led by a moderator, who asked general questions about their thoughts on what the Texas Legislature was doing about education technology that year.

The democratic panelist, considered a “friend of education” and a “good friend of technology in education” didn’t take too long to say something to the effect legislators were looking for a “Return on Investment” in ed tech.

After all he said, lots of money is spent on technology, how much of it is making a difference? How do we know it is worth the cost? Is it helping students “achieve?” What is the Return on Investment in ed tech? he mused…legislators want to know.

The legislator went on to state that he had never seen any kind of study that showed that the use of technology improved test scores. Never, saw anything that said there was a positive Return On Investment (ROI), another business term by the way.

The idea seemed to be this: Since HE never saw a study, then there must not be any studies. (I tweeted during the event that he obviously has never heard of Google. The reason I did that was because I knew he was following the conversation on Twitter.) There are many studies that show there is a positive ROI, such as, at the time, the finding of Project RED.

“Substantial evidence shows that technology has a positive financial impact, but for best results, schools need to invest in the re- engineering of schools, not just technology itself. Properly implemented educational technology can be revenue-positive at all levels—federal, state, and local.Project RED respondents report that technology contributes to cost reductions and productivity improvements—the richer the technology implementation, the more positive the impact.”

Since then, multiple research studies have found that the proper use of technology in school leads to increased scores, lower absenteeism, and lower overall operating costs. The state of Maine has one of the oldest 1:1 technology programs in the nation. What have their results been? According to research:

“Researchers found that students were more engaged and more actively involved in their own learning; this was especially true of students with special needs and those who were at-risk or low-achieving.”

“Students at the demonstration schools scored significantly higher in science, math, and social studies than did students at the comparison schools.”

North Carolina has had similar results as have many states since Project Red was first published, many research studies have reinforced the idea that getting technology into students hands not only is a great equalizer, but also a game changer especially for students who come from families that cannot afford technology.

This “Return on Investment-because schools-are-businesses” silliness has been going on long enough, and it is time that politicians and ankle- biting political gadflies stop looking at educational technology as an expense outside the learning tool experience. Education technology simply IS a part of the learning experience.

Each year it seems,  we have to not only justify technology expenditures in schools, but also training for instructional technology as budgets are cut locally and federally for both.

It is no wonder that cash strapped Texas districts have to hold bond elections to purchase tech for their students. It isn’t the expense of the devices, it is the slow strangulation of the funding for all education from both the state and federal levels that hits districts the hardest.

I have a suggestion: Let’s start looking at all those things we just assume are good for students to see if they really have a positive ROI: Let’s evaluate high school football and see how that affects student achievement.

Do all kids benefit or is it just a select few? If a school district spends $70,000,000 on a football stadium what is the ROI for all students in that district? Is there a positive return on investment?

Until someone can show a positive correlation between the expenditures on football and all student achievement,  then shouldn’t we just stop playing football in high school in Texas?

See how silly it seems when the argument is made for something OTHER than education technology?