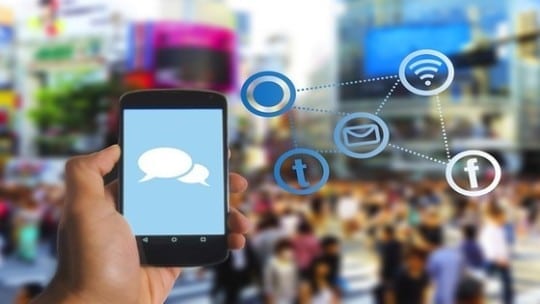 At first you were amusing, adding your thoughts in the “Comment sections” of blogs where every single other person was somehow suddenly a frikkin’ genius in whatever topic the blog entry happened to be talking about.

School finance? You know all about it because you paid taxes and drove by a school once.

Road repair? You are an expert because you paid taxes and you drove over a pothole in front of a school once.

Some tricky international finance regulation? You have an expert opinion because hey, you pay taxes and are convinced that illegal hoards of children are going to the school causing the bad road in front of it.

Global climate change? You know as much as those that have dedicated their lives to the topic because you paid taxes and drove over a pothole on a road in front of a school during an ice storm, therefore there cannot be any climate change and besides, you watched a 2 minute segment on Fox News.

It USED to be amusing. Now we want you to just shut up. You no longer amuse anyone that reads your comments. Really. Well, except for all the other geniuses that are also commenting with similar zeal on the same topic who are also insta-geniuses. As for the rest of us…

Your incessant commenting, based in nothing other than your “years of gut instinct,” is just foul. If anyone disagrees with your “authority by consensus” on blogs and newspaper comment sections, Twitter or Facebook, you try to verbally pummel them like an they were an intellectual 90 pound weakling on Muscle Beach. “Get out of here you moron, you suck, you commie. MAGA! Leave this to us experts. You don’t belong here. After all, I pay taxes and I have an opinion, and even if I really know nothing about the topic I will preach. You have the obligation to listen to me. I don’t have to listen to you. That’s the rules chump. Come back after your mental Charles Atlas course.”

So those that have deep understanding of topics and really have something to say, the new silent majority, just say nothing, leaving you pseudo-experts to talk amongst yourselves like so many birds in a tree chattering at the rising sun. Lot’s of noise, nothing being said. Mucho papas y no carne.

If you Google “Why I left Twitter” you will find hundreds of thousands of people, many experts in their fields, who have given up on social media because there is now much more chaff than wheat, and uninformed users cannot separate the two nor are willing to do a little extra work to try.

Instead of that climate scientist with 45 years of research behind him commenting on your blog about the weather, you have Uncle Bob, who just got finished reading an article on Breitbart by a former Dancing with the Stars D-List celebrity and now has a mental PhD in all things having to do with climate change and weather.

How is it that so many of you are all of a sudden experts in every single topic even though you have no formal training of any kind of the topic? How is it that you suddenly know everything from foreign relations to economic policy to education theory to immigration reform? Could it be that you are confusing your opinions with facts?

Opinions, my father once said , are like noses: everyone has one. Well, he didn’t say noses , he used another part of your anatomy.

Facts however, are facts and there are not multiple ways to interpret them. Gravity works the same pretty much everywhere in the known universe. You cannot dispute the facts about gravity. You can have an opinion about gravity not working, but your opinion does not change the facts.

I fear that you are suffering from something called the Dunning-Kruger Effect in which there is no cure that I am aware of.

The Dunning-Kruger Effect, named after a pair of psychologists that first noticed it in 1999, is fairly simple to explain: Incompetent people fail to realize that they are incompetent because they lack the specific knowledge they would need to realize their incompetence.

You don’t know that you know nothing about public education because you are not an expert in public education. You think you know a lot about global climate change when in fact you know little or nothing. Your lack of knowledge, according to Dunning and Kruger, gives you a false sense of security that makes you believe that you know more than you actually do.

And before I hear “Hypocrite” screamed from your keyboard, yes, the Dunning Kruger Effect affects everyone, including this author on occasion.

Many of you no doubt have gone to Web-MD and self diagnosed some type of malady before going to your physician. That funny lump has to be cancer because Web MD told you so. You then run off to your doctor and begin the conversation with “I know what is wrong with me.”

In almost all cases, you are wrong, but because you suffer from the Dunning-Kruger Effect, you THINK you have an expertise in an area where you have no expertise. You then want to second guess your physician, even though she is the expert and you are not. She could then diagnose you as suffering from severe Dunning-Kruger Effect but she is too nice to tell you. They taught her how to deal with you in medical school.

Suppose you left a biting (in-your-mind) clever comment on this article in the “Comment” section below. After a day or two, I decide to delete your comment because, well it was just stupid and off topic. Would you then yell “My First Amendment Rights have been violated?” Of course you would, because that is what you do.

You would then pull out your free Heritage Foundation shirt-pocket copy of the Constitution and wave it in the air, claiming that somehow, your right to free expression had been trampled on by unseen liberal mainstream media forces and members of the deep state. And of course you would be wrong because the First Amendment applies only to the GOVERNMENT and free expression, not this publication. But you would still think you were right, even though you were not because you are not an expert. But because you know little or nothing about the contents of the Constitution, you do not know what you do not know.

No matter what is said to you or shown to you, you would think that somehow, your right to free expression has somehow been violated, when in fact, it had not. Dunning-Kruger. The ignorant thinks they are experts because they are too ignorant to know otherwise. That is why you think vaccines cause autism, that Hillary ran a child sex ring in a pizza restaurant, and we never walked on the moon.

Even if you wanted to, how could you overcome the Dunning-Kruger Effect so that your specious blog comments will start to make sense? Actually, it is very difficult, mainly because your biases are hard to overcome and you hang out in internet echo chambers where others suffering the same Dunning-Kruger effect on the same topic hang out.

If you get 90% of your news information from Fox and the other 10% from Rush Limbaugh and NRATV, your are only reaffirming your bias, not looking for alternative points of view. (If you want to see the long term affects of this affliction, simply watch Sean Hannity for 15 minutes. It isn’t pretty.)

Even with education, you still will retain some of the bias you had prior to learning. A classic study of Harvard students who incorrectly thought the seasons were caused by the earth’s distance to the sun were re-educated on the actual cause (the tilt of the earth towards or away from the sun) then later showed that they mashed up their old beliefs with the actual reason when they were educated on the actual cause, the facts, of the reason for the seasons.

They didn’t replace the incorrect with the correct; they did mental acrobatics and blended the two together, so they still had the incorrect information in their minds.

So do us all a favor Mr. Know Everything: Get out of your echo chamber of people, websites, and news programs that always agree with you and educate yourself a little bit on the FACTS of a topic before you hit the “Submit” button on your favorite blog. Learn the difference between an opinion and a fact. If you do that then you, and the comment section, will become so much more interesting. And I might just start reading it again.