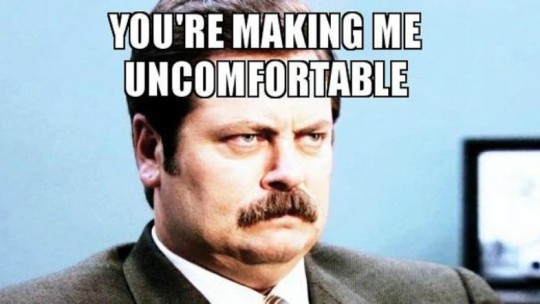 “There’s only two things I despise: Those who are intolerant of other people’s cultures… and the Dutch.” —Nigel Powers, Goldmember

When I was a much younger man, still in college, I was a bartender at the old Jaxon’s Restaurant on North Mesa. In those days, the best shift to have was Friday night, because all of the yuppies at the time thought Jaxon’s was a happening place. You could live for a week from the Friday night tips.

Jaxon’s loved the upwardly mobile crowd. The ones that would buy top shelf margaritas to impress the ladies. Of course the worst shift to have was Saturday morning because it was, well, Saturday morning, and Jaxon’s was usually terribly slow at that time.

If you were scheduled for a Friday night good shift, you probably got a Saturday morning dumpy shift.

I remember one slow Saturday morning in particular when a rather ragged looking man and his companion came into the bar area, sat down and waited patiently to be waited on, by me.

This person was not the typical Jaxon’s yuppie customer.

He was wearing torn jeans, had long, unkempt hair, tucked under a very old cowboy hat, ragged shirt that looked like it had come from the place where Goodwill sends their rejects. His companion not much different, but she did have some turquoise rings on her fingers.

Frankly, they both looked to the younger me like dispossessed persons. Anyone that has worked in a restaurant has experienced this and each establishment has different ways of dealing with down-on-their-luck folks that might wander in.

After giving them menus, I went to the manager on duty, as we were instructed to do in situations like this, and told him that I thought there was a vagrant in the bar area.

When the manager came around and looked through kitchen window into the bar, he laughed and turned to me.

“Don’t you know who that is?” he asked

“That is the world famous artist So and So. And that is his wife. They must be in town for a show. They live in Santa Fe, but he always stops here when he is in El Paso. Look we even have one of his original paintings on the wall over there.” He then told me to come into the parking lot and he pointed out a broken down station wagon with New Mexico plates that looked like it had been driven 1,000,000 miles. The back window was open, and you could see oversized canvases wrapped in plastic bags sticking out the back window.

“I bet there is a quarter million dollars worth of artwork in the back of that old station wagon” he said. He then looked at me and said “Pretty funny huh?”

Different, I learned clearly that day, is not bad. Looks are deceiving. I never forgot that little life lesson in judging books by their covers. Since then, I have tried my best not to judge, lest I be judged.

I was reminded of my Jaxon years when I read recently of the incident when a Portland Oregon Double Tree Hotel employee called the police on an African American man, a hotel guest, that was reading the newspaper in the hotel lobby. Black man in a hotel lobby. Reading. Hmm. That doesn’t sound right. Call the police.

In November, police in Kirkland, Washington helped the owner of a frozen yogurt shop kick out a black man because employees said they felt “uncomfortable.”

In April, Philadelphia police arrested two black men at a Starbucks coffee shop after a manager called police to say they refused to make a purchase. They were waiting for a business meeting.

And who could forget the 8 year old black girl who was selling cold bottled water on a hot and a white woman called police because the girl “didn’t have a permit?”

Who makes you feel uncomfortable? The Mexican American twenty something with the tattoos on his face? The teenage kids in the car next to you playing their hip hop just a little too loud? Those funny Arab looking people speaking a language you never heard of? The man with the turban and the long beard? The woman in the check out line using her WIC card with the four kids?

That uncomfortable feeling you have is nothing more than your unease with people that are different than you. Just as I was uncomfortable with the artist, we tend to fear those that we do not know much about or are told we should fear.

But where are we learning to be uncomfortable?

Remember on December 26th when, sadly, a police officer in California was shot to death by a person illegally in the United States? You probably heard all about that case. It was all over the news. Right-wing media made it the most of it because it was a classic case of the person you have been taught to fear (illegal immigrant) shooting a person we are not supposed to fear (police officer).

Pictures of the young officer made it from CNN to ABC, to of course, FOX news. One person shooting one person. All over the news. An “illegal.” Trump tweeted about it. The message: Those Hispanics, especially the immigrants, are bad. You should be uncomfortable is the message. Let’s build a wall to keep them out. They are dangerous. It is a national emergency.

Perhaps you may not remember that also on December 26, 2018, in St. Charles Missouri, a man named Richard Darren Emery, shot and killed Zoe Kasten (8 years old), Jonathan Kasten (10 years old) their grandmother (61 years old) , and their mother. He led police on a chase which resulted in a carjacking where he stabbed a driver seven times.

Now, both crimes are horrific, but which one, in reality, was worse? The one murdered police officer or the 4 family members, 2 of which were children? Which one did you hear about? Do you think it made a difference that the family killer was a white male?

Where are you learning to be uncomfortable? Are you scared of white males?

Truth be told, far more murders are committed nationally by white makes than by illegal immigrants. But you don’t see that headline do you?

Where are you learning to be uncomfortable? Maybe we should all hang out a little more at places where a diverse crowd of people come in. Like the old Jaxon’s.