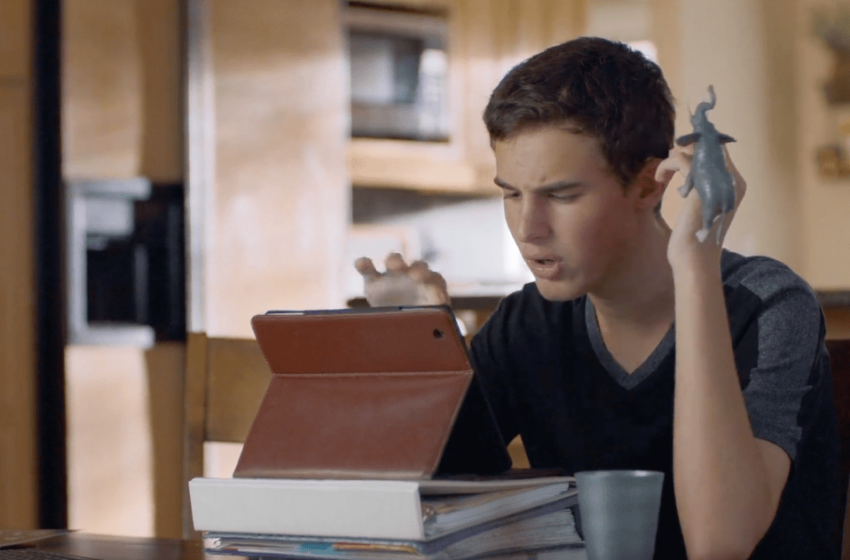 Take a look at the video above.   Pretty powerful stuff huh? I cringe whenever I hear someone say something derogatory about the use of technology in our schools.

“We buy anything with blinking lights.”
“Stop spending money on gizmos and doodads”
“If we just taught, then kids wouldn’t need all that fancy stuff.”

If I only had a nickel for every time I had heard something like that. (It usually comes from someone that either does not like technology, does not understand it, or is jealous that kids are getting better computers than they have.)

This video is about an autistic student names Dillan. It is, as Mashable said “…an important departure from the way many non-autistic people often think of autistic individuals, especially those who are nonverbal. People on the autism spectrum aren’t always given agency or control over their own narratives — their stories are often filtered through well-meaning family members and caregivers looking to spread awareness. But Dillan, like most 16-year-olds, is a teen with a lot of thoughts to express — and he can say them all. He just uses a tool to help.”

You probably went to school and knew a kid like Dillan.

When I was in elementary school during the 1970’s, all the “Dillans” were placed in a room together and never mingled with the rest of the student population. Their room was next to the Kindergarten class.

The “Dillans” were “special” and even ate lunch and got out of school at different times than the rest of the population. We have come a long way over the years, and now the “Dillans” are integrated into regular classrooms as a matter of course.

But how many children like Dillan have something to say and cannot simply because they do not have access to the technology tools that allow them to speak?

How many kids did I grow up who had no voice simply because there was no technology available?

Harlan Ellison has a story named “I Have No Mouth Yet I Must Scream.” I think that title probably expresses how many, if not most of all those “Dillans” lived back in the day and probably many today where there is no money to purchase tools like the iPad that Dillan uses in these videos.

Of course, these are slickly produced videos from the largest technology company in the world, but the point is, technology, whether it comes from Apple or Google or Microsoft has the ability to transform not only the education experience of our students but, frankly in many cases, entire lives.

We just have to use it to its full capability. Dillan is just an example student. Technology, I believe, can transform the learning of ALL students, no matter the capability, from those that need a little extra help to those that are self-motivated to learn.

Next time you hear someone complain about all the money being spent on the gizmos and gadgets and doodads that school districts purchase for students, show them Dillan’s story.

Then ask them why aren’t we spending more?