On Thursday, President Donald Trump announced that the US would be withdrawing from the Paris Agreement on Climate Change; below is a statement posted to Facebook by El Paso Congressman Beto O’Rourke, regarding his feelings on the President’s decision.

Today, President Trump announced that the United States will withdraw from the Paris Agreement on climate change—one of his worst executive actions to date. In 2015, the U.S. agreed to modestly curb greenhouse gas emissions and provide funding to help developing countries adopt renewable energy at a faster rate.

The U.S. pulling out of the agreement signals to the rest of the world that we don’t intend to reach our emissions targets and that we will not be making those contributions.

The practical effects of leaving the agreement are dire. The primary goal of the Paris Agreement is to keep worldwide average temperatures from rising more than 3.5 degrees Fahrenheit above the pre-industrial era. Right now, we’re already almost halfway there and we’ve seen storms that have destroyed billions worth of property, shrinking ice caps, and droughts that have resulted in political instability and even wars.

Most importantly for El Paso and the state of Texas, it’s estimated that by 2050, the number of extremely hot days in Texas (temperatures exceeding 95 degrees) will double, resulting in an estimated 4,500 additional heat-related deaths. Additionally, it’s estimated that there will be a $650 million per year increase in storm-related losses along the Texas coast.

By taking the U.S. out of this agreement, all of these problems stand an increased chance of getting worse.

Just as important, President Trump is sending a signal to the rest of the world that the U.S. is no longer interested in being a world leader. Any progress we make economically, diplomatically, and militarily all depends on our credibility as a nation. By pulling out of the agreement, we are signaling to traditional and potential partners that they cannot depend on Americans to stick with them during difficult times.

Leaving the agreement also means we’re going to let others lead on what the world’s renewable energy future will be. Doing so puts our domestic wind turbine and solar panel manufacturers and other renewable energy providers at a disadvantage relative to countries that are participating in the Paris Agreement. This is a mistake at a time when our state is home to nearly a quarter of the country’s wind power jobs. Texas is a leader in renewable energy production, and El Paso is poised to play an important role. Diminishing the U.S. role will have direct effects on our local economy.

Removing the U.S. from the Paris Agreement makes us one of only three countries, along with Syria and Nicaragua, to not join—even North Korea is part of the agreement. Historically, the U.S. has put more carbon into the atmosphere than any other country, so we must be a leader in curbing worldwide emissions.

I’m hopeful that the rest of the world continues to make progress on this front, and that we can revisit and rejoin the effort once we have a Congress and a President willing to lead because we have much to gain, and even more to lose. 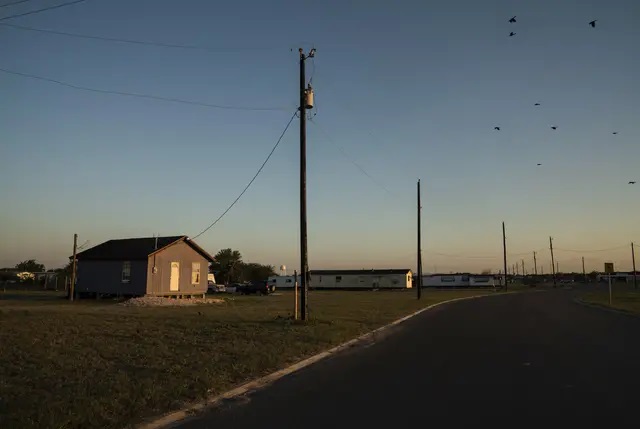