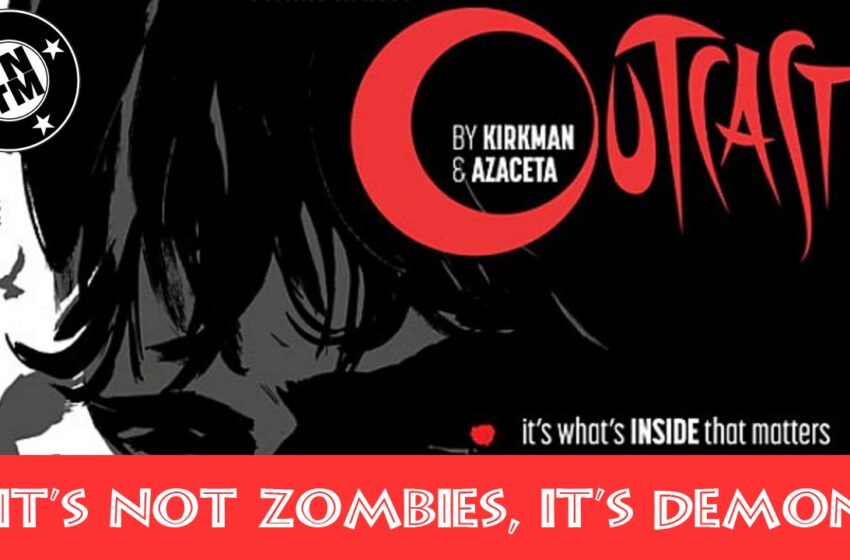 Jack and Troy talk about the upcoming Cinemax series, Outcast, based on the comic book series by Robert Kirkman.

Kyle Barnes has been plagued by demonic possession all his life and now he needs answers. Unfortunately, what he uncovers along the way could bring about the end of life on Earth as we know it. It begins here with this terrifying new horror series from THE WALKING DEAD creator Robert Kirkman and artist Paul Azaceta.

It is a supernatural horror that chronicles the story of Kyle Barnes, a man whose loved ones are involved in demonic possession since his childhood. As an adult, with the help of a reverend, he tries to unveil what lies behind the supernatural manifestations and why he seems to carry special peculiarities.

The first issue of the monthly comic was published in 2014 by Image Comics. Before the first release, Kirkman also began to develop a television adaptation, whose rights were bought by Cinemax.

First published in 2014, there are only 14 issues out so far. Interestingly enough, before it even hit comic-book store shelves, Outcast was being developed as a television series by Kirkman, and it was premium cable channel Cinemax that snagged the rights to the series set to air in 2016.

After a two years long development, the project was officially announced on October 2013 at New York Comic Con. Kirkman said it was the first time that he already had a clear ending in mind when he began to write the comic book.

He described Outcast as an epic horror story, hoping to give real scares to readers unlike The Walking Dead. In the first issue Kirkman also stated that first orders were higher than the last Walking Dead issue.