An unusual visitor started making regular appearances at the construction site of the Thomas Manor Park Pond Improvement project a few months ago.

As construction workers and engineers worked to deepen the pond and expand the stormwater infrastructure, they discovered an owl in the area.

“We got a call from the contractor that there was an owl living on the site,” said El Paso Water Project Manager Ryan Stubbs. “It was living in a spot where they had done some work. It moved over to another spot and kept moving to different areas of the project.”

After discussing the matter with the project consultants and the landscape architects, the decision was made to contact Texas Parks and Wildlife.

“They were very concerned about the owl living in a drainage pipe because they were going to have to move that pipe,” said Lois Balin, Urban Wildlife Biologist for Texas Parks and Wildlife. “I went and assessed the situation to see what we could do.”

The owl living in the drainage pipe is a male burrowing owl, a bird federally protected by the Migratory Bird Treaty Act in the United States, Canada and Mexico. Burrowing owls are listed as Endangered in Canada and Threatened in Mexico.

They are a Bird of Conservation Concern at the national level in three U.S. Fish and Wildlife Service regions, and they are listed as a Species of Concern at the state level.

“The workers were sure there was a pair (of owls) in the area,” Balin said. “I started looking for evidence of a pair because we were approaching breeding season.”

Because of their special status in the state, Balin said it’s especially important not to disrupt owls while they are breeding. But because it was early on in the season, there was a possibility the female owl had not begun laying eggs. Using some cameras, Balin looked for evidence of a nest.

“Luckily for the project, it hadn’t laid any eggs yet,” Balin said. “So I knew it was okay to make a habitat for them in a safer area. The owls would find it and move in on their own.”

Balin builds habits for burrowing owls, but she usually installs them alone with a shovel. It typically takes her an entire day to dig and bury the habitats. But the contractors were not going to let her tackle that project by herself.

“They were so helpful,” Balin said. “I’ve never worked with a more delightful crew. They brought their heavy equipment, which made it so easy and efficient.”

With the help of the crews, two underground shelters with built-in tunnels were quickly installed in less than an hour. One shelter is for the female, nest and hatchlings.

The second shelter is the “man cave” where the male will sleep when he is not hunting or guarding the other burrow.

“They seem to be doing just fine,” construction Foreman Jerry Patton said. “We wondered how long it would take them to find it. Lois said they would find it right away. We were kind of doubtful. But we noticed two days later, they had moved in.”

For Gisela Dagnino, Engineering Division Manager for Stormwater Technical Servies, the owls have been an excellent reminder that although EPWater projects provide great benefit to the community, they may impact wildlife and nature.

“We have to be mindful of the community, but also of the flora and fauna that we may disrupt,” Dagnino said. “I believe our projects can be successful and beautiful without having a permanent detrimental effect on nature. It was up to us to make these owls safe.”

As the project comes to a close, EPWater and Texas Parks and Wildlife will work with the landscape architects to ensure that the area has the open space the owls need to thrive. According to Balin, additional warning signs and perhaps some form of soft fencing will be installed to protect the birds from human intrusion. Thomas Manor Park is scheduled to be in full use by the fall of 2019.

“El Paso Water, Parks and Recreation, the consultants and the construction company should be commended for protecting these birds,” Balin said. “El Paso is fortunate and blessed to have these adorable, little owls living amongst us. They eat all kinds of insects and rodents, so they’re good for the environment. But we all need to appreciate them, at a distance.” 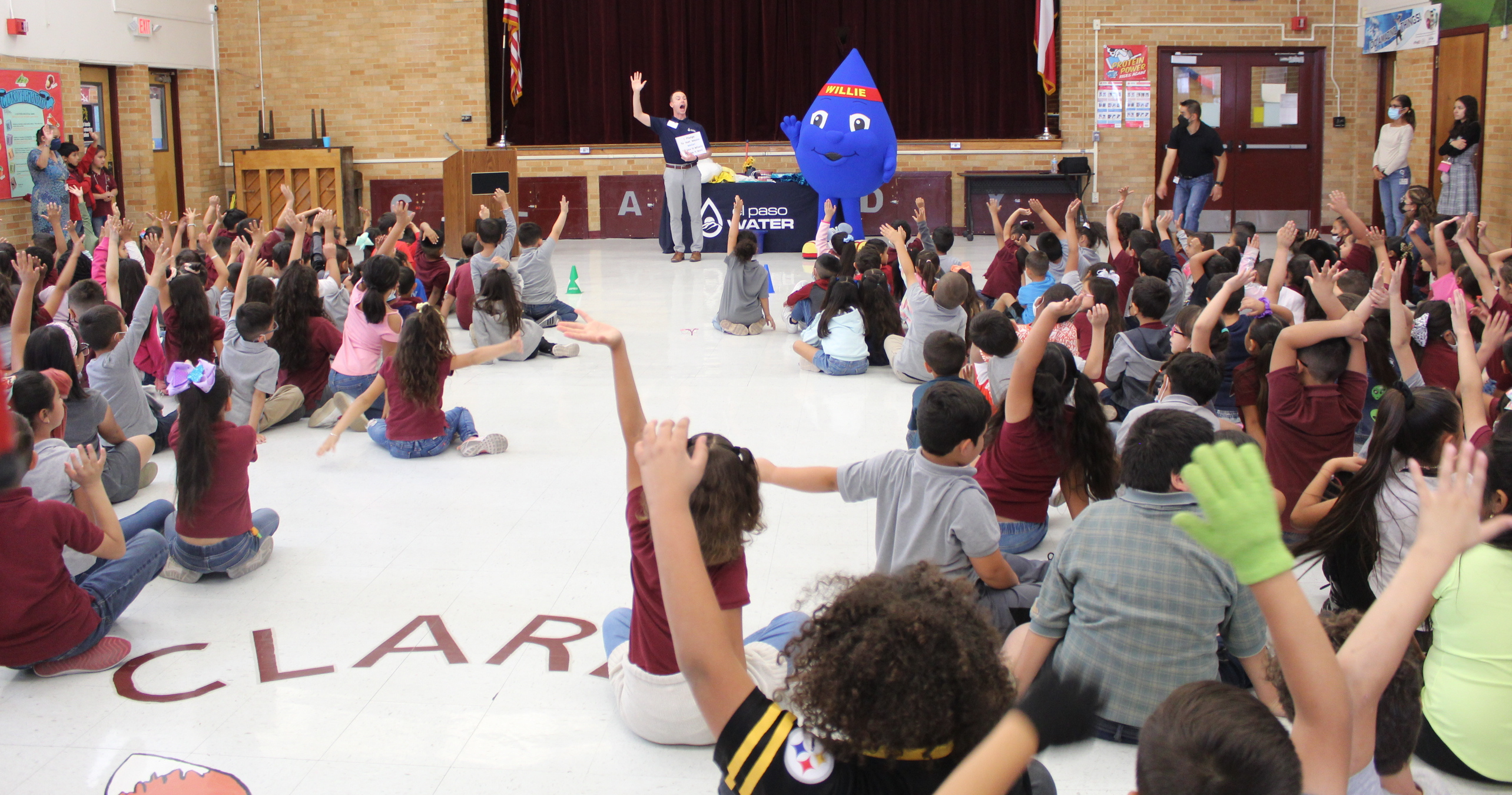 EPWater – Willie makes a splash with...